How important was the repeal of the Calico Act in 1774?

The repeal of the Calico Act in 1774, was, without doubt, one of the most pivotal and important decisions taken during the Industrial Revolution but the textile market at the time was complex.

Cotton was grown in India and Egypt as the basis for cloth, but in England up to early 1700’s, wool was used as the basis for cloth making. The world of commercial trade was changing rapidly. The economy was becoming more sophisticated and the markets more complex and government was lagging behind in terms of regulation and control. The central government was responsible for foreign trade but most other internal trade was left to local authorities to sort out. Local authorities tended to be self serving, so they often ignored or evaded regulations if they did not suit their purpose. In this way many merchants dodged the Calico Act but the repeal of the Calico Act some fifty years after it was introduced, was a landmark moment.

What was the Calico Act? 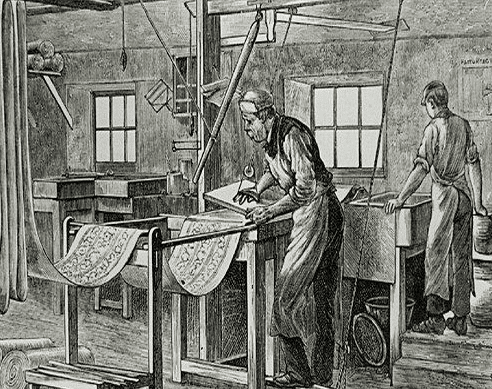 The Calico Act when it was passed in 1721, had important loopholes which exempted ‘fustians’ from prohibition. Fustians were coarse cotton cloths that looked like calicoes.

When the Calico Act was repealed, capital flooded in to invest in efforts to invent machines to help the British cotton textile industry. It needed to become competitive with the cheap, labour intensive, cotton production from the East.