What Caused the Industrial Revolution?

What caused the industrial revolution, why did it burst upon 18th century Britain?

The industrial revolution has been described as a period of scientific enlightenment. A burst of invention and thinking that, bullet like, propelled itself into the heart of society and lodged there. What spurred the industrial revolution into action? Why did people stir themselves to invent and suffer the brickbats from certain groups in society?

The Industrial Revolution was, fundamentally a technological revolution and in trying to understand its progress, it is necessary to focus upon the inventions and the sparks for these inventions.

The social context of invention during the Industrial Revolution

The speed and direction of information and knowledge flow during this period cannot be under estimated. What was the cause, the source of invention and what incentives were there for inventors such as John Kay, who faced incredible opposition to his invention from all quarters?

The incentive to invent was money. We might consider an ‘enlightenment’ amongst like minded people, drawn together in a romantic quest to further innovation and invention but we’d be wrong.

During the 17th and 18th centuries, Britain had established itself as a trading and commercial success. It dominated and exploited the trade routes and stuck its imperialistic boot in where it could. The result was economic growth. It was able to put together a structure of demand, pricing and wages that created a successful economy unlike anywhere else in the world. Wages were high and perhaps more essentially, energy was both abundant and cheap. However enlightened a group in society might have been, when it came to moving away from thoughts and ideas, to the reality of production and invention, it was tinkering on the edges. What allowed the Industrial Revolution to progress was a buoyant economy. The Industrial Revolution was simply a response to the economic opportunity. 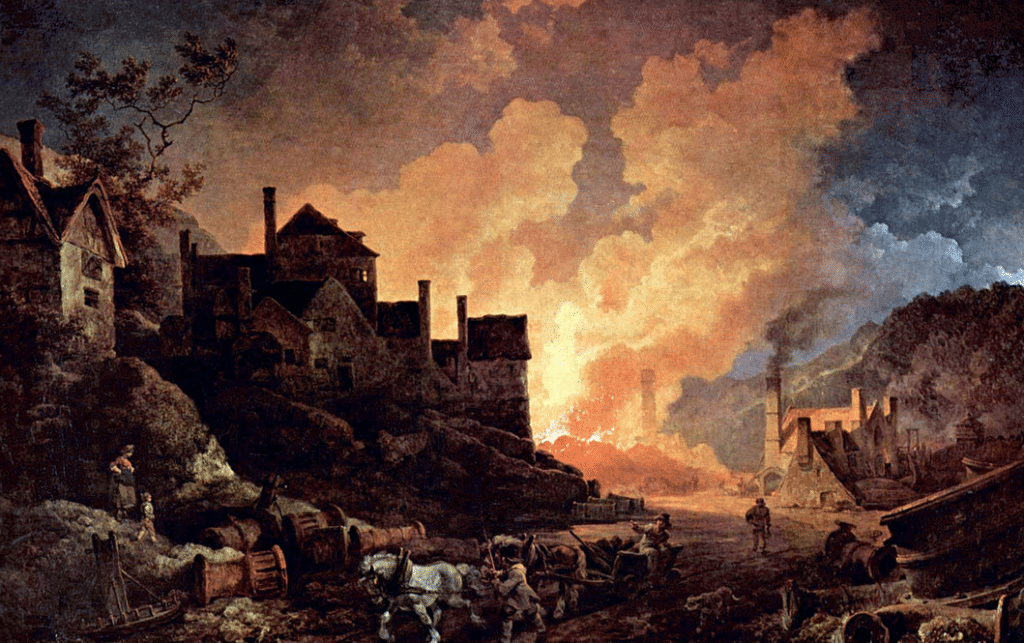 Coalbrookdale at Night by Loutherbourg 1801

Inventions therefore, were born out of the desire to make money

If wages are high and energy costs low, it makes sense to mechanize a task. This removes a prohibitively high labour cost and exploits a cheap and abundant energy supply. If an invention was to recoup its productions costs it must be capable of  producing lots of ‘products’. So scale becomes an important issue and the next development, the rise of the factory based system of production becomes the inevitable next step.

Hard nosed economics are the spur for the industrial revolution. The puzzle of why John Kay and his fellow inventors continued despite facing death threats and ruin from machine breakers becomes more understandable if, they were driven by the chance of making big money, rather than by some scientific, engineering ideal.

Bring on the water pumps, the Newcomen engines that could drain the coal mines and the improved steam engines of Watts and Boulton that followed. The potential energy supply problem needed to be addressed to maintain profits. 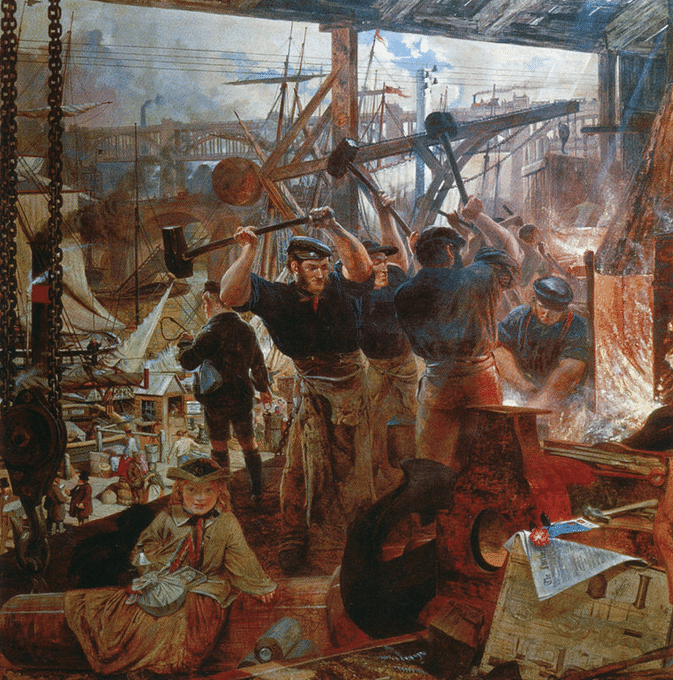 But why was there such a collective of inventions?

Rather than the idea of scientific stimulus bringing together like minds who produced complimentary inventions, the reality is, a lone inventor would have found it hard to commercialize his product from a single business. Complimentary inventions were necessary, in which costs of development were shared, progress increased and yes, ideas shared as well. Like a colony of ants, each inventor brought his own skill to the party and the greater good was served.

Alas, for the worker, little thought was given as to the consequences of such an economic strategy

Durkheim and Marx plus others, largely blamed the alienation of man from the product of his labours as the source of great and substantial social unrest.  Conditions for workers did not improve, they got worse, where were the enlightened thinkers who would consider the immense pressure placed upon the poorest members of society? They arrived eventually, in the form of social reformers but the price paid by ordinary folks for commercial gain of individuals was immensely high.