The Lunar Society bringing together brilliant minds happened because of a full moon. Those who joined together to become the ‘Lunar Circle’ or ‘Lunar Club’ as it was formerly known in 1775.

The meetings of these fellows, with such fertile minds changed an age. The original ‘Lunarmen’,  gathered together for lively dinner conversations. They met on nights of the full moon, so that they might have a safe journey home, in the absence of street lighting,  from their Birmingham meeting place.

They met around Birmingham, between 1765 and 1813 when the city was the hub of the Industrial Revolution and as such it brought together some of the most brilliant and forceful thinkers of their time. It was an exclusive club, carefully picking out its members of whom there were never more than fourteen at any time. It encouraged others to join them as special or visiting lecturers, names such as Richard Arkwright, Benjamin Franklin, Jefferson, Anna Seward and many others are also attached to the Lunar Society. 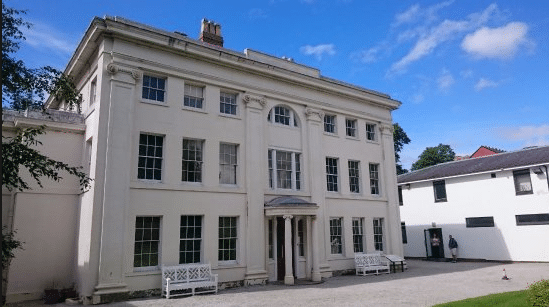 Members of the Lunar Society.

The list of members is quite extraordinary and includes some of the greatest industrialists and scientists of the age. At the heart of the society were two men, Mathew Boulton, one of Britains most important industrialists and indeed it was in his property of Soho House in Birmingham that the meetings took place and Erasmus Darwin grandson of Charles Darwin and an inspirational thinker. James Watt partner of Boulton was also involved. From just up the road Josiah Wedgewood, Charles Darwins other grandfather, the innovative potter and social reformer. Alongside these industrialists were the scientists and a plethora of chemists. The completely radical polymath Joseph Priestly, who listed amongst his wide ranging achievements the discovery of oxygen. James Keir and his soap for the masses, Robert Johnson chemist. Mathematician William Small and botanist William Withering.

The aims of the Lunar Society.

This was no esoteric, academic, other wordly gathering of people. These fine minds came together to apply their knowledge or the knowledge of others to the newly emerging industrial and manufacturing world. They knew they and Britain were on the cusp of momentous change and they wanted to harness it for the good of mankind. They saw the Industrial Revolution as an opportunity to do a great deal of good for a great number of people. By pulling together all the threads they believed that everyone could benefit from a more enlightened society brought about by the sharing and application of brilliant ideas and processes.

The Lunar Society was at the heart of what has been termed the ‘Midlands Enlightenment’ in the heart of Britain in Birmingham. They themselves had an enlightened outlook, they came together not as a political group to discuss society and the merits or otherwise of courses of actions taken by respective governments. It is interesting to reflect upon how they viewed the aristocracy, these were men whose wealth fame and fortune had by and large been made by their own honest toil. They wanted to see the power of the landed gentry and indeed the church reduced. They wanted ordinary people to be given the opportunity to flourish as entrepreneurs. All of course probably reflecting their own positions.

Their debates brought together philosophy, arts, science and commerce, and as well as debating and discovering, the ‘Lunarticks’, as they liked to be known, as against ‘lunatics’also built canals and factories, managed world-class businesses — and changed the face of Birmingham.