Stand in awe when looking at the genius work of James Brindley canal builder because it was his ability to solve the problem of a new canal system that could navigate hills that created the opportunity for the Industrial Revolution to flourish.

The new industries powered by the new machines depended upon a modern transport system, to bring coal and other materials in and take the finished products out. Primarily the canals were built to move coal.

These were heavy goods which needed to be moved in volume many miles. Goods needed to be taken from the point of production to the ports, raw materials such as coal and iron ore needed to be hauled and fine goods such as china needed to be carefully moved.

In the late 17th century, masterful attempts had been made to dredge and widen the navigable inland waterways but they were not going to be the answer for the new industrial centres. 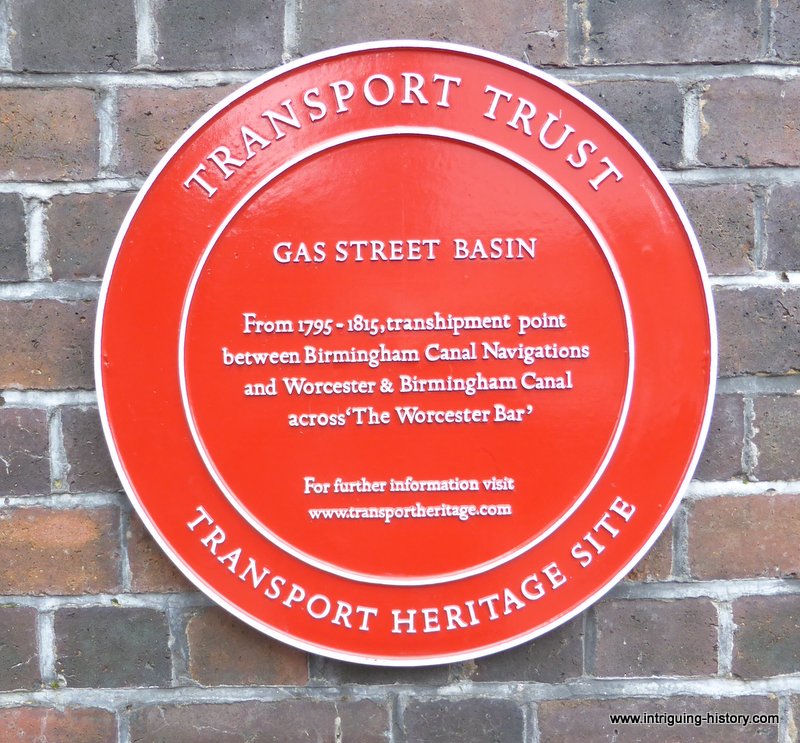 James Brindley, engineer was approached by the Duke of Bridgewater

The Duke of Bridgewater was a colliery owner with a problem. He needed to sell his coal into the emerging industrial areas and he wanted to move it in bulk. He called on the young James Brindley who was brilliant but illiterate to engineer a canal from Worsley to Manchester. It was not going to be easy for the Duke of Bridgewater to get the support of Government for what was, to put it bluntly, a way for Bridgewater to make himself a very rich man.

The Tories made head against the Duke 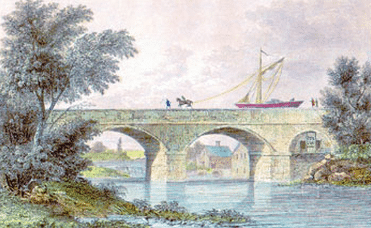 James Brindley’s Barton Aqueduct with a barge being towed by a horse.

James Brindley had already established a reputation in the mining industry and was working for Earl Gower, surveying the route of a proposed Canal from the Trent to the Mersey. Gower was brother in law to the Duke of Bridgewater. The two men, listening to Brindley’s suggestions, changed tack. James Brindley was not a literate man but he was an intuitive engineer and a problem solver. The new route included a Stone Aqueduct, over the River Irwell at Barton, therefore joining Trafford Park to Streford and Manchester. The aqueduct carried the canal 13m above the river. This ability to problem solve and think so creatively, made him the outstanding engineer we now recognize.

Worsley Old Hall, was the scene of prolonged meetings between the Duke and his advisers when preparing to submit a change to the Bill which was being presented to Parliament. This was passed in March 1760 to give approval to the change of route. Brindley, a straight talking man, was able to appease any doubters in the Parliamentary Committee by demonstrating his ideas for Barton Aqueduct by making a model from a cheese.

This renowned engineering feat, ridiculed by many, crowned the success of the Opening of the Canal on 17th July, 1761.

Perhaps the greatest legacy James Brindley left was his use of ‘puddled clay’ to line the canal and provide a watertight channel. He also experimented with locks, which allowed him to have more flexibility when driving the canals into the heart of the industrial centres.

More and more canal commissions came his way, in particular one from a group of Birmingham businessmen, members of the Lunar Society. The main businessman was Matthew Boulton, partner of James Watt and owner of the Soho Factory in Birmingham. 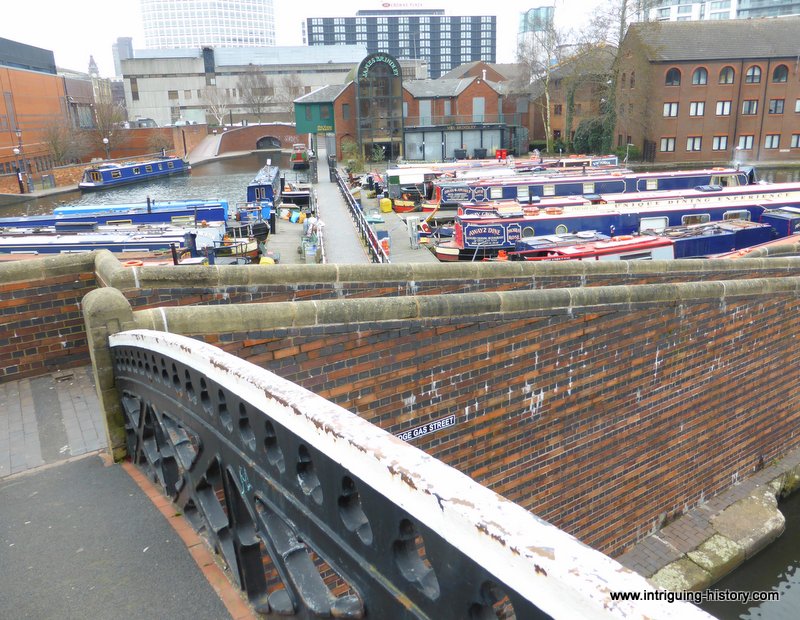 They wanted to build a canal from Birmingham linking it to the Staffordshire and Worcestershire Canal, through the coalfields of the Black Country. In 1768, an act of Parliament allowed the building to go ahead. The first phase of building was to Wednesbury. The cost of coal brought from the coal fields to homes in Birmingham, reduced by half.   Two terminal wharves were created in Birmingham. The remains of this complex of canals and junctions and basins can still be seen in the area of Gas Street Basin. 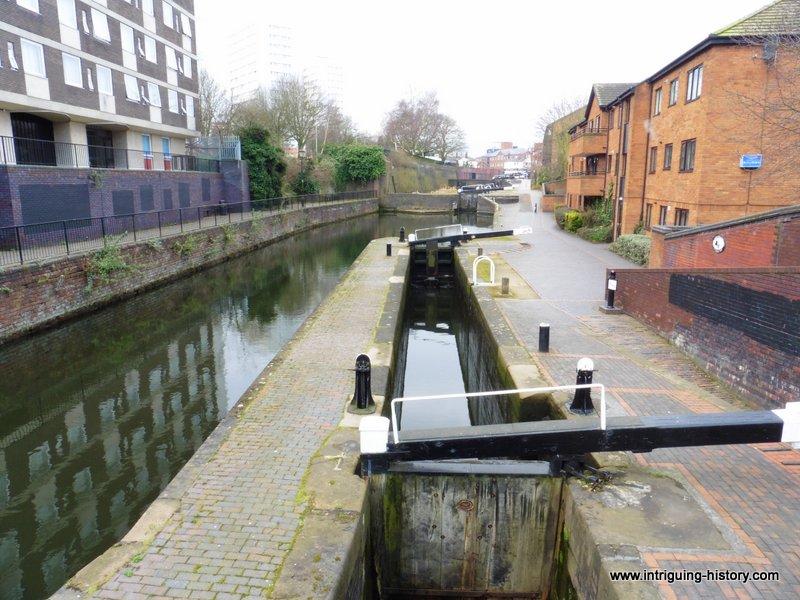 Brindley’s locks on the Birmingham Canal

The work continued but James Brindley became ill, he was attended by Erasmus Darwin, grandfather of Charles Darwin and a member of the Lunar Society. He died before the canal system was completed. Using James Brindley’s method of following the contours of the land, the canal was finished, being 22 miles in length. It went to the mines, to the factories, including the Soho Factory, penetrating the heart of the industrial Midlands, the driving force of the Industrial Revolution. 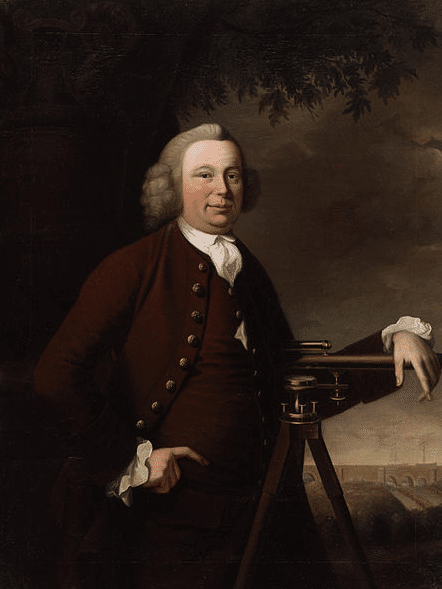 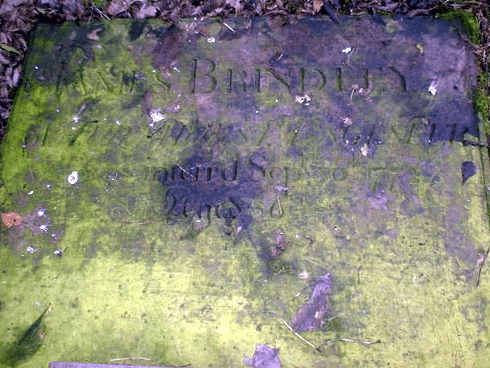 His epitaph from the Chester Courant on 1st December 1772

JAMES BRINDLEY lies amongst these Rocks,
He made Canals, Bridges, and Locks,
To convey Water; he made Tunnels
for Barges, Boats, and Air-Vessels;
He erected several Banks,
Mills, Pumps, Machines, with Wheels and Cranks;
He was famous t’invent Engines,
Calculated for working Mines;
He knew Water, its Weight and Strength,
Turn’d Brooks, made Soughs to a great Length;
While he used the Miners’ Blast,
He stopp’d Currents from running too fast;
There ne’er was paid such Attention
As he did to Navigation.
But while busy with Pit or Well,
His Spirits sunk below Level;
And, when too late, his Doctor found,
Water sent him to the Ground.