Three Abraham Darby’s, it’s all in the genes

Three generations of Abraham Darby’s made an immense contribution to the Industrial Revolution. It took time for news of their discoveries to spread. It was not until 1760 that news had spread widely enough to produce the great iron making centres in the Midlands and South Yorkshire but once it had, the iron producing industry changed forever.

Abraham Darby was born at Wren’s Nest near Birmingham, where he was later apprenticed as a metal worker. He was brought up and educated as a Quaker and showed great discipline and dedication which he applied to his work as an apprentice as a metal worker.

He showed considerable talents and was quick to learn. He developed a scientific understanding of the brass making process. transforming Britain into a brass producer and exporter. He visited the Low Countries and recruited many skilled brass workers who knew many of the industrial secrets of Brass production and the making of Brass Battery using water powered hammers to shape brass plate. He kept an eye on what was happening in the iron industry re casting and used what he had learnt in Holland to design ways to cast more complex brass objects. 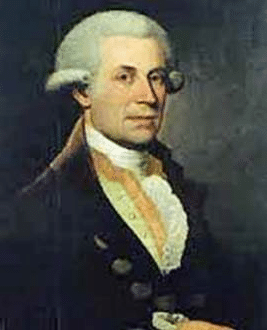 This allowed for the continuous production of cast brass and iron goods, showing the way forward towards factory style mass production. Goods became more readily available, reducing prices and increasing demand. Casting in sand allowed for more complex castings to be made,  this played a  vital role in the Industrial Revolution, for the future production of steam engines and other machinery.

The inventor of coke smelting.

The nations timber supply had been severely decimated by 1700 which meant charcoal production was also comprimised . Abraham Darby used coal as a fuel for brass and cast iron manufactory. Darby’s successful experiments in using coal as a substitute for charcoal was a major factor in the future success of the British Industrial Revolution.

He founded the Bristol Iron Foundry Company in 1708 and in 1709 used coke instead of charcoal to smelt iron for the first time. He produced high quality iron at his works at Coalbrookdale