May 22, 2015 / Comments Off on Katherine Swynford Mistress of John of Gaunt
Intriguing Women

Katherine Swynford, the love of John of Gaunts life?

Katherine Swynford, another one of those intriguing medieval woman to explore, she was a daughter of  Payne Roët of Guienne in France, who was born about 1310. He was a knight and herald from Hainaut who fought in the 100 years war and when King Edward III of England married Philippa of Hainault, he became part of the court scene.  Little did he realize at this time that one of his daughters would become the mother of some of the most influential nobles in 14th century England and have a descendant an English king. 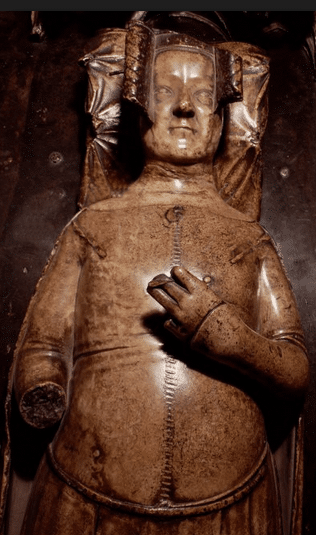 Katherine and her sister Philippa, were placed in the court household of Queen Philippa. The Queen herself had thirteen children and Katherine and Philippa Roët would have been taken in as companions to the royal children. Such a placement in a royal household was generally a good thing, a way of ensuring advancement in young adulthood.

Katherine Swynford grew up around the royal princes, Prince Edward and Prince John

The court would have been a hothouse of debate and gossip. Both sisters therefore would have learned very early on how to behave in such society and the expectations placed upon them. The royal household made the young girls marriage arrangements. Katherine was married to Sir Hugh Swynford from Lincoln and Philippa was placed in an interesting marriage with the poet and writer Geoffrey Chaucer. Geoffrey Chaucer was born into a wealthy merchant family and mixed with nobles in London. He was the friend of John Gower, poet laureate to King Richard II and involved himself with politics of the day. Their marriage became a complicated affair.

The two were servants to the royal household, Sir Hugh serving the King at arms and Katherine went to serve in the household of Blanche of Lancaster, wife of Prince John, known as John of Gaunt. Blanche was a member of the Plantagenet Royal family. Her father was Henry of Lancaster, her mother Isabel Beaumont. They were married at Reading Abbey at a joyous occasion. She was reported to be extremely beautiful and the match between her and John deemed a strong and secure one. They had their family and Katherine Swynford acted as governess to their daughters.

Blanche and Katherine had grown up together and knew each other as contemporaries but still a massive gulf in status separated them. Theirs appeared to have been a happy household, the relationship between Katherine and Philippa was close and all three women would have enjoyed each others company.

The household of Katherine Swynford was about to change

The household suffered terribly when, in 1368, at the age of just twenty three years old, Blanche died, whether in child birth is not certain. She had had seven children and Prince John was devastated. Geoffrey Chaucer wrote his first poem, ‘The Book of the Duchess’  in honour of her.

I wonder greatly, by this day’s light, How I still live, for day and night, The sleep I gain is well nigh naught

With the loss of her mistress to bear, Katherine also lost her husband, Sir Hugh. As a widow, Katherine now had certain rights but she relied upon the King and also Prince John for support, which they freely gave as long as she did not remarry without their permission. In 1371, John made a political marriage with the Infanta Constance of Castille.

Katherine continued as governess and her and John fell in love. This, no doubt, created a shock wave of scandal in the royal household. It appears to have been a quite open affair but one which would have placed Katherine in a very difficult position in society. It was a huge scandal. She was described thus by the chroniclers of St Albans and St Mary’s Abbey York

‘that unspeakable concubine, that witch, that whore, that enchantress’

But John stood alongside her and the children, each given the surname Beaufort, after one of Prince Johns French estates in Champagne. She must have been a woman of considerable strength because through it all and she must have been shunned by many, she maintained the Swynford estates, continued to care for Blanche’s children  and take care of her own. 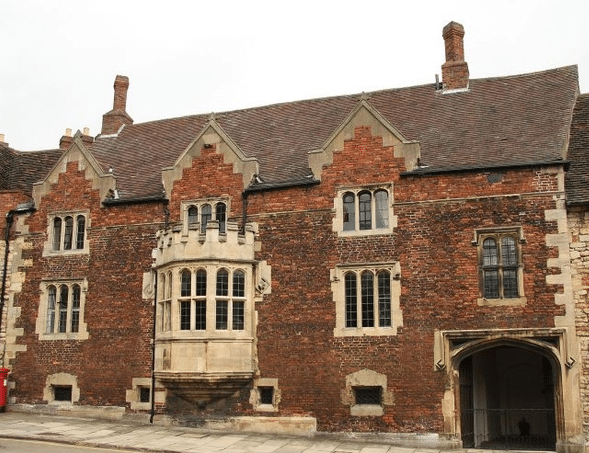 Then it all went horribly wrong

The nation was thrown into political upheaval when Edward the Black Prince died, closely followed by King Edward III. John was left, all but regent to Richard his nephew. Prior to his fathers death, John had taken on a forceful position in government and made many enemies. The ordinary people too, made him the brunt of their grievances. John was routed by the mob who eventually destroyed his London property Savoy House and caused him and his family, including Katherine, to flee. Their affair seems to have become more discreet following this and little is known of this period.

When Constance died in 1394, John turned to Katherine

John asked the Pope to allow them to marry and asked that their children be legitimized. He did not need to do this and surely tells of the love affair that went deep and true. The King recognized Katherine’s children and was very kind to Katherine throughout. They appear to have lived very happily together until Johns death in 1399. The children made good marriages and Katherine Swynford’s descendants became the Beauforts who were behind the Lancastrian claim in the War of the Roses. It was through them that King Henry VII made his claim to the throne. 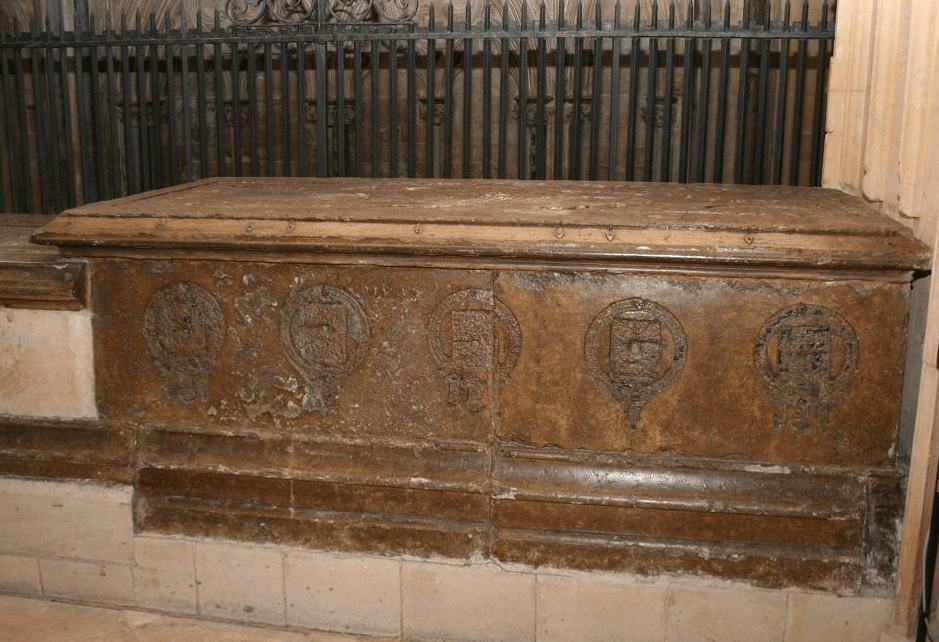 Katherine was loved by her children and her step children

King Henry IV, son of Blanche was very fond of Katherine and paid her the deepest honour by calling her, the “Kings mother”. He was very young when Blanche died and with the kindness she showed all the children and the respect which his father paid her, makes her a genuinely regal lady.

After John’s death she returned to Lincoln and lived in a house close by the cathedral until she died in May 1403. Her tomb has lost its adornments and there is little to remind us of her rather wonderful life and the foundations she set in place for England’s future dynasties.