Nov 25, 2011 / Comments Off on Lady Florence Dixie journalist and feminist 1856
This entry is part 8 of 12 in the series Intriguing Women
Intriguing Women

Lady Florence Dixie Journalist and Feminist born 1856 was a remarkable woman ahead of her time. She was the daughter of the Marquess of Queensbury. She was at turns, an author, journalist, traveller and adventurer. Passionate about sport and totally committed to the emancipation of women, she also supported Irish home rule. She led a truly inspiring life, full of eccentricities, passion and intellect and died in 1905, just fifty years old having suffered with extreme arthritis. 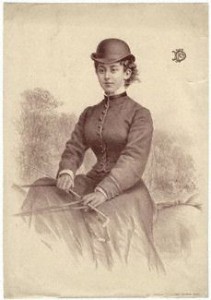 The life of Lady Florence Dixie:

Find out about some more intriguing Women in British History here or explore some more of our Intriguing People here.