Apr 7, 2015 / Comments Off on IT Livery Companies History and Dame Shirley
This entry is part 6 of 12 in the series Intriguing Women
Intriguing Women

IT Livery Companies, History, Science and Dame Shirley. what a combination and inspiration on a fabulous spring morning. 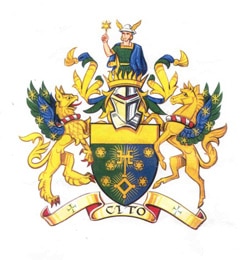 Dame Stephanie Shirley is an inspiring woman and if you want to get just a taste of why, grab a listen on @bbcradio4 #TheLifescientific. 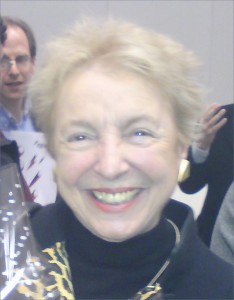 We get to take a look at some pretty amazing women across a 1,000 years of British History and in particular in the area of pioneering women connected with the development of computing and IT (information technology.) Dame Shirley holds her own and is still making it happen today as a successful business woman, technologist, philanthropist and opinion leader. Quite a life or a young lady who came to this country via the Kindertransport, a British initiative that managed to save thousands of children from the onslaught of the Nazi’s in Europe during WW2. Dame Shirley says she believes out of guilt from surviving the Holocaust, she may have been driven to success. Both her parents survived the war fortunately as well but it was a complicated childhood as they develop their lives initially as exiles and their father Jewish German Judge was interned and then deported to Australia in the early years of the war.

Her story is certainly worth learning some more about as a first hand account of a young child who lived through the experience of leaving everything and everyone familiar to go to a country where they could not speak her native languageand where other than he sister she knew absolutely no one.

The Kindertransport was a noble endeavour but whilst it saved 10,000 children, the stark fact is that 1.5 million children are believed to have perished as a result of the Nazi horrors. The ratio of survivors who escaped against those who perished, makes it not difficult to believe that this must have been a large factor in Dame Shirley’s motivations. But whilst we might all desire to acheive actually doing it on the scale that she has achieved and on so many fronts is exceptional.

Women were always a minority it seems in the early pioneering days of computing but those that did get involved certainly made a difference. Examples that spring to mind of course include Ada Lovelace born in 1815, and others that followed as noted in this Guardian article.

The article on the BBC’s Radio 4 programme the Life Scientific which featured Dame Shirley this morning was a terat for the week’s start. There was plenty that Dame Shirley was able to share with us but for me a particular nice surprise, despite being in IT myself for 30 years plus, now combined with this interest in digital history, I had no idea that there was a Worshipful Company of IT, did you? Find out about its history and timeline dating back to 1984 here?  You can also read her book ‘Let it Go’ for just a  few pounds as a download to Kindle or older analog formats like a paperback if you prefer.

Dame Shirley started writing machine code, before even Cobol (the first language I learn’t at university) and Fortran had been established. Believe me that was pioneering and difficult. She went on to found her own business and developed not just a commercially successful company but a pioneering policy seeking to create a great working environment for women with families and lives, not just careers. She has tackled her own personal family challenges alongside her success and this has both informed and driven a major element of he philanthropic giving in the support of charitable causes, work and research around Autism.

Dame Shirley is very much alive and still giving back and was appointed Ambassador for Philanthropy by the prime Minister in 2009. She is also involved with Autistica, the Oxford Institute for the Internet and Prior’s Court one of the most advanced schools for children with Autism. Dame Shirley’s own late son Giles  was Autistic, sadly despite every care that his family could provide he died unexpectedly from a seizure in in 1998 he was just 35. It is not difficult to understand Dame Shirley’s motivations in regards to supporting strategic projects around the area of Autism and the trust that she set up Kingwood Trust. Her son Giles was one of its earliest beneficiaries continues its excellent work enabling people with Autism and Asperger’s to live in their own homes and live independent lives appropriately supported by the right specialist services.

My Family in Exile Lecture by Dame Shirley at the School of Advanced Study, University of Lonon

Here is a lecture by Dame Shirley given to the the School of Advanced Study, University of London ‘My Family in Exile.’ Enjoy it is also an inspiration.