William Booth and the Inspiration behind the Salvation Army 1865

William Booth, the inspiration behind the Salvation Army 1865

William Booth was a reforming philanthropist with a desire to improve the world for others. He founded the Salvation Army and gave hope to millions but how did he achieve this?

What was the William Booth vision?

These words of Booth from ‘In Darkest England and The Way Out’ 1890. This from 2nd July 1865, the date of his first meeting preaching to the crowds on the old Quaker burial ground in Mile End London.

“When I saw those masses of poor people, so many of them evidently without God or hope in the world, and found that they so readily and eagerly listened to me, following from open meeting to tent, and accepting, in many instances, my invitation to kneel at the Saviour’s feet there and then, my whole heart went out to them. I walked back and said to my wife:-

O Kate, I have found my destiny! These are the people for whose Salvation I have been longing all these years. As I passed by the doors of the flaming gin-palaces tonight I seemed to hear a voice sounding in my ears, ” Where can you go and find such heathen as these, and where is there so great a need for your labours?” And there and then in my soul I offered myself and you and the children to this great work. Those people shall be our people, and they shall have our God for their God.” 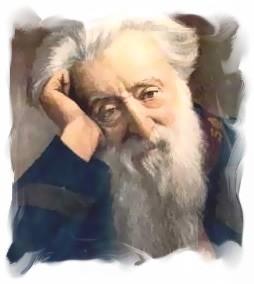 The Salvation Army was inspired and formed at the same period as: 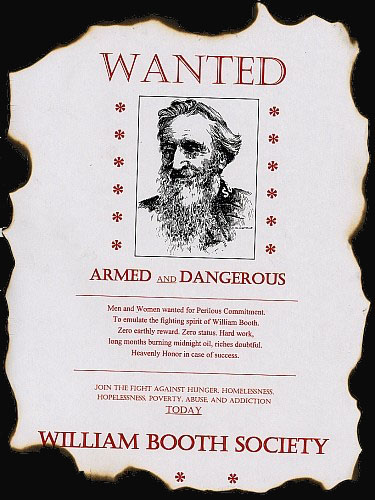 William was born in 1829 in England. His father was reasonably wealthy at that point but subsequently made a series of bad investments, turned to drink and the family suffered its own share of hardship:

The publication of Booth’s book in 1890 set out the vision and philosophy of their organisation and became a best seller. Quoted above you you can explore free here on the Gutenberg Ebook project the full text.

Gradually with solid endeavour and the relentless determination of Booth, the public mood shifted:

William died in 1912 when he was 89 working hard right to the last. His eldest son became the leader (William Bramwell Booth) and the organisation has continued in different but equally tough environments to pursue its cause. Even growing-up I can remember the Salvation Army before any other charity, probably aided by its distinctive identity and uniform. ]I can also recall a Salvationist family at school and how even today it was quite tough for the children integrating with the rest of us. Now I think how brave they were in a largely secular world to stick to their own beliefs whether I believed in them or not.