Jul 10, 2012 / Comments Off on Eleanor of Aquitaine Mother of English Kings

Eleanor of Aquitaine Mother of English Kings chronology of her life.

Eleanor’s life was much enriched, not just by her vast inheritance of the Duchy of Aquitaine, which her son Richard I would also inherit but also by her formidable strength of personality and astute marriages and ruthless instinct to pursue the prospects for herself and her children. She was first married to Louis VII, would subsequently marry Henry Anjou (later Henry II) a powerful alliance of enormous wealth and influence. 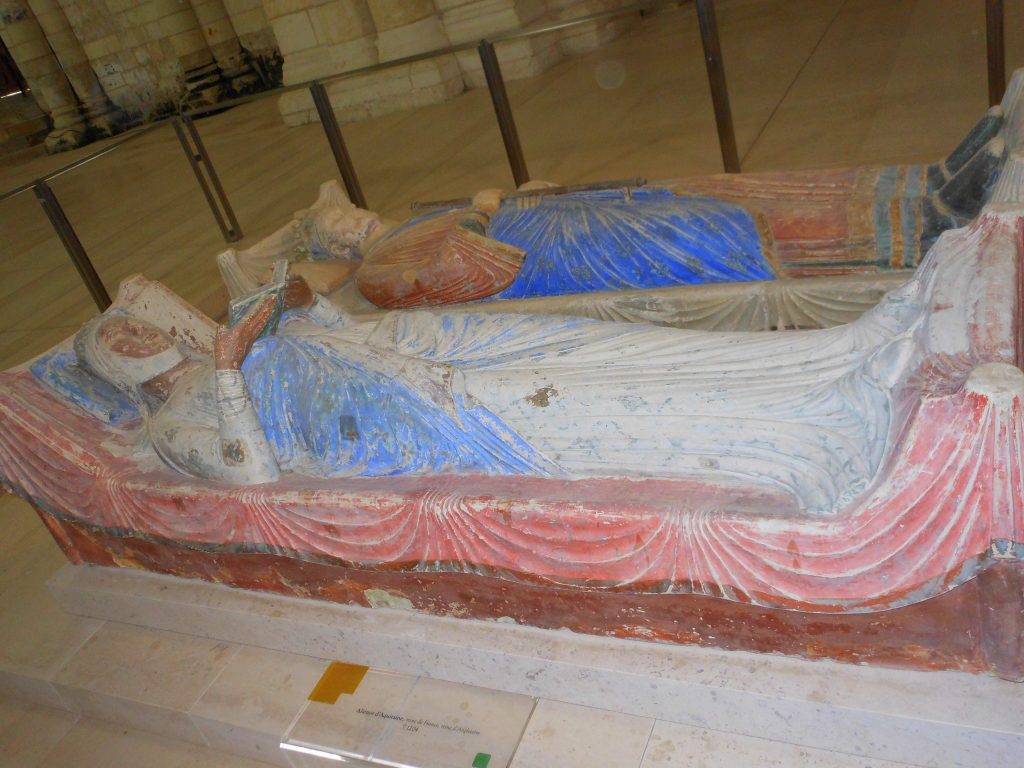 Eleanor at rest in Fontrevaud

Eleanor was an extraordinary woman of her time, coming to extreme wealth at just 15 years of age, she had outlived all but one of her sons, possibly the weakest link in the Anjevin dynasty. There is probably much about her that we do not know but the glimpses that we have are very impressive. Whilst John was the son and King that didn’t follow in her footsteps, he did give England reluctantly Magna Carta and both Richard I and her impressive daughter Eleanor of England and Castille.

Much of the Plantagenet era has been romanticised in literature of the time and since, but it exceptional how as a woman the name Eleanor of Acquitaine has been remembered and admired many centuries later. More a french woman than ever English, with Richard and Henry much of their time was spent in France in the centre of their Empire. The impact of this family is certainly intriguing and the connections down the centuries are complex and fascinating.

What a shame the last of her sons was probably the worst as a leader, did she retire to Fontevraud because she knew with John in power the game was up.