Who were the Brigantes?

Nov 26, 2014 / Comments Off on Who were the Brigantes?
This entry is part 2 of 6 in the series Roman Timeline
Roman Timeline

The Brigantes were a tribe of British Celts who took their name from the Celtic goddess, Brigantia.

They were not a single tribe, the name is attributed to a number of tribes who had alliances across an area of Britain that straddled the area between the Humber and the Tyne. When the Romans arrived in Britain in 43 AD, they were culturally, a settled and stable society with a strong queen, Cartimandua.

In it was in the interests of the Brigantes to work alongside the Romans. If an amicable status quo could be achieved, then the Brigantes must have hoped the Romans would leave them alone.

At this point in time, it is worth mentioning that the various Celtic factions were often at war with one another and indeed it was Queen Cartimandua who told the Romans where to find Caratacus, who had managed to stave off a Roman capture until then. Click here to see a map of Celtic tribes in Britain. 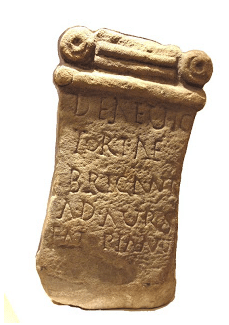 The Brigantes had troubles within their own tribes

There was a struggle for power within the Brigantes themselves. Cartimandua had a husband Venutius who was keen to sieze power from her. She had allies in the Roman army which meant that her and her husband ruled in an uncomfortable alliance until eventually Cartimandua fled.

Relationships between the Romans and the Brigantes continued to falter, with the Brigantes never really giving up their Celtish heritage nor their territory. Agricola annexed the Brigante territory in 79 AD but they continued to rebel against the Romans. Certain evidence points to the Brigantes fleeing the Romans. There are records (Ptolemy’s map shows the tribe in Ireland) that they moved to new areas and settled. This is entirely possible as the Roman army swept north to confront the Celts in Scotland.