Nov 30, 2014 / Comments Off on Who was Pelagius?
This entry is part 5 of 6 in the series Roman Timeline
Roman Timeline

Pelagius 390 – 418 AD, was a British monk who lived in a period of emerging Christianity in Roman Britain.

His ideas stood in opposition to those of St Augustine, whose early Christian teachings and philosophy, particulary that of original sin, Pelagius found unacceptable. Augustine taught that man was a sinner and that it was through the grace of God and no other means that man could be saved from eternal damnation. He preached that man’s destiny was pre-determined. 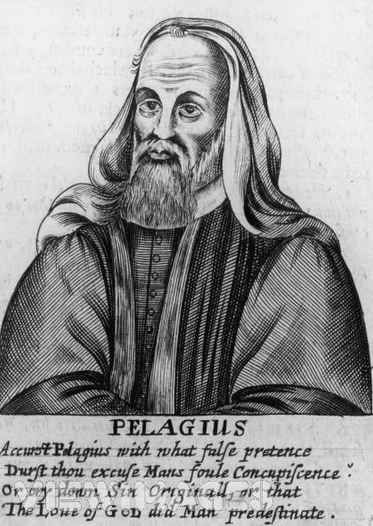 Pelagius could not accept this teaching

Pelagius had a different approach, more relaxed and approachable. He said that man’s destiny was not pre-determined and that man was basically good and had free will over his own destiny. To have a God that would only save certain individuals seemed to Pelagius a cruel one. He believed that God’s wisdom is innate in all of us, that it comes from within.

Pelagianism was outlawed by the Roman Emperor Honorius

The on-going argument between Augustine and Pelagius, led to Pelagius being banned from the Roman Empire and being excommunicated by the Bishop of Rome. It is a pivotal moment in the development of Christianity in Britain.

He was denounced as heretic but was in reality the voice of a young evolving British church.

At the same time the Roman army was being withdrawn from Britain to try and stem the flood of barbarians into southern Europe. They would never again control Britain and a gap between the Christian doctrines in Britain and those of Roman Christianity grew.

What a fascinating thought that is. Were the seeds of a separate English church being planted even then, no matter what the course of events that flowed forward over the centuries, was this the emergence of Britain being ‘different’ and separate from Rome?