Nov 27, 2014 / Comments Off on Carausius and Allectus
This entry is part 4 of 6 in the series Roman Timeline
Roman Timeline

The Roman commander Carausius has been called a usurper, a renegade. He was undoubtedly both of these things but he must also have been a man who was brave and courageous, all be it for his own ends.

Between A.D. 286 and 296, military commander Carausius and then his successor Allectus ruled Roman Britain. Quite how he reached such a position of command is not fully known. He was a high ranking commander in the Roman Navy and used his position, having both men and ships under his authority, to indulge in piracy.

He operated in the navy under the command of Herculius Maximian

Under Maximian’s command, Carausius became more and more arrogant, keeping the booty from his piracy actions instead of handing it over to his superiors, he acted under the successful shield afforded to him by Maximian. His high handed actions did not go unnoticed by his superiors and he was condemned as a pirate and threatened with execution for treason.

The threat of death must have made Carausius decide on a go for bust decision. Instead of accepting the charge, he used the men and arms under his command and presumably the money he had accrued from his piracy, to seize control of Britain. 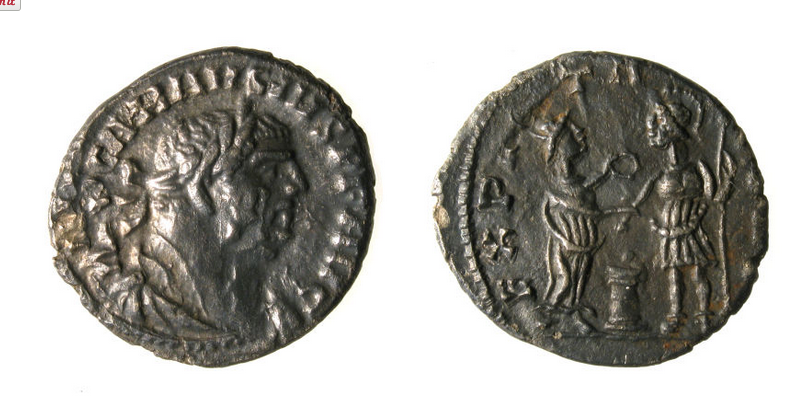 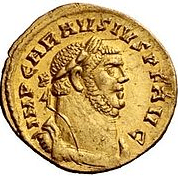 There is evidence from coins that Carausius had already taken control of Rouen in France. He already therefore had a power base and a following. He recognized the importance of establishing his own coinage, his own mark and he set up mints at London and Gloucester to produce an increasingly sophisticated coin. The images on the coins suggest that Carausius was welcomed by the people of Britain but apart from the coins little is known of what Britain was like under his command.

The Roman emperors wanted Britain back under their control

Carausius could not be seen to be the victor and in 289 AD, Maximian was sent to retrieve Britain for Rome but he failed to make any significant progress to remove Carausius from power. Another attempt was made in 293 AD  but Carausius was already facing dissent amongst his own men and one of them Allectus, murdered him.

Allectus then ruled for a further two years before Constantius Caesar recaptured Britain in 295 AD.