Very few leaders are given the accolade, ‘The Great’, we have Alfred, Alexandra and Constantine

The first two you might have heard of but Constantine? Who was he? 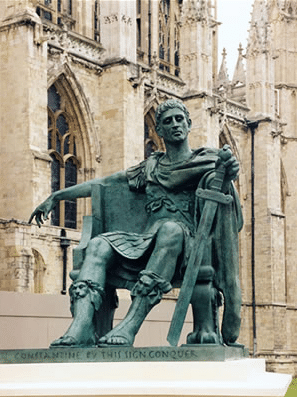 Constantine the Great in York

Constantine united the whole of the Roman Empire under one ruler. What an amazing feat. Within twenty years he had created a stable and secure Roman world.

Prior to Constantine’s rule the Roman Empire had become a fragmented and disturbed shadow of its former self. Constantine sort of turned his back on Rome, distancing himself from it. He designed a new capital ‘Constantinople’ in Turkey, much easier to defend and to control.

As his rule evolved it became apparent that Constantine turned increasingly towards Christianity. He would have seen its importance in bringing control and unity to a population. In 312 AD it is believed he was baptized. He knew better than to force his population towrds a faith and encouraged  open and free worship, without persecution. It is thought he instigated Christian celebrations including one to celebrate the birth of Christ, Christmas.

Constantine The Greats position as a ‘Great’ leader has forever since been recognized, he was a pivotal character who undoubtedly changed the course of Roman history. 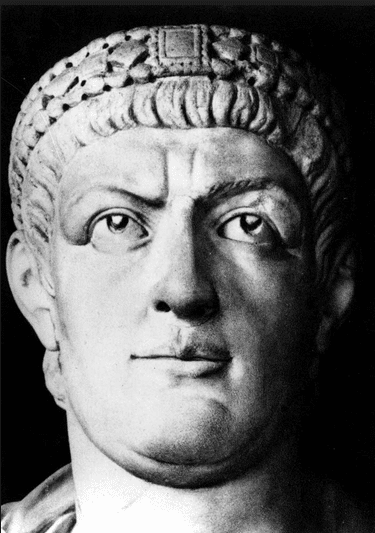