Queen Elizabeth I passed the Witchcraft Act of 1562, it was an act against;

This act was more merciful than the Witchcraft Act of 1542 put in place by Queen Elizabeth’s father King Henry VIII twenty years earlier. It only demanded death if actual harm had been done to another person. 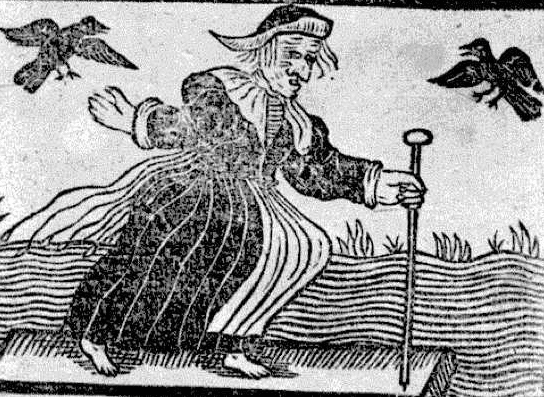 But why was there a need for a Witchcraft Act at all? What happened in the C16th to engender such a need to persecute witches?

Before the Renaissance period, it was generally accepted that there were people, usually women, who made up their own medicines, which, administered along with the odd incantation could cure ills, make predictions and generally be relied upon to put things to right. Depending on where you were coming from, these ‘witches’ could be considered good or bad.  After the black death had ravaged so much of Europe in the C14th, there seems to have been a shift in perception of the witch. People were more suspicious of their activities and began to think that witches were acting on Satan’s behalf and that the abomination that was the plague was their doing.

Christians turned on the witches as instruments of the devil. In central Europe, witch hunts were undertaken with a disturbing zealousness. The witch hunts and executions in France, Germany, and Scotland were far more deadly than in England. The English picked on women who were old, often isolated from their families, they became victims of a bullying culture, keen to pin the blame on them, whatever the ‘blame’ was, they were useful scapegoats for all sorts of ills in society. 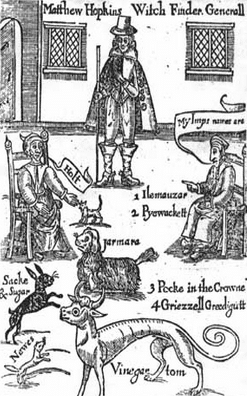 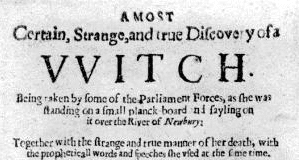 Witches could be blamed for crop failures, for murder, it was a useful way to rid a man of an unwanted wife

The witch could do little to stand in their own defence, the tests at witch trials were ridiculous but the act of a trial served some sort of ghastly need for society to gang up against someone and let them take the blame for societies ills. One of the most celebrated trials in England occurred in Lancashire 1612, the trial of the Pendle witches. Much has been researched and written about these unfortunate souls.

The rise, spread, and decline of the witch craze in Elizabethan England spanned from about 1500 to 1700.

Many books were written on the subject during this period, an impressive and fully accessible collection can be found at Cornell University Library Witchcraft Collection which contains 3,000 items that can be text searched and read online

The Enlightenment period brought in a new more scientific way of viewing the world. Scientific theories allowed for advances in agriculture, a better understanding of crops, soils and weather. There were advances in medicine that could help explain disease. There was a slow and gradual movement from the darkness into the light.

It has been estimated that around 1,000 people in England were executed for being a witch. In England the witchcraft trials were not as barbaric as those carried out in Europe. Witches here were not burned at the stake, this punishment was kept for those who committed treason. There were witch hunters but there was no central body such as the Inquisition to persecute people.

In England the debate about witchcraft was more open, which acted as a restraining influence and avoided the mass persecution and trial of women.

Read an excellent article about the ‘Origins of the offence of witchcraft in Europe’ by Edward Peters, Prof of History, University Pennsylvania.