James Watt and the Industrial Revolution 1774

James Watt and the Industrial Revolution

The inventor of the first practical and it should be said, economical steam engine was James Watt, an instrument maker from Glasgow who saw the problems with earlier engines such as Newcomen’s engine. A man with a fastidious eye for details, Watt saw the potential to improve the engine and had an idea about how these improvements could be achieved.

His idea was to make a separate condenser and four years after having the idea, Watt patented his invention. He had no money and so it was a further ten years before he could do anything with it, after he had met Matthew Boulton, with whom he struck up a partnership.

The purpose of this partnership was to begin to manufacture Watts steam engine. James Watt had all the inventive powers and Matthew Boulton, the business acumen. Boulton hired the best tool makers. They opened the Soho works in Birmingham in 1774 and by producing the newly improved steam engine based on Newcomen’s engine, they laid the foundations of modern industry. When ‘iron mad’ Wilkinson tried one of their steam engines in his blast furnaces in Staffordshire, the firm took off. Watts continued to improve and extend the efficiency of the engine and the business continued for another twenty five years, making a fortune for the two of them.

Watt saw immense possibilities for the use of steam engines and worked on improving their design for the rest of his life. The Watts Boulton engines can still be seen working. The one shown below is from the Eastney pumping works in Portsmouth Hampshire. Built by the James Watt Company formerly Boulton Watts. 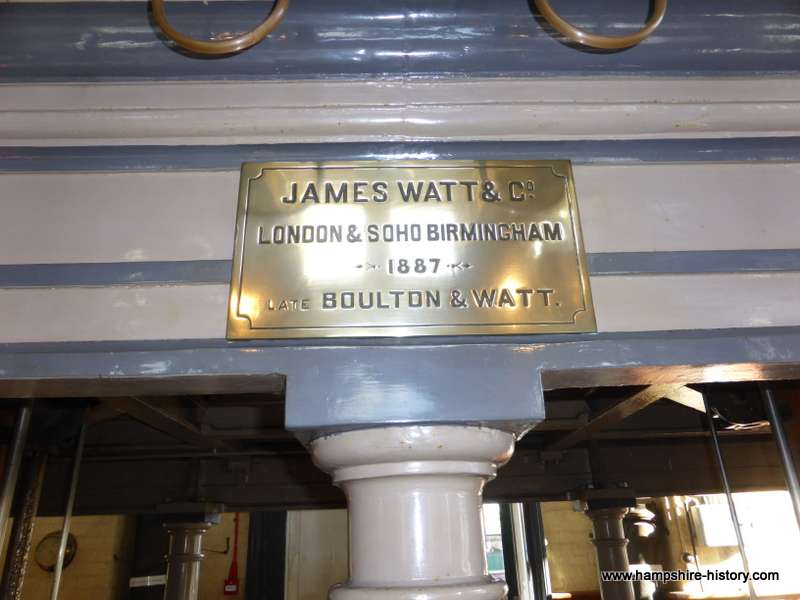 Explore other important inventions in our Science and Engineering theme