Jan 19, 2012 / Comments Off on Elizabeth Fry Reformer and Quaker 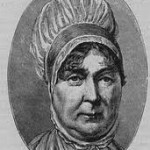 Elizabeth Fry, nee Gurney, 1780 – 1845, was a reformer and Quaker philanthropist whose work in prison reform was and still is inspirational.

Read on to find out how her work inspired another great reformer, Florence Nightingale.

What follows is an overview of her work, expanded in other posts…..

The work of this great woman cannot be underestimated, at a time when a woman’s role was seen as wife and mother her achievements are breathtaking. Criticism dogged her but she never let it stand in the way of her goals and she inspired others to follow in her suit.

Read more about Elizabeth Fry and her heroic work