Yeomanry Units in the British Army

In 1794 the British government were threatened with invasion by the French Revolutionary army. The fear of a French invasion was a very real and terrifying one for the people of Britain. Prime Minister, Mr Pitt,  passed a bill which invited the Lords Lieutenant of Counties to raise volunteer troops of cavalry to be composed of gentlemen and yeomanry. The Yeomen were country people who farmed land as freeholders or tenant farmers.

The yeomen provided their own horse and uniform, unlike the militia who came from a lower social class and would not have owned a horse nor afforded a uniform. The government provided the arms and ammunition. Being mounted, they were highly mobile and could respond to any alarm with speed. They were organised in Troops which were based at the main towns of the county and would operate independently from each other. 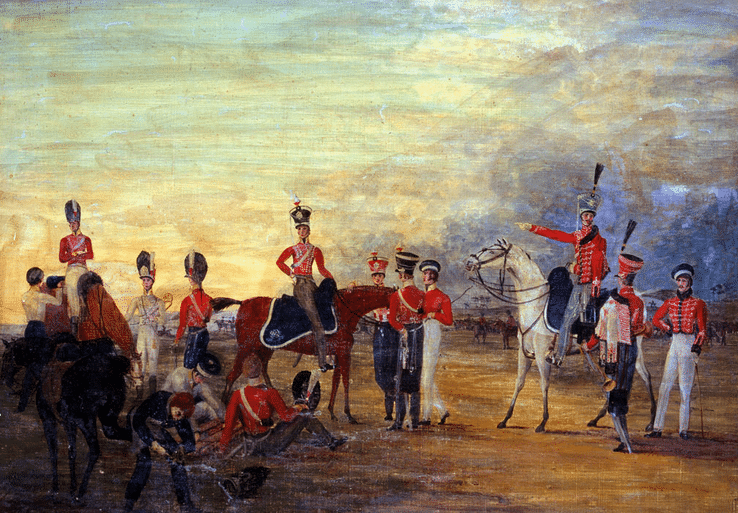 The Yeomanry was the mounted arm of the Territorial Force, a part-time version of the cavalry which was established in 1908 but drawing upon the Yeomanry established by Mr Pitt’s government.

The military badges they wore  were made up of their county insignia, the arms and some had the family crests of the landed families that raised them. Search our collection of military cap badges to explore more.

As to who would have served in these units, it is probable that in the first instance many would have worked on the squires land and neighbouring villages.

Sometimes estate archives contain lists of men who enlisted, so it’s worth digging a bit to see if you can find out where the Yeomanry unit was raised.