Tudor Queens and the Tower of London

When King Henry VIII died there was no doubt about the succession. When his son King Edward died though, things looked very complicated. There were many potential ‘Tudor Queens’ in the wings. Edward’s sisters Mary and Elizabeth and his aunts, Margaret and Mary. His aunts marriages resulted in children, so Edwards cousins and their children might also think they had a claim on the English throne as well.

Mary was the favourite sister of King Henry VIII, who was allowed  several degrees of freedom in her brother’s Court. When he insisted upon her marriage to the elderly King Louis XII of France, she issued him with an ultimatum. She would marry him and be submissive but when he died she wanted to be free to choose her next husband, the man she loved, one of Henry’s closest confidants, Charles Brandon. Why is this important? Their daughter Francis would go on to marry Henry Grey, the Marquis of Dorset and their daughter was Lady Jane Grey. By the shenanigans of the Duke of Northumberland she in turn married the Lord Guildford Dudley and the trap was set for them both. 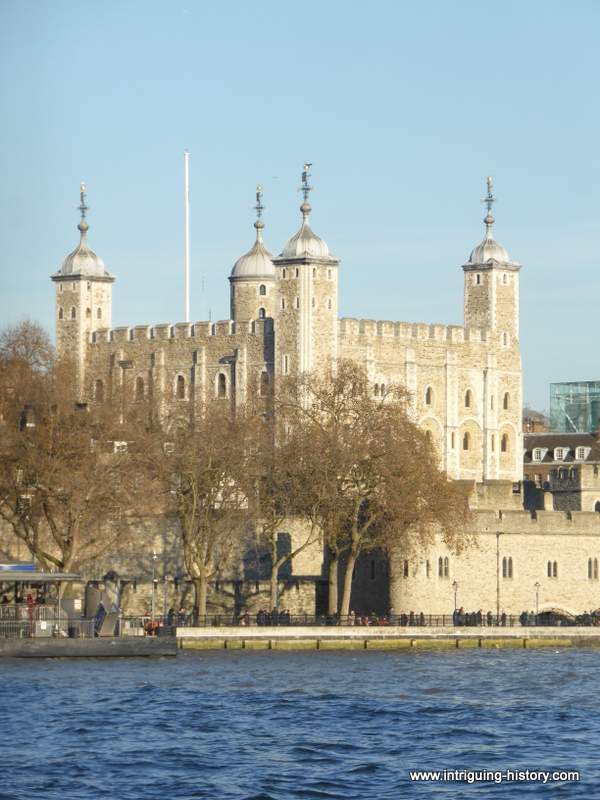 When Edward died, Northumberland kept it secret for some hours whilst he secured Mary, Edward’s sister and brought Lady Jane Grey to the Tower of London to be declared Queen of England. There were no shouts from the public in support as she made her way to the tower. She was unambitious for the role of Queen and only sixteen years old. Northumberland was caught off guard and as the soldiers of the realm got behind and supported Mary, he realised the game was up and was arrested and taken to the Tower as prisoner on a charge of high treason. He was taken to the Beachamp Tower and beheaded on Tower Hill. 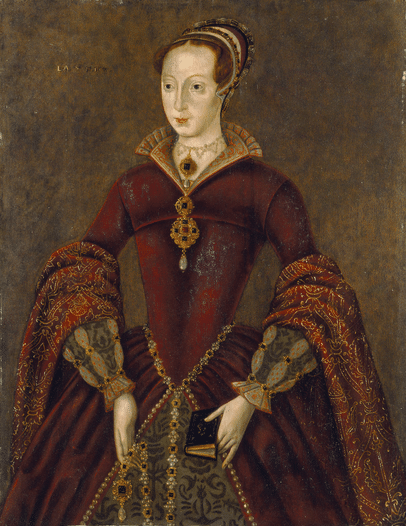 She was consigned to the Lieutenant’s Lodging, called the King’s House, her husband to Beauchamp Tower. She was allowed to promenade the outer wall from the Beauchamp to the Bell Tower. On October 1st Queen Mary was crowned.

On the 13th November 1553 a procession went forth from Tower Gate to Guildhall, the chief warder carrying the axe, next Bishop Cranmer followed by Lord Guildford Dudley and Lady Jane Grey and attendants. They pleaded guilty to high treason, sentenced and then sent back to the Tower.

There may have been hope for a stay of execution from Queen Mary but the uprising of Thomas Wyatt unnerved her and on the 12th February 1554, Lady Jane and Lord Guildford were executed. She was beheaded on the Tower Green as there was fear that Jane’s beauty, simplicity and sweetness would excite popular sympathy. Read the Holinshed Chronicles for a moving contemporary account of her death.

So the first of the Tudor Queens and the Tower of London meet in a macabre dance.

Many other participators in the doomed Wyatt rebellion were also put to death in various places and the gates of the city and London Bridge were decorated with their rotting heads. In the meantime Mary married her Spanish Phillip at Winchester. 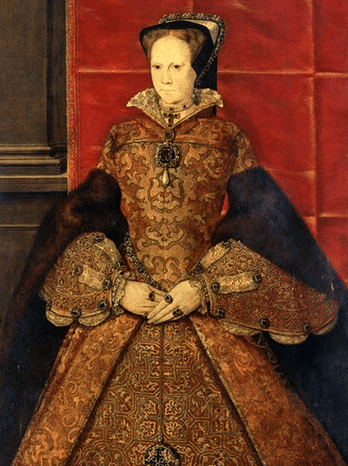 Elizabeth’s confinement in the Tower was rigid and intimidating. Mass was constantly said in her presence even though it was offensive to her. Initially she was confined to her room and then when she was allowed out her exercise walk was undertaken under heavy guard. ‘Queen Elizabeth’s Walk’ still exists today.

No evidence could be found to seal her fate and Wyatt with his last gasp declared her innocence. On May 19th, Elizabeth was released, much to the delight of the citizens of London. Queen Mary then set about trying to win popular support for her marriage to the Catholic Phillip and released many others implicated in the Wyatt affairs and who stood in opposition to her marriage. The near inquisition of Mary’s reign brought many others to the Tower and when she died on 17th November 1558, the accession of Elizabeth was greeted with joy by the English nation. She returned to the Tower from where she processed to her coronation in the Abbey. 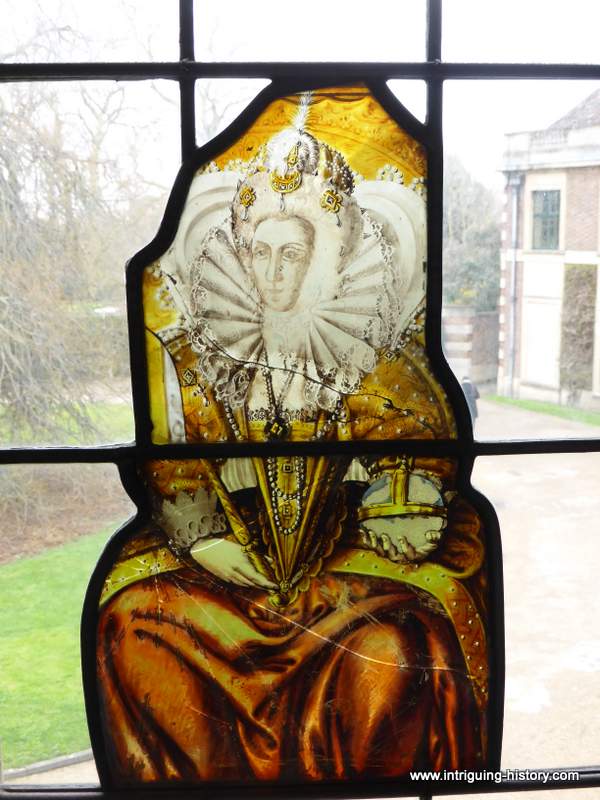 Elizabeth had Lady Catherine Grey, sister of the woefully misguided Lady Jane, incarcerated in the Tower for her secret marriage to Lord Hertford, which is quite another story. The Earl of Lennox and his wife faced the Tower as their complicated relationship with Mary Queen of Scots, wrapped itself in knots.

The struggle between Queen Elizabeth and Mary Queen of Scots brought many prisoners to the Tower and there can be no doubt that Queen Elizabeth’s position was under threat from those would have Mary on the throne but they had not reckoned on the will of the people. They had had enough of these plots against their Queen and rallied to her support. The Tower filled up with prisoners and many were executed. There followed a quiet interlude at the Tower until 1580 when the cells began to fill with Catholic prisoners. The reason for this renewed attack was prompted by the papal bull for the dethronement of Queen Elizabeth. A system of torture was established, the use of the cell of ‘little ease’ in which prisoners could neither stand nor lay down, the rack and the ‘scavengers daughter’ which bound the head, feet and hands. 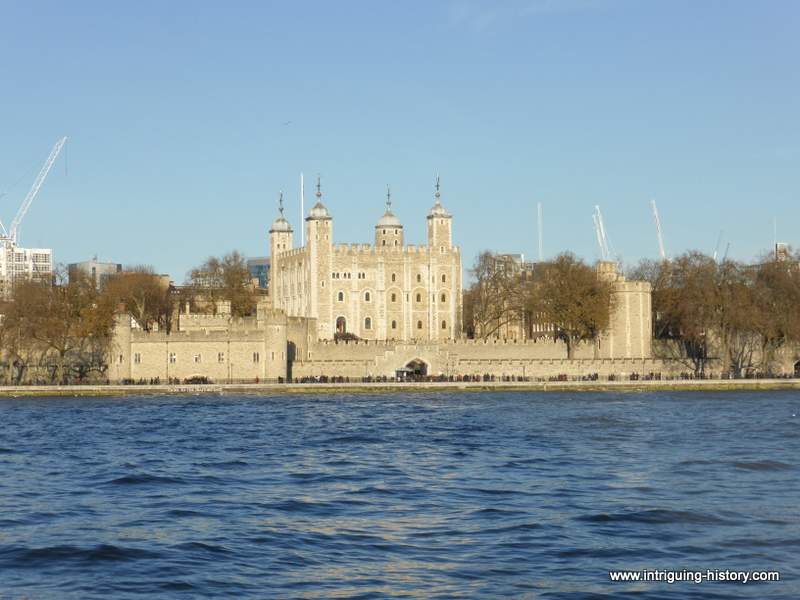 Tower of London from South Bank

The Trockmortons, the Earls of Northumberland and Arundel but the attempts to replace the Protestant Queen continued. As Elizabeth grew older, other illustrious names appear. Sir Walter Raleigh, for his affair with Elizabeth Throckmorton and lastly the Earl of Essex, Robert Deveraux, whose execution sent Queen Elizabeth into a fit of despondency from which she struggled to recover.

The Tudor Queens and the Tower of London, had a tumultuous relationship but served its purpose in setting England on its feet and placing it in the rank of first nation in the world. The Tudor reign ended with Elizabeth and when King James arrived from Scotland, he took up residence in the Tower and held his first court within its confines.