The Cult of Chivalry

Chivalry was a code of honour for military warriors to follow. These men came from part of the elite ‘aristocratic’ society that existed at the time. Quite literally, the word chivalry came from the French word ‘chevalerie’ meaning cavalry. The fighters were on horseback and developed a code of behaviour that distinguished them both by action and reputation. 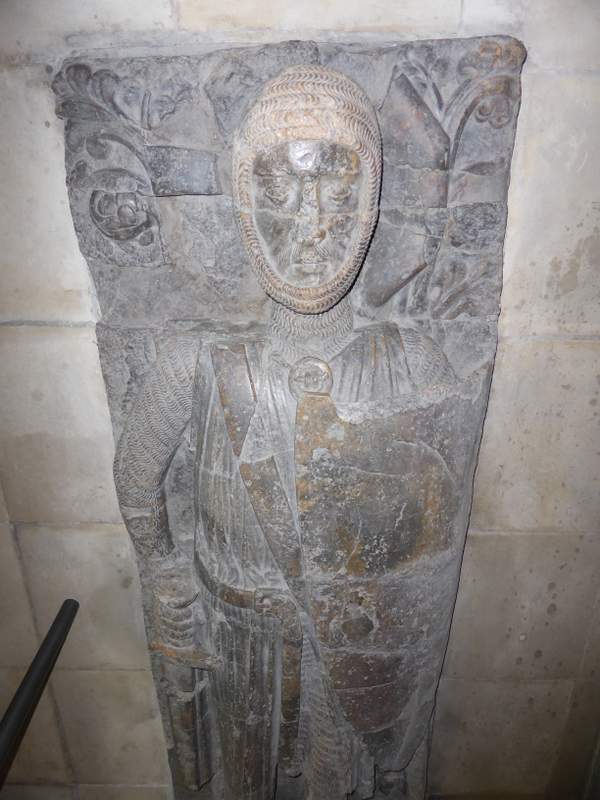 Many different kinds of men became knights. Some gave service expecting pay or to rewarded with land. Others were part of the ruling elite, the younger princes, dukes or lords. They fought on horseback and practised the art of fighting atop a galloping, galloping horse with a lance tucked up under the arm. This jousting, as the technique was called, required great skill and strength on the part of the fighter. Not only did the knights engage in this unique style of combat, they also followed a common code that extolled loyalty and prowess in battle, strength and endurance, a sense of honour, Christian virtues and ‘courtoisie’, manners that were fitting to the royal court. It was a way of controlling the actions of these often powerful and wealthy young men, a way of instilling order indirectly. It is the idea of honour among men, that still prevails in many of our prestigious establishments today. Sports clubs, schools, professional institutions, universities, the military, the practice of certain moral codes to be maintain order and discipline, still exists.

The cult of chivalry and courtly love

The idea of courtly manners began to evolve into a more romantic concept. A knight may do service to a lady of the court. A kind of game may be played out and indeed, may have at its core the ideal of service to the mother of Christ, Mary the Virgin. It evokes a sort of pseudo- religious female adoration. The knight shows his admiration for the lady, who in turn shuns him. He is not undone by such rejection and remains faithful to her and follows her commands obediently. He may be sent on quests which tests his loyalty and obedience. Courtly love emerged first in France Troubadours spread the word across Europe through poems, verse and song.

The Song of Roland

One of the most well known songs, a song of the knightly deeds, was the Song of Roland. The poem is the first of the great French heroic poems known as “chansons de geste.” It has been translated from the French but because it was written in a rhyme called assonance it is a tricky thing to deal with. It was written sometime between 1040 and 1115 and is 4,000 lines long. It harks back to a great battle, the Battle of Roncevaux fought by Charlemagne in 778. 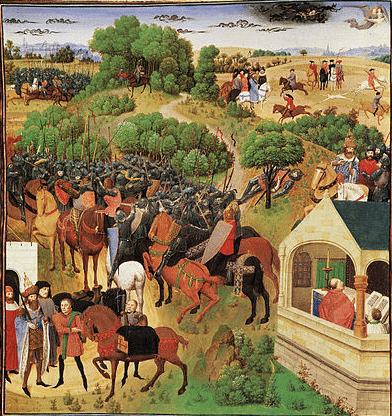 Illustration of The Song of Roland

The Song sets out the basis for the code of chivalry or things that the knights should live their life by. In summary they are, that a knight should fear his God and his church. The link between Christianity and the chivalric knights is closely bound. Knights going on crusade would visit their church and receive blessings before they left. They should then serve the liege Lord in valour and faith. Service to someone other than yourself was key, service to your Lord could bring material gains, so important to get it right. The knight must protect the weak and defenseless and respect the honour of women. Overall they must live by honour and for glory.

The cult of chivalry and the jousting tournament

Jousting gave knights the necessary practice to become skilled fighting on horseback and the training necessary for jousting competitions, kept them in supreme physical shape. What began as military training in the 11th century, evolved to become a ritualised spectator sport. So many jousting tournaments were taking place that they were regulated. Presumably the king needed to maintain a fit cohort of men able to respond to the call of war at any time but an army of injured knights was no use at all!

So before a joust could take place, the knights needed to obtain permission from the king and challenges were then issued to neighbouring knights. There were jousters who did not have a liege Lord and they were known as ‘free lancers’. The phrase still used today. Jousters were the sports heroes of their day. They fought for glory, money, land and title.

The rules surrounding jousting were complicated and evolved over hundreds of years. The aim was for the participant to strike a blow upon their opponents shield or body armour and dismount their opponent. Points were awarded according to where the blow was struck and if the lance was broken. Injuries were common, broken bones many, although deaths were few.

The ceremony of initiation into knighthood

This varied according to wealth and circumstances. A landless younger son was knighted by his father and invested with the arms of knighthood. The more powerful you were the more elaborate the rites became and those bestowing the knighthood,, more important. One account of King Henry I knighting Geoffrey the Fair, talks of an purifying bath. The knight to be was dressed in a tunic of gold and a purple cloak and the King bestowed upon him the symbols of knighthood, golden spurs, a sword and an emblazoned shield. Thirty others were knighted at the same time and the feasting and tournaments lasted all week. 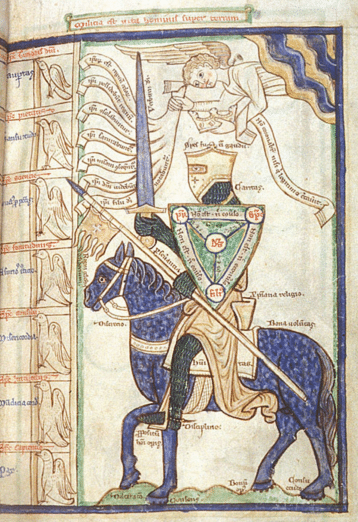 The burial of knights in churches

The knights tombs we see in parish churches and cathedrals would reflect his status. He would be depicted in full armor, with his sword, maybe a dog under his feet to signify loyalty or a lion to signify bravery. The knight shown below lies in Michelmersh church in Hampshire UK. He was Sir Geoffrey Canterton, forester to King Edward II in the New Forest. His feet as befitting his role, his feet lie upon a buck. The crossed legs so often seen have been interpreted in many ways, a sign of the cross or that the knight had been on crusade or maybe just an expression by the sculptor in that period that was copied. 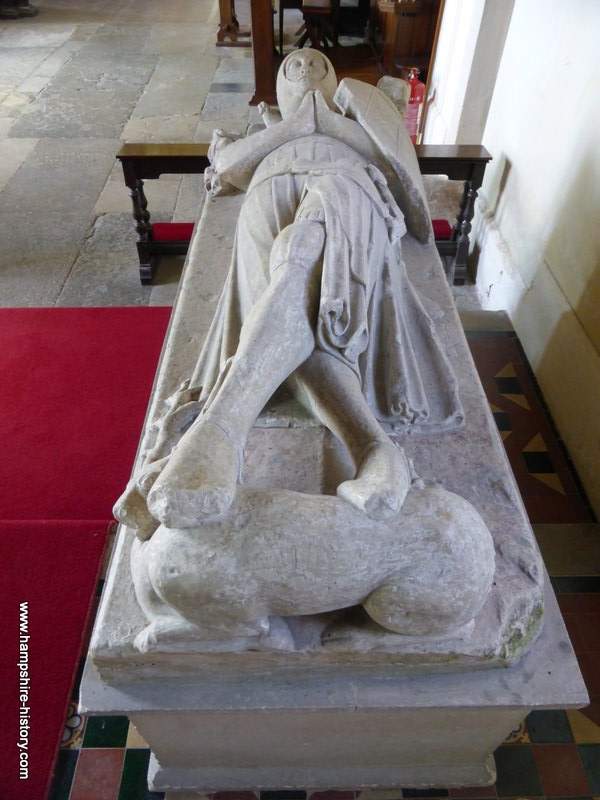