“it is unpleasant to speak of oneself—it may seem boastful particularly in a woman.”

So said Sarah Guppy, an inventor in a period when female inventors were rare things. She was born Sarah Beach, in Birmingham, in 1770, when the industrial revolution was powering its way through the northern and midland counties of England, switching the focus from the agricultural to the industrial.

Her father, Richard Beach was a wealthy merchant, trading in sugar. Little seems to be known of her early life but she was the middle child of two brothers, Richard and John.  Sarah was born in Birmingham, and in 1795, married a wealthy Bristol merchant, Samuel Guppy, a man fifteen years older than her. Sarah was twenty five years old. Her first son was born later that year. They must have been a charismatic couple, both part of the Bristol set. They had six children and mixed with other wealthy families who were part of the exciting mercantile and innovative society of early 19th century Bristol.

They became great friends with the family of the engineer, Isambard Kingdom Brunel. His work, of course, included the Bristol’s suspension bridge, the Great Western Railway and the SS Great Britain. The family were also close to Thomas Telford, the road and tunnel engineer. 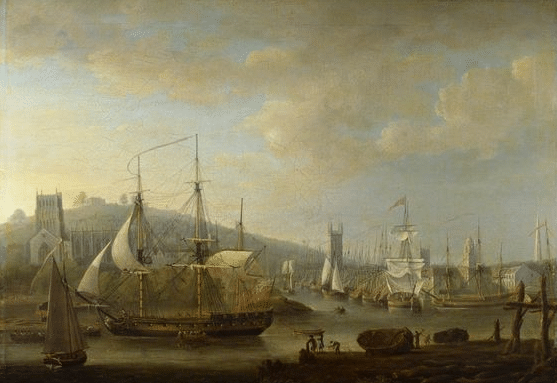 Many people came into contact with these industrial engineers, what made Sarah Guppy decide she could join them?

Sarah Guppy had six children between 1795 and 1810, by which time she was forty years old. She and her husband entertained widely but there is no mention that Sarah came directly into contact with Thomas Telford but that during this period her interest was piqued by the idea of engineering is in no question. Did her husband support her in her desire to invent? Undoubtedly he must have, an enlightened man then.

Women in this period could not own property in their own name. This included patents, which were considered to be intellectual property which might have some value. So when in 1811 with her youngest daughter was just a year old, Sarah patented “New Mode of Constructing and Erecting Bridges and Railroads without Arches” a method using piling for the construction of a suspension bridge.

“I do fix or drive a row of piles, with suitable framing to connect them together, and behind these I do fix, or drive, and connect, other piles or rows of piles and suitable framing, or otherwise, upon the banks of the said river or place.”

She was ahead of her time, Brunel wasn’t born until 1806 and it was seven years before Thomas Telford started work on the suspension bridge over the Menai strait. When he began work on the bridge, she allowed Telford to use the design for free, sharing her knowledge for the greater good. When her son Thomas went to work with Isambard Brunel the family forged even greater links with these engineering giants, there is however no evidence that her invention was ever acknowledged by either man. 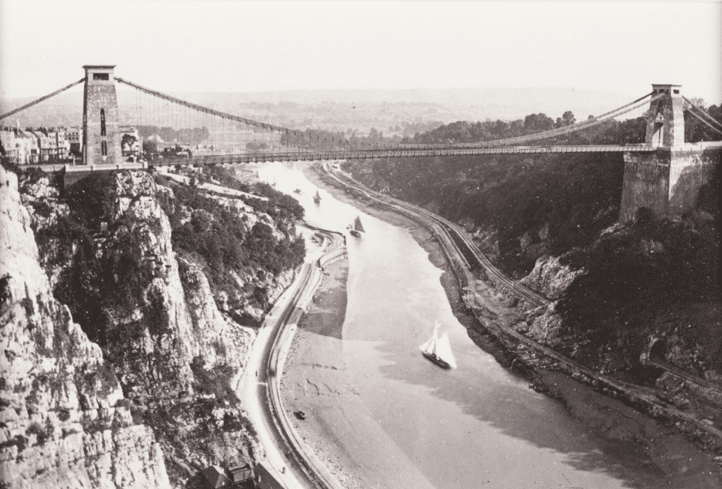 Her inventing did not end there though.

Sarah was interested in mathematics, she was a problem solver so like all inventors she saw put her mind to finding solutions to everyday issues. With the support of her husband Sarah went on to apply for ten patents including Her last patent was for a device to improve the process of caulking ships, that is sealing the joints on ships. Her husband was a copper trader and maybe that’s where she came up with the idea for a way of preventing barnacles from forming on the hull of boats. She earned a contract with the Royal Navy that was worth about £40,000 for that invention. In between she came up with a system for taking exercise while still in bed, a neat design for a candle holder which burned the candles more efficiently. She even turned her hand to a breakfast machine that made tea, cooked eggs and kept the plates warm.

He inherited his mother’s knack for invention and coupled it with his father’s for business. In about 1826, he and his brother Samuel took the Friars Sugar Refinery at Bristol, which they carried on successfully for several years. He was however first and foremost an engineer and so in 1830 he joined up with Isambard Kingdom Brunel however and started a company for constructing a railway from Bristol to London. Sarah and Isambard discussed many aspects of railway construction and she cam up with a scheme to prevent soil erosion on railway embankments by planting willow and poplar trees to consolidate the soil.

Sometime before 1800 Sarah Guppy published a title ‘Mrs Guppy’s Dialogues for Children’, she then published volume 2 in 1800. They were described as being instructive and entertaining and any profits arising from their sale was destined to be used by a charity school for girls in Bristol. She also wrote,  ‘The Cottagers and Labourors’ Friend’, again as a charitable fund raiser. 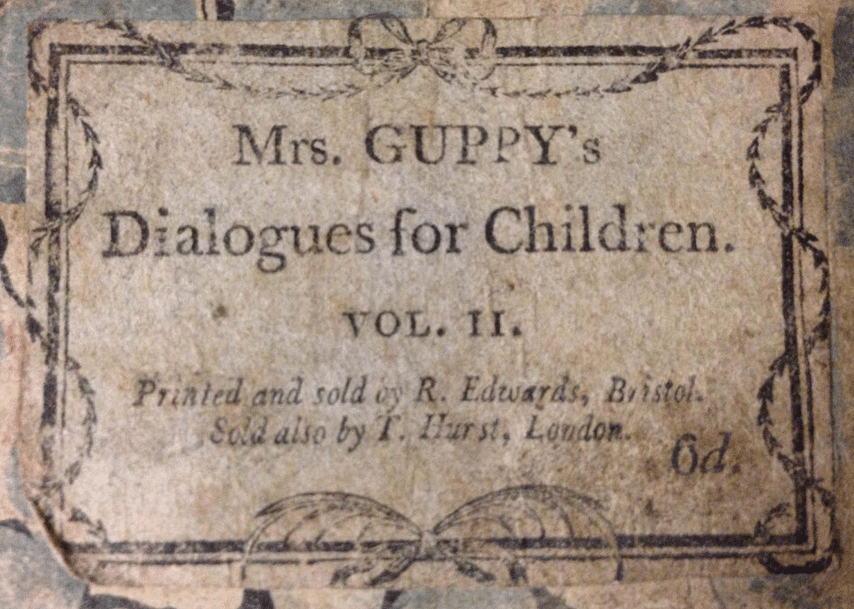 Sarah was sixty years old and extremely wealthy. Was it just loneliness that made Sarah decide to marry a man twenty eight years younger than her, Richard Eyre-Coote? Whatever the motivation was it ended in disaster for her. He spent most of her money on gambling and living a wasted life. She left him in 1842 and went to live peacefully on her own in Clifton. It seems a sad end for a woman who had generously given so much of herself all her life and been so well supported by her husband Samuel Guppy and by her children.