Henrietta Vansittart was born Henrietta Lowe. She was the fourth child of the engineer and inventor, James Lowe and was born in Southwark in 1833. Her father, neither particularly wealthy or rich, developed an improved propulsion mechanism for ships, namely the involving the use of curved blades for propelling ships.  He applied for his patent in 1838 and the Navy experimented with the new propeller fitting it to the brig sloop HMS Wizard. The propeller was stern mounted to replace the great side mounted paddle wheels and although others were working on the same problem, it was Lowes inventions that was trialed by the Navy.

New inventions and designs were taken to the Royal Navy almost daily and there was no great money to be made out of experimental inventions. The Lowe family struggled on. By 1852 James Lowe had spent all of his wife’s money and the family were living in fairly impoverished circumstances. Henrietta though, had formed a close liaison with Lieutenant Frederick Vansittart of the 14th King’s Regiment of Light Dragoons, who was based at the British Embassy in Paris. They were married in 1855. 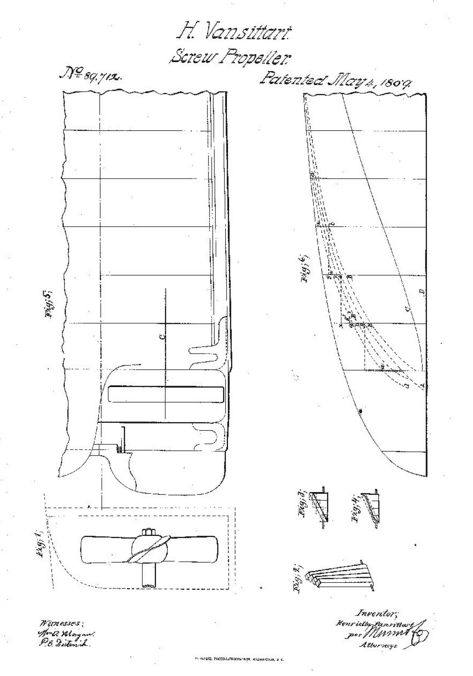 The puzzle of Henrietta Vansittart’s marriage

When Henrietta married in 1855, (as yet cannot find out where she married, was it in Paris?) she was already studying her father’s work. Her husband, Frederick, sold his commission in 1856 and they bought a house in Clarges Street, London. This address was a far cry from her families impoverished conditions in Camberwell. Henrietta however must have remained close to her family and continued to show a keen interest in the work of her father. One supposes that her husband supported her in this work. She obviously had a keen intellect and confidence in her ability. In 1857, Henrietta accompanied her father aboard HMS Bullfinch as his latest screw propeller was tested.

However by 1859, Henrietta was having a love affair with  Edward Bulwer Lytton, novelist and politician. She must have been a very charismatic woman, since it seems many knew of the affair, presumably her husband and family also.  In 1860 Benjamin Disraeli made comment that he thought she had such a hold on Lytton that it was affecting his attendance at the House of Commons. It seems she moved out of the family home at about this time and went to live in Ewell, at the house formerly occupied by her grandfather, George Barnes. The affair ended in 1871 and Lytton died in 1873. Incredibly he left her an enormous sum of money,  £1200 to her and bizarrely, another £300 to her husband. Why did he do that? Maybe the two minds just found some unlikely plain to meet. Lytton was very clever with words and gave us some very memorable quotes. This one not well known but poignant given the relationship between himself and Henrietta.

Art and science have their meeting point in method 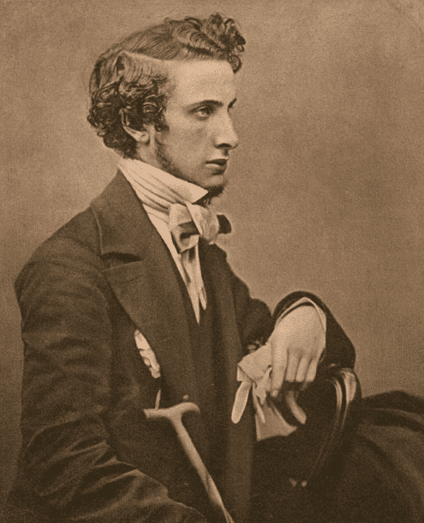 The death of Henrietta’s father in 1866

During this period of physical separation from her husband,Henrietta continued to work with her father and continued her affair with Lytton.  In 1866 a tragic event occurred. James Lowe was run over by a wagon in London and died of his injuries. At this point Henrietta took over her father’s work on the development of the screw propeller for steamships. Without any technical training this brilliant young woman took just two years to patent a propeller that she claimed would allow ships to go faster, using less fuel and with fewer vibrations. It also made reverse steering easier.  In 1868 she obtained a patent for the Lowe Vansittart propeller. The Admiralty trialed the propeller and fitted it to HMS Druid. Her invention was recounted in the Times newspaper. Henrietta won many awards for the design and the propeller was fitted to many ships, including the Lusitania. It was apparent that she had developed a stunning piece of engineering. She took out US and European patents and showed it at exhibitions all over the world.

Throughout all this hive of activity, Henrietta’s affair with Lytton continued, lasting until 1871, at which point it seems, she returned to live with her husband.

The 1881 census shows Frederick and Henrietta living together in Twickenham. He a retired officer and she, a patentee of the Lowe Vansittart screw propeller.

A sad ending for an inspirational pioneering woman engineer

Although Henrietta was only in her late forties, she was showing signs of increased mania. In 1882 she was ordered  by magistrates to be detained in the county lunatic asylum at Coxlodge, Gosforth, near Newcastle upon Tyne, having been found wandering by the police. Why so far from London?She died there on 8 February 1883 of acute mania and anthrax.

She was not forgotten though

Henrietta’s work and personality ensured she was remembered and her obituary in the ‘Journal of the London Association of Foreman Engineers and Draughtsmen’ wrote that;

‘she was a remarkable personage with a great knowledge of engineering matters and considerable versatility of talent’, and how cheery and thoughtful for the happiness of others she was.

Even more remarkable, she was the only lady, it is believed, who ever wrote and read a scientific paper, illustrated by diagrams and drawings made by herself, before the members of a Scientific Institution.

She never had any children and left a personal estate of £821. Frederick died in 1902.