Joseph Bazalgette Engineer and Saviour of London he designed and engineered the London Victorian Sewer System. Wherever you turn in London, above or below ground the mark of this one man Bazalgette can be found. The work of Victorian engineer Joseph Bazalgette saved the city of London from itself and the horrendous condition in which its population was living.

So in 1849  Bazalgette returned from the country, to find the city in the final throes of its second cholera epidemic. He had recently been recovering from a breakdown brought on by the intense pressure he put himself under in his work. He was a man driven by a high work ethic and an exacting attitude. 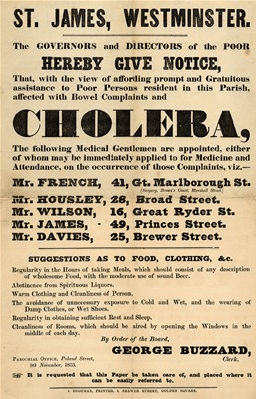 Joseph Bazalgette refused to give in.

He showed great attention to detail and was persistent in his doggedness to get his ideas, if not accepted then at least considered by the Sewer’s Commission.Well aware of the urgency of the crisis and anxious that no more time be wasted, Bazalgette reapplied to the Sewers Commission in August 1849. This time he was successful, and was duly appointed assistant surveyor to the second Metropolitan Sewers Commission.

He was at last in a position to undo some of the poor decision making that had wracked the Commission for years. 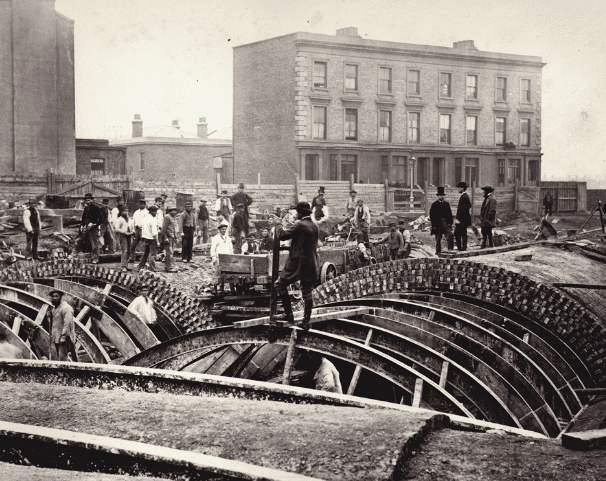 Another outbreak of cholera hit the city.

Pressure began to be applied to the city’s sanitation engineers, to resolve the problems once and for all. Still it took until 1856 for the Commission to establish the Metropolitan Board of Works and to at last appoint Joseph Bazalgette as Chief Engineer.

It took the combined powers of persuasion of fellow engineers, Isambard Kingdom Brunel and Robert Stephenson, who endorsed and recommended him for the job before he was invited to this prestigious and important role and not before time as the hot summer of 1858 led to the ‘Great Stink’, the straw that broke the camel’s back.

What did Joseph Bazalgette have to do to put his plans into action?

Bazalgette was to transform an ancient network of sewers into a modern system to serve a population of 2.5 million people and growing and he must do it with minimum of disruption and it had to be good enough to last at least a hundred years.

As with all good ideas, simplicity was at its heart. Bazalgette decided that as all the existing sewers and drains ran down to the river, he would intercept these flows with main sewers at different levels that would run parallel with the River Thames.

Perhaps the cleverest idea was the shape of the sewer itself. Egg shaped, with the widest part at the top. This meant several things, strength and even in times of  low water the sewer would not stagnate and would be self cleansing.

He decided that a cut and cover method for laying the sewers would be the most simple and in terms of construction he decided to use hard engineering bricks with a mortar of Portland cement.

Portland cement patented in 1824 by Joseph Aspdin, was a strong waterproof cement but had been slow to be adopted as the mix of limestone, clay and water had to be exact or it became weak and unstable. However, correctly mixed and it would prove to be one of the most important products developed in the C19th.

Joseph Bazalgette with his usual brilliant ability to see possibilities stuck to his principles when he was criticized for his choice of materials.

It is a testament to both Portland cement and Bazalgettes total confidence in the product that the sewers continue in use today, 150 years on.

The embankments were completed by 1870, providing the city with a pleasant vista of the river, a place to perambulate.

Most importantly, the outbreaks of cholera ceased and the dreadful smell that pervaded the air was a thing of the past.  His work, coupled with that of John Snow, in determining the cause of cholera, saved London from its plague of disease.

Joseph Bazalgette’s work did not stop there. He designed three of London’s most notable bridges, Putney, Battersea and Hammersmith Suspension Bridge. He built or re-built many of London’s main thoroughfares including, Northumberland Avenue, Shaftsbury Avenue, Charing Cross Road and Queen Victoria Street.

He was knighted in recognition of his great work and a memorial can be found to him on the Embankment. These changes were closely allied with the period building up to and during the Industrial Revolution and Bazalgette was one of a number of examples of brilliant British Engineers and inventors.