Cholera on the streets of 19th Century London

Cholera on the streets on 19th century London

From the early to the mid 19th century, the economy of Britain was feeling the strain of its war with France. Troops returning from the Napoleonic battlefields were discharged into communities where job opportunities were scarce. The agricultural and industrial revolution were placing a burden on rural communities and the peoples response was to move to the urban cities, London in particular.

By the middle of the century the population had soared to 2.5 million and it was growing.

Most of this odorous material was discharged into the River Thames and the quality of water was deteriorating at an alarming rate. 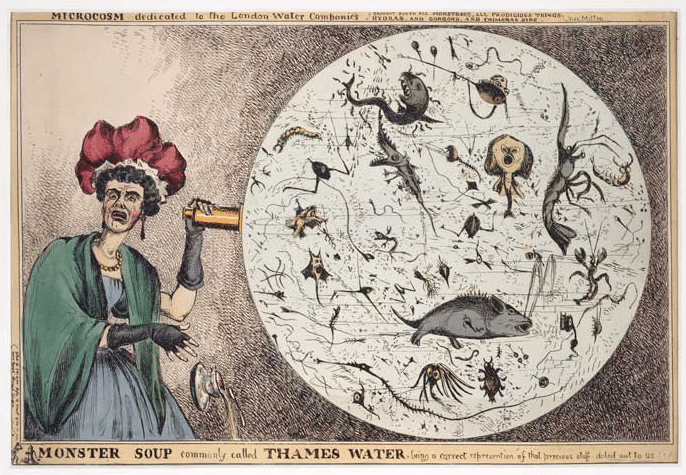 Cholera was called Asiatic Disease, known to occur in the slum dwellings in India

Questions were asked, was this to be the result of our Empire in India, would the cost to the British public be disease?

Edwin Chadwick, the city’s Sanitation Commissioner produced a most uncompromising  paper in which he stated his own belief that cholera was the result of atmospheric impurities produced from the rotting animal and vegetable waste which lay on the streets of London. The fact that people were living in densely populated squalid housing only exacerbated the whole problem.

The result was, for the city’s cesspools to be closed.

Whilst Chadwick and his influential cohort of miasmatists built an elaborate scheme that would strengthen the Great Cholera Epidemic, people such as John Snow were developing the theory that the disease was a water borne disease. 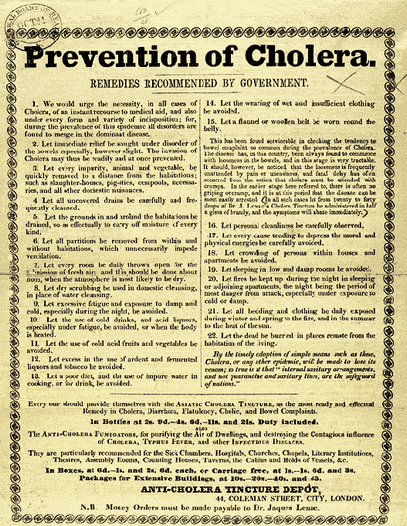 By 1848 London was hit by a second epidemic and although the figures vary, the death toll could have been as high as 50,000.

Finally the Metropolitan Sewers Commission was established which was supposed to deliver a project to ensure that cesspools and house drains were connected to sewers for the first time. Chadwick sat on this board which failed to deliver any practical solutions until the arrival of Joseph Bazalgette.

Joseph Bazalgette, an engineer, more used to building railways than to considering the sanitation needs for one of the world’s most densely populated areas of the world, was a persistent, tenacious and hardworking individual whose skills and determination would be the saving of London from disease and stink.