At the time when it opened, in 1841, Isambard Kingdom Brunel’s tunnel through Box Hill in Wiltshire, between Chippenham and Bath, was claimed to be the longest railway tunnel ever built. 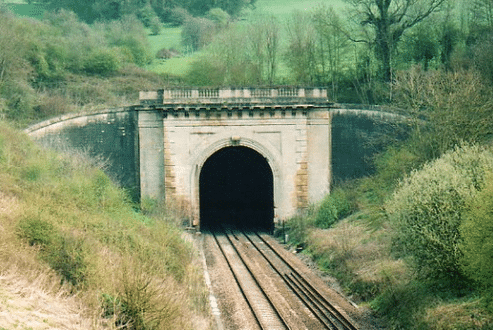 Working conditions for the navvies were harsh.

The tunnel was an incredible achievement, that cost the lives of 100 workers but which was opened with no official ceremony.