The replica of Sir Francis Drake’s most famous ship The Golden Hind sits on the southern shore of the River Thames and is a reminder of a time when this part of the river was the hub of ship building, trade and exploration. 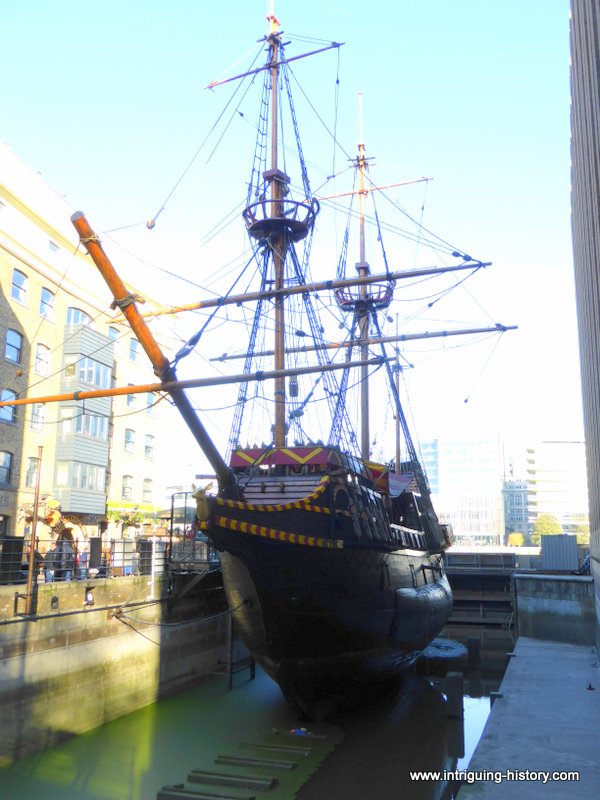 Replica of the Golden Hind

Queen Elizabeth I acceded to  the throne in 1558 when England was in a state of religious and political turmoil and the threat of war with the Spanish and the Ottamans.

The achievements of her reign are immense, she eventually oversaw major developments in travel, trade, science and wealth in an age of English expansion. The ship the Golden Hind was part of this glorious time when new trade routes and commercial ventures were conducted for the crown. 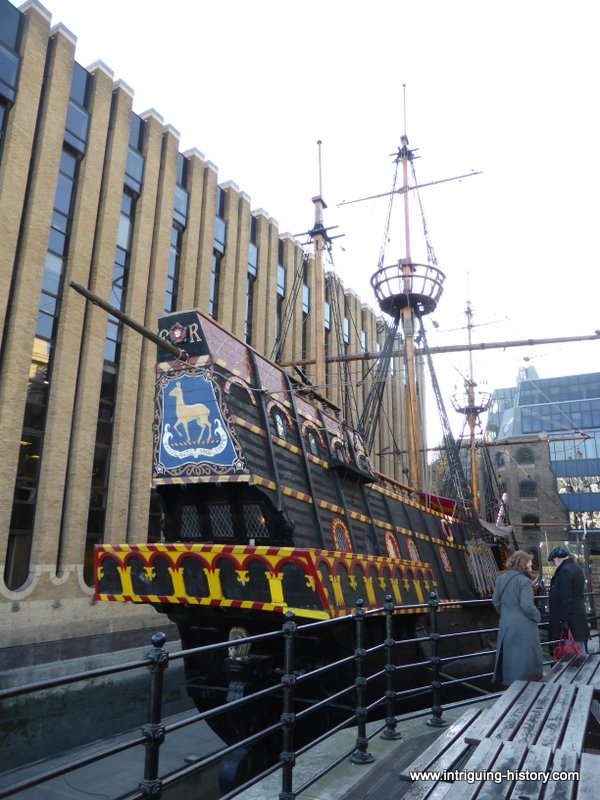 To some the three year voyage was nothing other than a pirating mission and the six tons of treasure they returned with allowed Queen Elizabeth to pay off her foreign debt and invest £40,000 in the Levant trading company. Was this a turning point for English trading dominance over the Spanish, Dutch and Portuguese?

The trip certainly renewed English interest in the New World. 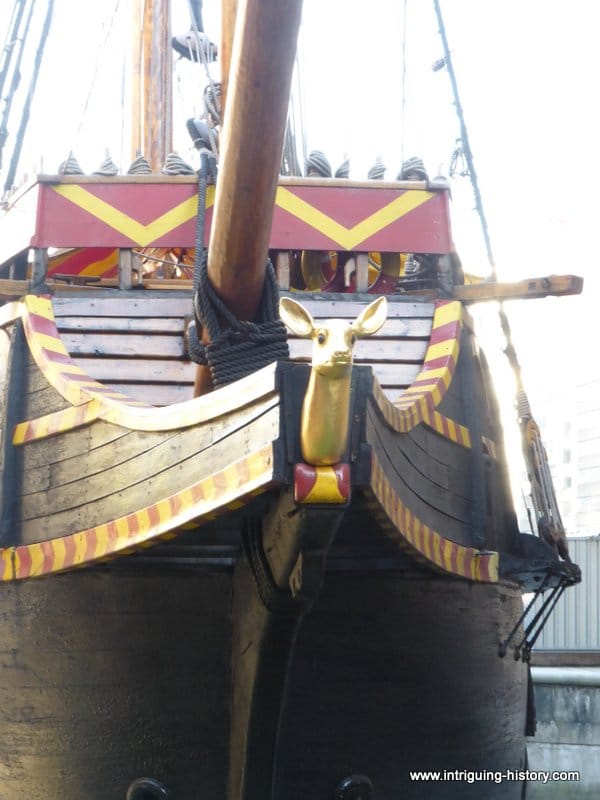 The Golden Hind was the only one of the ships to return with just 56 men, on 26th September 1580 but what became of it after it’s three year voyage?

There is no doubting the great pleasure and excitement that Queen Elizabeth felt on the safe return of her favourite Sir Francis Drake and his astonishing success. On 4 April 1581, probably at nearby Sayes Court, Deptford, Queen Elizabeth gathered hundreds together for a splendid banquet. She then boarded the Golden Hind, which was moored on the River Thames and once on board, knighted Francis Drake on the main deck. John Stowe writing ten years later tells us, that the Queen demanded “His ship to be drawn up in a little crecke neare Deptford upon the Thames to be preserved for all posterity.” It was drawn into a dock on the River Thames which was then filled with earth.

It has been suggested that the position of the ship should be located in it’s Deptford grave and initial tentative surveys have been done to locate it.

The voyage was an undoubted success for Queen Elizabeth I and for England. In 2012, the year of Queen Elizabeth II’s Diamond Jubilee, the replica sailed down the Thames, past Deptford Docks where Drake was honoured with a Knighthood just over 430 years ago.

To learn more about the voyages visit www.elizabethan-era.org.uk