Thomas Cromwell, the man in black, a man of humble origins, a master of rhetoric, the King’s advisor

My prayer is that God give me no longer life than I shall be glad to use mine office in edification, and not in destruction.
Thomas Cromwell letter 1538

The rise of Thomas Cromwell, after the fall of Cardinal Wolsey, is a fascinating study of a complex situation and complex personalities to boot.

Both Cromwell and Wolsey were men who trod a different path to others. It’s well recorded that they both came from humble origins and had shaky and uncertain starts to their chosen occupations. Their characters also, shadowed each other, men of great charm and both clever with words. Both men were charismatic and drew the King to them.

Thomas Cromwell was however a different man in many ways to his friend Wolsey. 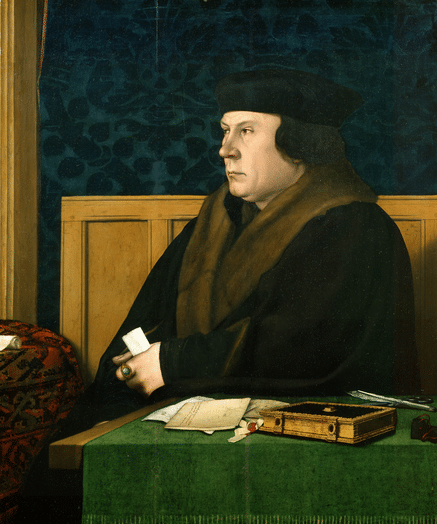 Where Wolsey loved the pomp and ceremony and created a world for himself in which he was a commanding and wealthy leader, Cromwell was an altogether more reserved, shrewd and cautious politician.

He was careful not to overplay his hand in terms of ostentatious wealth, he is frequently portrayed with books and rolls and pens in hand. He appeared more servant like in his demeanor but he was an astute tactician, ever watchful of which way the wind was blowing.

His manner around Wolsey during his decline, both figuratively speaking and literally speaking, was one of respect and support. In this way he discreetly cleared up the mess of affairs, earned himself loyal support in the process. He was a reasoned and careful controller of his household and his supporters. His aim was to manage the different factions that existed all over the court of King Henry VIII.

With Wolsey gone, the King was determined to take control of the government but in truth King Henry did not really have the stomach of a politician, he could be indecisive and easily swayed by powerful personalities. Thus he became overwhelmed by a medley of advisors. Anne Boleyn was strongly supporting her interests and the arrival of Thomas Cromwell seen as an asset to her camp. 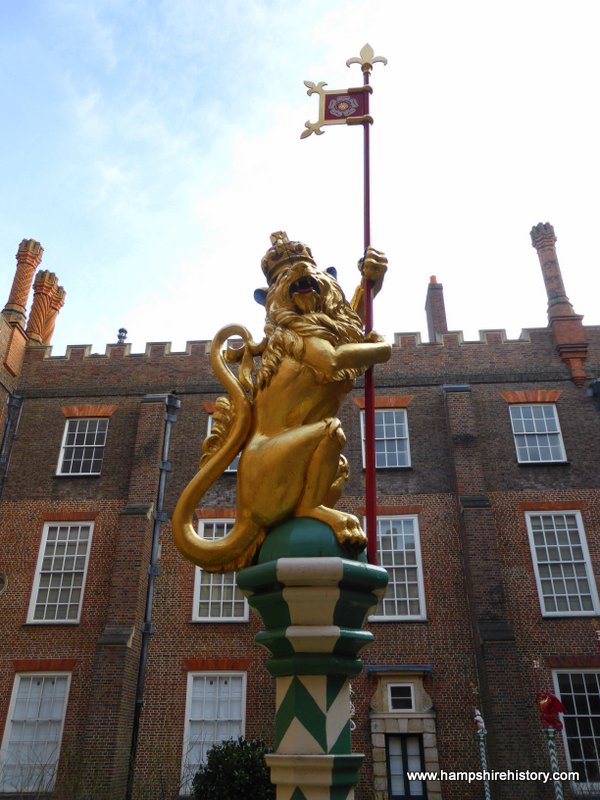 Theirs was an odd coalition. Both were reformers, Anne more so but there was enough common ground between them that made it possible for Cromwell to contrive to bring about that which Anne Boleyn and the King wanted, a divorce between Henry and Catherine and a marriage between Henry and Anne.

In the parliament of 1532, the Submission of the Clergy was passed, then the Acts of Restraint. Thomas Cranmer (a Boleyn man), replaced Warham as Archbishop. The ball rolled inevitably onwards, the Pope was handcuffed by the Acts, Henry’s divorce from Catherine was settled, Anne became pregnant, her and the King were secretly married and Cranmer declared the marriage valid and Anne was crowned Queen.

Cromwell and Boleyn had triumphed although not all were in concord.

Sir Thomas More, Chancellor, could not accept the course that Parliament and the King and his advisors had taken. He refused to take an oath of support and this refusal to subject himself to King Henry’s will led to his trial and execution for treason. Others such as Stephen Gardiner the Bishop of Winchester were also to suffer the wrath of Henry. Cromwell for the time being faced down the ‘conservative’ opponents. Maybe Thomas Cromwell had nailed his colours to the mast of Queen Anne too soon?

Queen Anne was a powerful and determined woman, following the birth of another daughter, Elizabeth, she and the King soon fell out and her relationship with Cromwell strained.

The ‘conservatives’ felt the ground shift their way and they positioned a new woman, Jane Seymour, to take the place of Anne. Now Thomas Cromwell played a clever hand, the fall of Anne could also mean his own downfall but Cromwell was astute enough to recognize what was happening around him. He needed to be in control of the situation and worked quickly. He turned his charm and intelligence upon the conservative plotters and persuaded them on a new course of action, one which would lead to Anne’s death, executed for treason by way of adultery. It was relatively easy for Cromwell to find men to be tried alongside her, her own brother Lord Rochford and musician Thomas Smeaton, poet Thomas Wyatt amongst others. Accusations and lurid details flowed with the result that the Queen of England and a number of King Henry’s household were executed.

The way was cleared for the marriage of Henry to Jane Seymour. Henry’s children Mary and Elizabeth were removed from the succession and with the birth of a prince, Edward, all seemed rosy in the garden but as seems to be the case with King Henry disaster was just around the corner. Jane died after childbirth. In the footsteps of Queen Anne at Hampton Court Palace

Cromwell had to deal with the rise of the conservatives again

Cromwell was going to have to take drastic measures to put down a resurgence of the conservative faction at court. They were seeking a way to place the Catholic Mary back in succession. Cromwell contrived to cause complete disarray between the King and those who had been amongst his closest friends and advisors. It is perhaps a testament to the charismatic power that Thomas Cromwell had, that he succeeded. He called into question motive and loyalty that resulted in Henry’s oldest intimates such as Nicholas Carew being executed. Thomas Cromwell did not stop until he had ousted most of the conservatives from court and replaced them wit his own advisors, a crew of widely chosen men, not nobles but men who who would work well for Cromwell, lawyers and merchants, who Cromwell treated well. His own men.

Thomas Cromwell tightens his grip and loses his head

In 1539 Cromwell moved closer to the King, he became head of the Privy Chamber and then Lord Chamberlain. The closer he got of course, the more precarious his position. He should have been as cautious as he had been all his life but maybe power overcame his caution. He orchestrated the marriage between Henry and Anne of Cleeves, it was a disaster and Cromwell almost by his own hand sealed his fate. His enemies such as Stephen Gardiner seized the opportunity to attack Cromwell. King Henry did not need much persuading to agree with their accusation of Sacramentarian Heresy and in 1540Cromwell joined the many others he had sent to the executioners block on Tower Hill.