During the C18th, France and Britain fought for colonial possessions, Europe expanded into the rest of the world.

Post 1815 though, the lust for possession and maintenance of colonies diminished.

By the 1860’s and 1870’s though,  a wind of change blew, several factors converged to make Europe look to the greater world again. 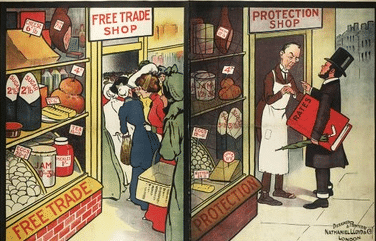 Britain wanted to avoid  any further commitment in tropical Africa.

Without doubt though, the biggest push for the new colonialism was the construction of the Suez canal, opened in 1869. It had created a new highway for goods, cutting transport time and costs drastically and made new trade routes possible. Protection of the markets became more complex as competition increased. The world was changing fast and Europe needed to react quickly to exploit what it could.