Jun 3, 2012 / Comments Off on River Thames and Waterloo Bridge
This entry is part 2 of 3 in the series River Thames
River Thames

The first Waterloo Bridge was designed by John Rennie

John Rennie was a pioneering mathematician and engineer whose designs for transportation enabled the Industrial Revolution to develop and consolidate.

It was designed in 1809 – 1810 to link the south bank around the area of the now National Theatre and the north bank at the Aldwych and the site of Somerset House.

It must have been a stunning sight. The Italian sculptor, Antonio Canova described it thus

John Rennie was working for the ‘Strand Bridge Company’. He never trusted his work to assistants, preferring to work to his own hand drawn meticulous plans. The Strand Bridge Company was incorporated by an act in 1809 and appointed George Dodd to build the bridge, son of tunnel building Ralph Dodd. The designs of Rennie though came to replace those of Dodd who, nevertheless, continued to work with Rennie. 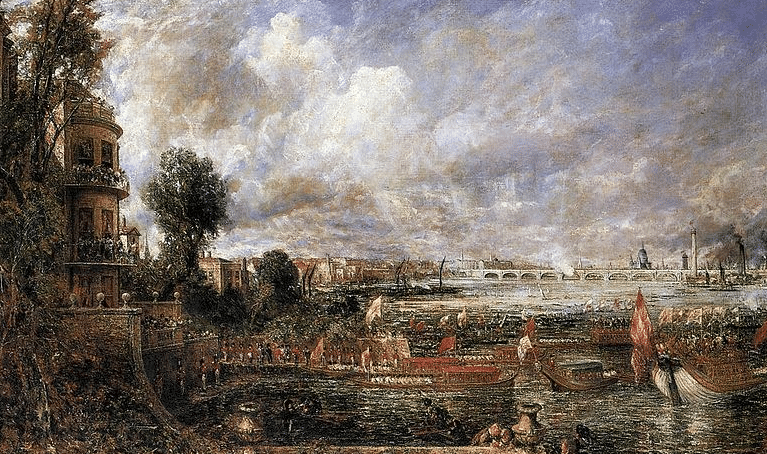 The bridge was first to be called the Strand Bridge

The entire works would be a mile in length, with the bridge itself a quarter of a mile. It cost nearly a million pounds to build. It would be a monumental statement, a structure for the new century. The bridge had nine arches, with Doric stone columns each span was 120 feet. The exterior face of the bridge was covered with Cornish granite from Penryn with a balustrade of grey Aberdeen granite. It must have sparkled and shone and looked absolutely stunning.

From an engineering view point Rennie managed something very clever

The approach gradients of former Thames bridges had created problems for horses drawing heavy carts and carriages, Rennie managed to reduce the inclines and create a much more comfortable ride, hence the distance out from each side of the bridge that construction started.

When Waterloo Bridge was opened in 1811, England was under threat from Napoleon.

In 1816, the year after the Battle of Waterloo, the Strand Bridge Company went to Parliament to ask for authority to raise money from tolls at the same time Parliament allowed the name to change to ‘Waterloo Bridge’, to honour the victory.

The Duke of Wellington and other officers attended. It was a magnificent event painted by John Constable who painted the picture ‘The Opening of Waterloo Bridge’ from Waterloo stairs, showing the open expanse of the Thames and the boats pulled up on the foreshore.

The bridge began to fail in the 1920’s and a decision to demolish the bridge was made.

A new bridge was built and completed in 1945. The lovely Cornish Granite stones Rennies original bridge were presented to various parts of the world as a symbol of the historic links in the British Commonwealth.

Click here to see a painting by Ernest Cundall of the demolition of Waterloo Bridge.