Laura Bassi was born in Bologna in 1711, the same year as St Paul’s Cathedral in London was completed.

Laura Maria Caterina Bassi was a brilliant and erudite young woman, born into a heady atmosphere of early 18th century Bologna, a melting pot of ideas and fusion of like minded scholars, caught in the bosom of the University of Bologna. Skip from her birth to the year 1732, when, at the age of twenty one, she was placed before four professors of the University of Bologna at the Palazzo Pubblico and they debated forty nine philosophical theses. Laura Maria Caterina Bassi was more than capable of holding the debate and when it was finished, she was appointed as a Reader in Philosophy and this in turn allowed her to lecture at Europe’s oldest university, the University of Bologna.

The scale of this achievement cannot be underestimated. She was the first woman to be offered such a position at a university in Europe. To put that into context, it took Oxford University until the end of the 19th century and well into the 20th century before it appointed women fellows. 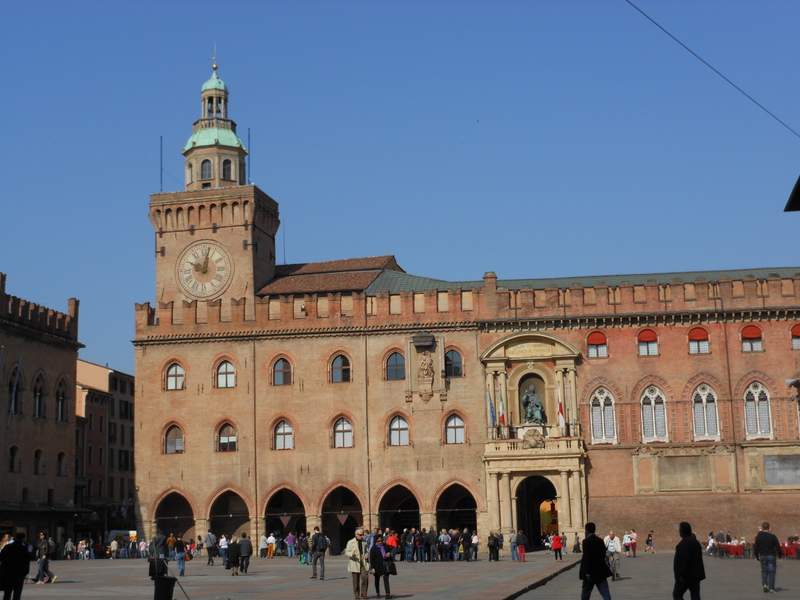 So how did Laura Bassi rise to such a position?

She was an academic child whose gift for learning was recognized by her lawyer father. Many such fathers would not have given much thought to their daughter’s education but Laura’s was a more enlightened man. He employed a tutor for her, Gaetano Tacconi, a professor at the College of Medicine. He saw the brilliance of the young woman before him and gave Laura a breadth of education unavailable to most. He moved in circles that would have been impossible for Laura to have gained access to. Within this learned group was Prospero Lambertini, another professor of Bologna and an important man who was made Archbishop in 1731. He became patron to Tacconi and thus was Laura Bassi exposed to the most influential minds in the university. 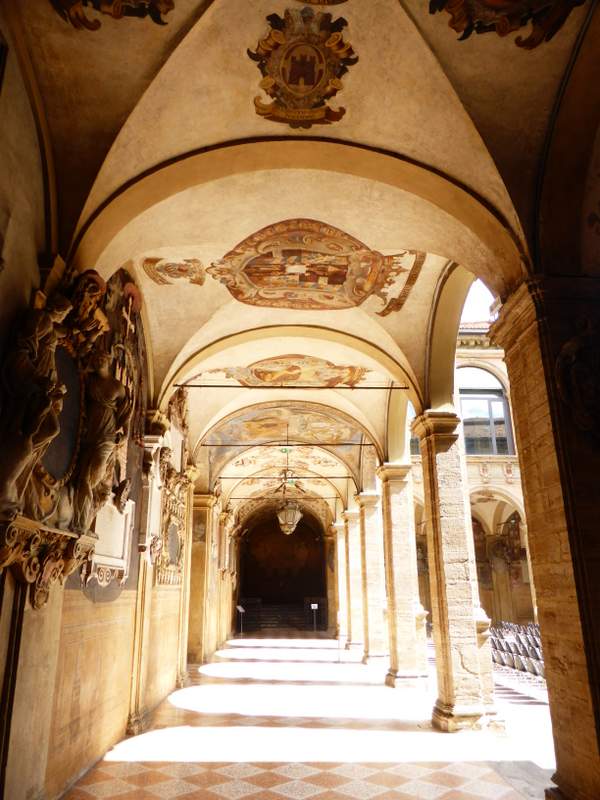 What did it mean to teach at the University of Bologna?

Laura was allowed to teach in a limited way. Following the grand debate in the Palazzo Pubblico in Bologna she was allowed to lecture at public lectures, open to both men and women. She was prevented from lecturing to all male classes within the university itself, so although the chalice was handed to her she was not allowed to drink from it. However this was a hugely respectful act, the bestowing of a doctoral degree in May 1732 was undertaken because of the respect the fellows had for her academic brilliance. The extent of this admiration can maybe be seen in a collection of rhymes that was written for her and presented to her in 1732 on the occasion of her doctoral degree in Philosophy. 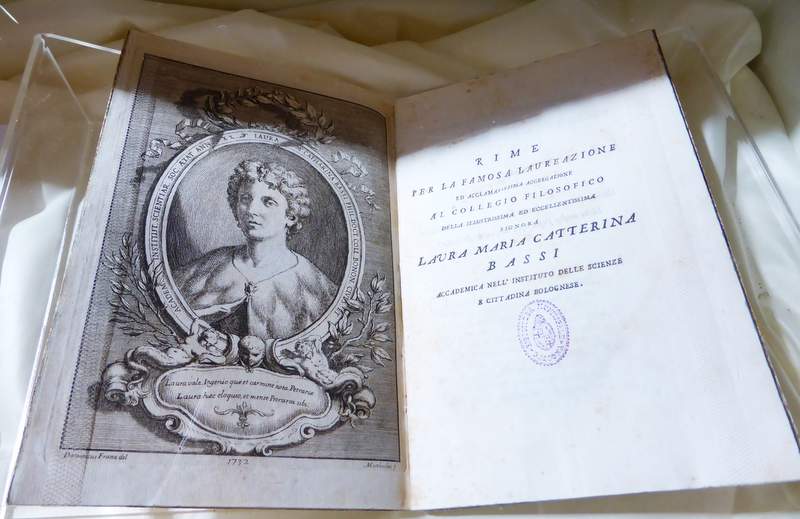 The book of rhymes written for Laura Bassi

Instead of working within the university she was funded to set up a laboratory in her own home and worked from here as an experimental physicist, running courses on a wide range of subjects from rational mechanics, dynamics of fluids and electricity. She was in every way the best kind of teacher, she facilitated the learning of others, enthusing and promoting experimental work. She collaborated and shared her ideas and  was responsible for introducing Italy to his ideas on physics and natural philosophy. Despite the limited number of scientific works, her scientific impact can be seen through her correspondence with people such as Voltaire and Volta.

This was the period of enlightenment, a time of navigators and explorers, the European industrial revolution and the work of people such as Newton and Wren of the previous century. It was a moment in time when women could, if society was willing, step forward as academics. Her public lectures which took place at the heart of Bolognese society in the Palazzo, drew the great and good from politicians, scientists, theologians and artists. She appeared in art and was written about across Europe, her lectures and courses repeated in papers and pamphlets. Her home became a hub of scientific thoughts and ideas, she was in every way an enlightened and respected young woman. 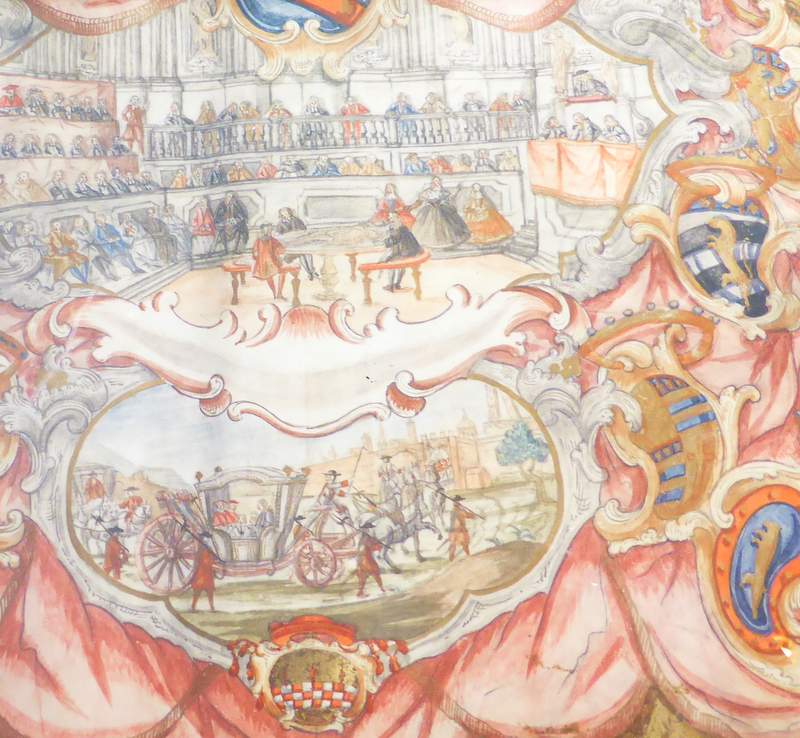 Laura Bassi illustration showing the first dispute sustained by Laura on 23rd Feb 1734 inside the Archiginnasio Anatomical Theatre, she is the figure in black. 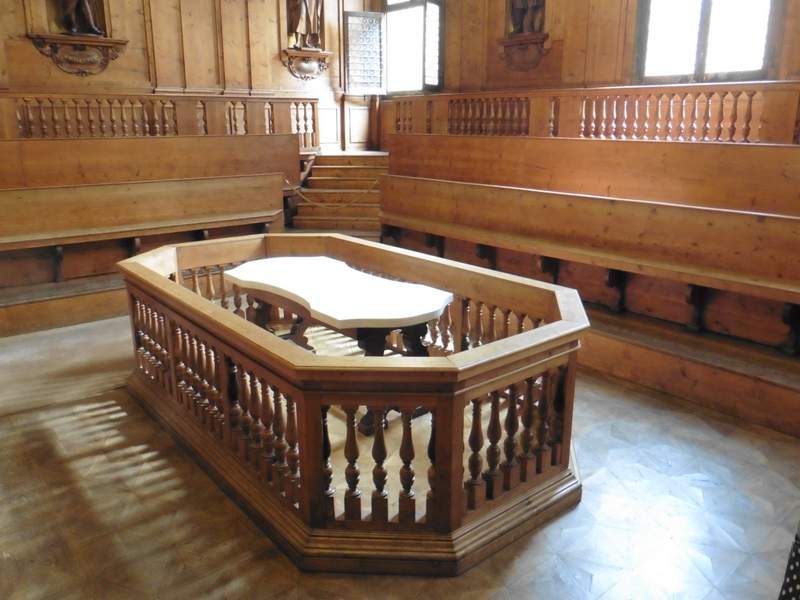 Against all convention at the time, (it was thought that university fellows should not marry), Bassi and Veratti fell in love and married in 1739. Giuseppe was a doctor of medicine, his particular interests lay in electricity, most particularly the therapeutic use of electricity and atmospheric electricity. His role in studying the effects of electrical stimuli on the nervous system led to the discovery of animal electricity by Luigi Galvani, a pupil in his youth of both Veratti and Laura Bassi. Together they had eight children of whom only five survived. Three of her sons were named Paolo, Giovanni, and Giacomo. Paolo became a physicist while the other two became canons in the Church. Her only surviving daughter, Catarina, became a nun. Little is known of Laura Bassi’s day to day existence but like so many with amazing minds she seems to have fitted a great deal into her life. Their house was full of scientists and scholars, not just from Italy but all over Europe. An entire magazine written in Germany was published in 1737 mentioning Laura Bassi and her research. 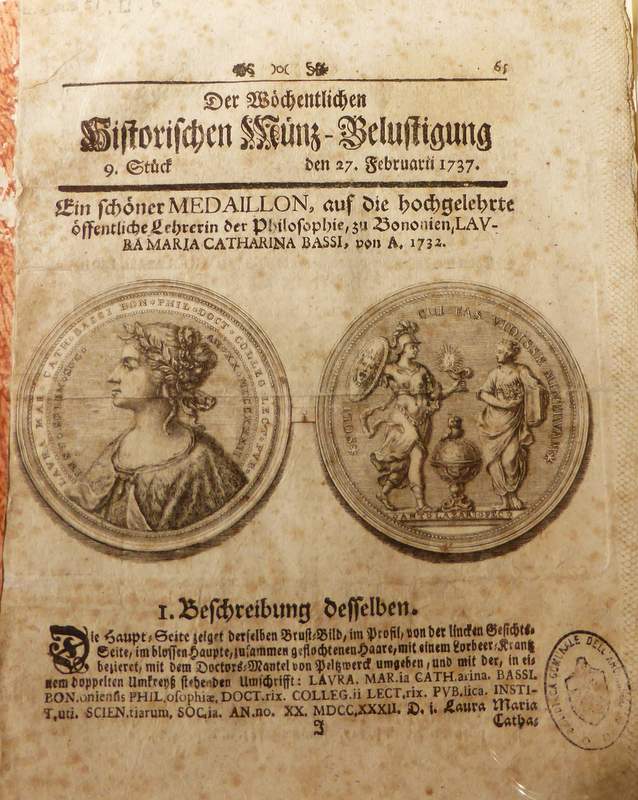 The Benedictine Academicians – putting Bassi in her place.

In 1745 Laura obtained a place in the select class of the Benedictine Academicians, a group set up by Pope Benedict XIV whose aim was to increase scientific productivity. It consisted of twenty four scientists some of whom were opposed to Laura Bassi joining them, based on the usual sextist arguments. Bassi was eventually invited but in order not to upset the bigoted men who stood against her she was not granted the same voting rights as them. Each of them had to submit one paper a year to the Pope. Laura submitted, On the compression of air (1746),  On the bubbles observed in free flowing liquids (1747) and On bubbles of air that escape from fluids (1748). 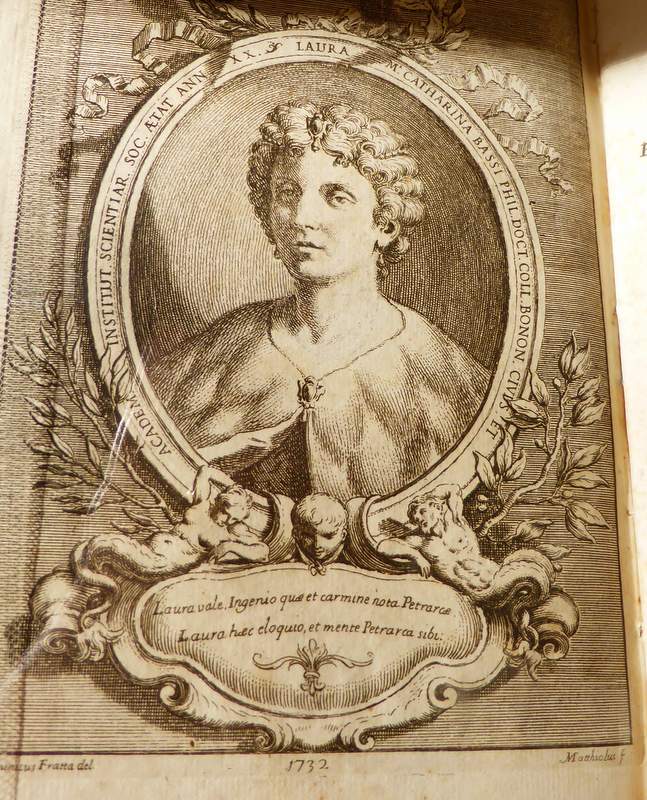 So what did Laura publish?

Bassi published twenty eight papers all held in the Bologna Academy of Sciences in Bologna. Most contain little original work but that is not the point, it was her ability to extrapolate new thoughts and ideas from work from people such as Newton and disseminate it.  Thirteen papers are on physics, eleven on hydraulics, two mathematics, another on mechanics, one on technology, and a chemistry paper.

In 1776 Laura’s scientific ability and her ability to disseminate that knowledge, was officially recognized by the Senate, when it conferred the post of professor of experimental physics in the Institute of Sciences, making her husband Veratti her assistant. Sadly she died just two years later, aged  sixty seven years. Giuseppe took on her role after her death but how lonely he must have felt after all they had shared together. There is a collection of papers pertaining to the Bassi Veratti estate. 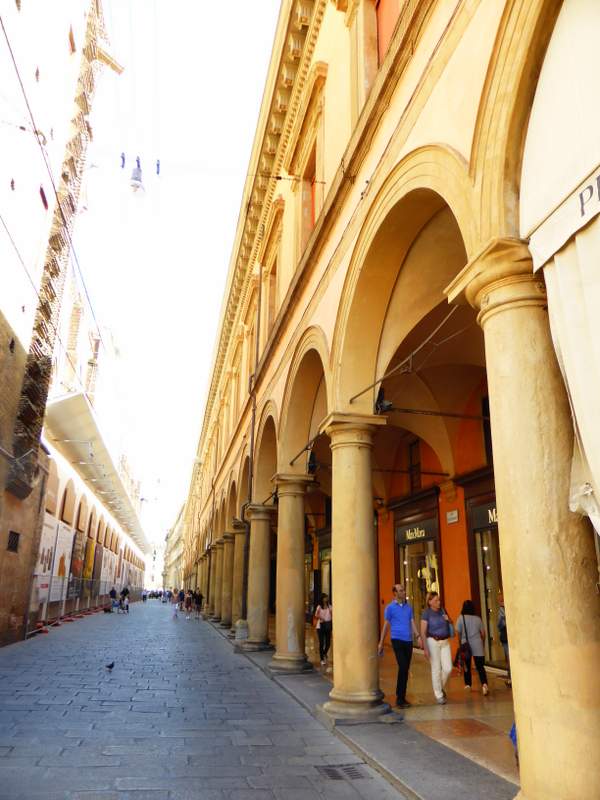 Medieval streets of Bologna outside the College of Medicine