The iron bridge near Coalbrook Dale is a humbling testament to the skill of ironworkers over two hundred years ago.

The spectacular Severn gorge that carves its way through layers of limestone, coal and iron ore is a striking natural feature that gave rise to the most important industrialised landscape of the C18th.

The River Severn itself with its unpredictable and sometimes treacherous flow was brought into play as another natural resource that created the revolution that affects us to this day. The exploitation of the mineral resources on either side of the gorge enabled an iron industry to thrive here from the Middle Ages onwards. Abraham Darby I, a Quaker iron master established his business in the area and it was here that he invented a process of using coke as a fuel rather than charcoal, that meant iron could be made cheaply and plentifully.  The whole area became known as Coalbrook Dale. A pretty name for what would become a scarred and polluted place, an industrial heartland. 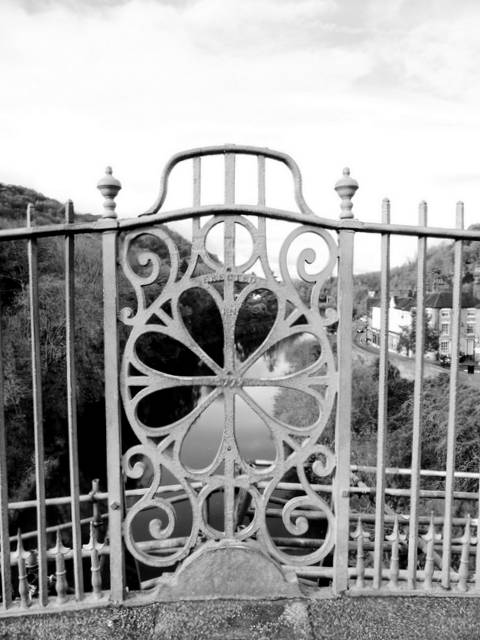 Stand on the Iron Bridge and look at the Severn Gorge.

The geological feature of the gorge meant it was difficult to get goods and raw materials from one side of the gorge to the other. The solution was a vast number of ferries going backward and forward against an armada of vessels plying trade between Gloucester and Welshpool.

With only one Medieval crossing of the river, the Buildwas Bridge, it was only a matter of time before there was a demand for a new crossing, a new bridge and the industrial community of Coalbrook Dale turned to the family whose name was synonymous with the iron industry to build it for them, Abraham Darby III was commissioned to create the new bridge.

Why was the iron bridge built?

Historically bridges had been built of stone but in Coalbrook Dale the obvious choice of material was iron. No where in the world had a bridge been built of iron and it would stand as a monument to the possibilities of using iron as a building material.

So the bridge was built not just to ease the flow of traffic on the river itself but to act as an advertisement for iron, for Coalbrook Dale and for British engineering. The Act of Parliament authorising the bridge is an interesting paper in its own right as it specifically demanded that no ferries should operate within 500 yards of the bridge. The bridge was a toll bridge and as such it was determined to be a commercial success. 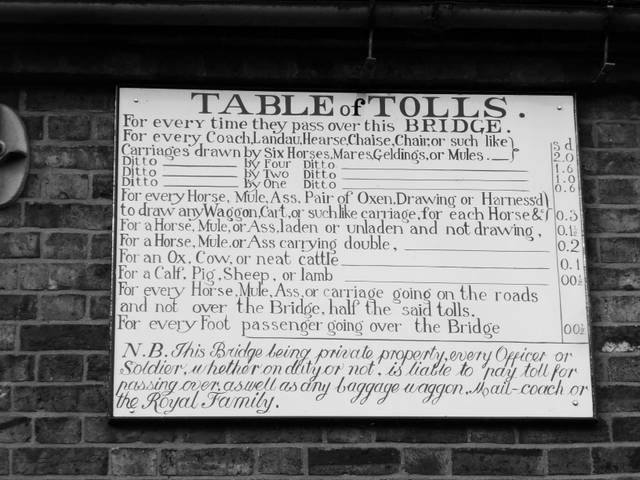 In order to facilitate the success of the bridge a very public media campaign was put into motion. The bridge would span the gorge in a position that made the most of the beautiful dramatic scenery and its reflection, forming a circle in the water below, was a masterly stroke.

Darby commissioned several drawings of the bridge and an engraving of the bridge went to several runs, such was the interest from the public. 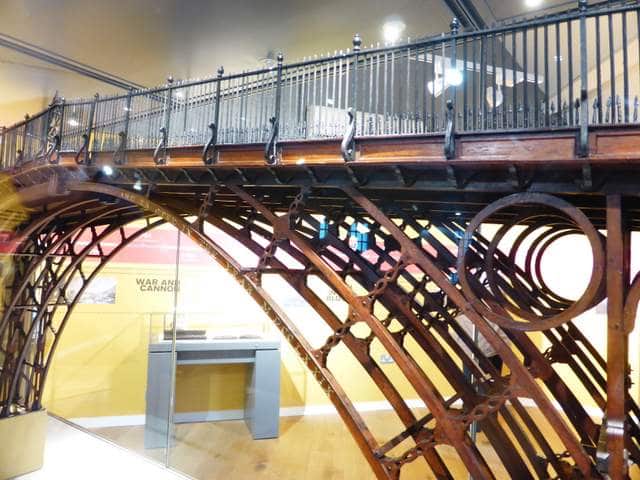 The model by Gregory from 1785

Who designed the Iron Bridge?

A little heard of joiner turned architect called Thomas Farnolls Pritchard saw the opportunity to build a bridge of iron and approached the iron master Wilkinson with his proposal. Trained to work in wood, Pritchard could see the possibilities for using similar joinery in building with iron. Wilkinson was excited by the idea but as slow progress was made to find investors for this new revolutionary concept, so Wilkinson sold out his shares in the project to Darby. Darby was now the major shareholder and so the bridge of iron would be built. In November 1777, the work began. Pritchard whose efforts were so critical to the success of the bridge, died the same year and so never saw his dream design built.

People travelled from all over the world to see the bridge, it was an engineering marvel.

The interesting bit – how was the bridge cast?

When you first see the bridge you might think it is a small structure but then consider that each half rib is over 21m long and weighs about 6 tonnes. In total the bridge weighs 384 tonnes!

Just to produce enough pig iron to start the casting would have taken one furnace over three months to produce. It is thought that the iron was possibly supplied by all three of Darby’s furnaces or that a new temporary furnace was built on site but whatever the case, this was a mammoth task never undertaken before anywhere in the world. The pattern makers would first make the structure in wood and their skill was critical to the success of the build. In 1785, the foreman pattern maker, Thomas Gregory, built a 1/24th scale model of the bridge, the mahogany model is a beautiful piece of art work. Gregory also designed the joints for the bridge, so a very important man indeed. The casting masters had to ensure the sand casts were perfect and that the run of the molten iron into the moulds ensured no imperfections and therefore weaknesses in the final build. 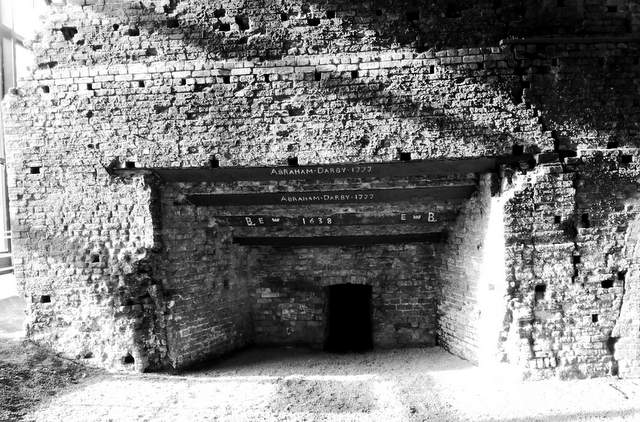 The furnace was enlarged in 1777 in preparation for the production of iron for the bridge.

Once cast, how then to transport them? Weighing six tonnes and over 21m long their removal from place of manufacture to build position must have tested every known transport system. Iron tracks along which horses hauled flat bed trucks would have had to have been constructed and laid in position. Even though they came down the river by boat, the workforce had to get them loaded onto the barge first.  Each part of the move a technical challenge in its own right. Once on site the ribs then had to be lifted into position. Wooden scaffolds and craning devices probably took as much engineering as the bridge itself and many people have experimented with designs to show how this was done, there being little actually left in terms of drawings as to exactly how the bridge was built.

The stone abutments were constructed either after or alongside the erection of the ribs, the two half ribs making up the total span of 30.63m. It is interesting to see the bridge being constructed with joints that the carpenter Pritchard would have used in his workshop. He designed the bridge so that it could flex, necessary to cope with the geological movement of the gorge itself. 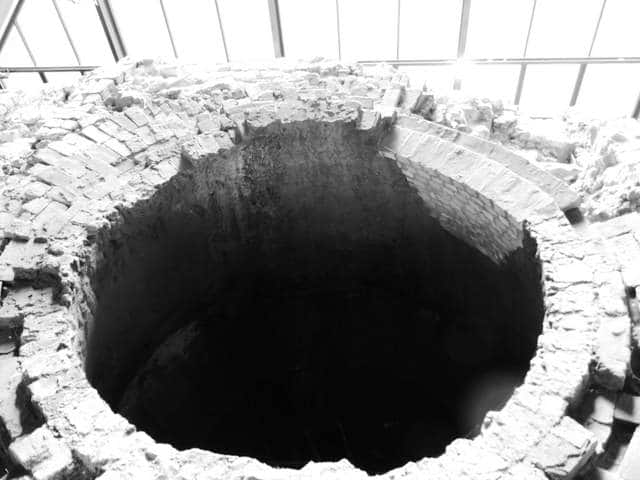 The mouth of the blast furnace and the ramp up to it were enlarged.

The bridge opened on New Years day in 1781 and the toll house built for purpose began to take its toll. The toll for Darby was however more considerable as the bridge and its operations was a financial noose around Darby’s neck and he needed the toll payments to offset some of the costs of the build. It was however considered a piece of artwork, a masterpiece in the engineering world and there is no doubt the bridge was an outstanding success, even if it did not pay the bills. The impact on the neighbourhood was significant  with rapid development on the northern end of the bridge. Tourism led to the development of a hotel and the whole generated a boom-town for a while. The other side of the bridge remained more industrialised. So was it a success? Undoubtedly, although it might not always have felt like it. From the context of the modern day it was without doubt one of the wonders of the industrial world and focused attention on Britain as the master iron producing manufacturer of the world. 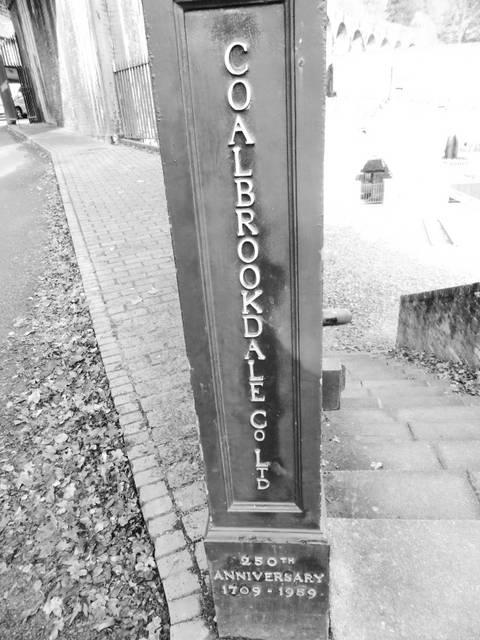 It laid the foundations for other iron built structures and the lessons learned by those involved would be put to good use in the coming century. The river continued to ply its trade until the arrival of the railway less than a hundred years later. The town fell into a poor state of repair and the bridge itself began to suffer. In 1926 it was considered to be so unstable that it would need to be demolished. Thank goodness it wasn’t and in 1934 it was listed as an Ancient Monument and its future was secured. It is now closely monitored but things are still coming to light. In 1999 during restoration work, numbers were spotted on some of the joints, again a joiners ploy for getting the correct parts brought together, which might yet shed further light as to how the bridge was erected. 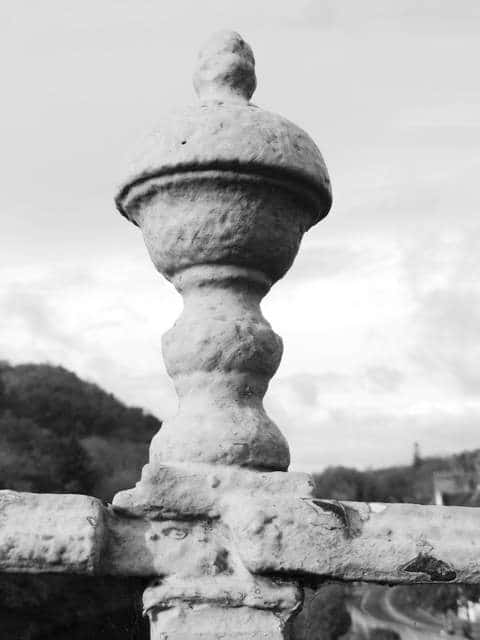