What is the Vinegar Bible and how did it get its name?

The Vinegar Bible is a version of the King James Bible printed in 1717 by John Baskett who had attained the title of “printer to the King’s most excellent majesty” in 1709.

John Baskett was to become a powerful character in the world of printing. Born in 1645 in Salisbury, he was the son of a gentleman, Roger Baskett. On 4 December 1682 he was apprenticed to the London stationer Edward Dorrell and after being released from his indentures in 1690 he began to secure his own business.

Printing the Bible was an important and lucrative business of many printing houses including both the Cambridge and the Oxford University Press. In 1711, John Baskett, who was by then the King’s printer, joined the Oxford University Press just at a time when the press was moved from the basement of the Sheldonian Theatre to the newly built Clarendon building next door. By this point in his career, Baskett had gained a reputation for unscrupulously buying up competing Bible printing businesses and absorbing them into his own. The result was a printing business whose finances were precarious and whose legal position was constantly being challenged as Baskett sought to achieve a monopoly. 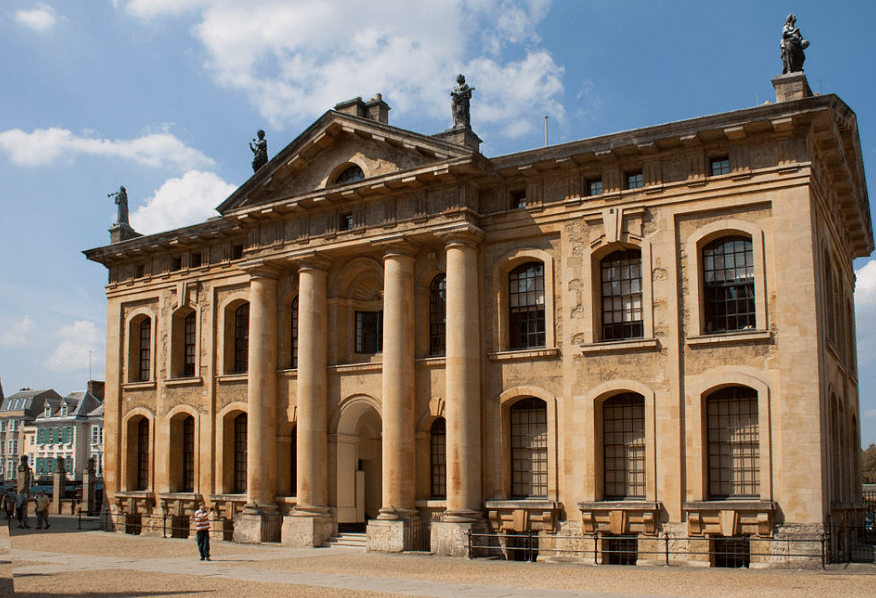 Basketts monopolistic practices were criticised and condemned, the legal challenges he faced from those he sought to control meant that he was often stretched financially, struggling to pay his rent and mortgaging the Bible presses to the hilt. Despite all this, Baskett was however successful in many aspects of his printing work. Using the presses in Oxford and London he was able to achieve economies of scale, storing large amounts of printed paper in his London warehouses. He also used local labour, again reducing costs.

He and his supporters wanted to improve both the quality and the appearance of the Bibles being printed. The idea was to produce a folio edition of the King James Bible that would reflect the decisions made by the original translators that had somehow become lost in the intervening years. This Bible would be a presentation piece piece for use in churches and the homes of the aristocracy. Some of the obsolete language would be added into a glossary. It was meant to be a very special print run. To this end Baskett had new decorative initials made as well as new engraved plates. 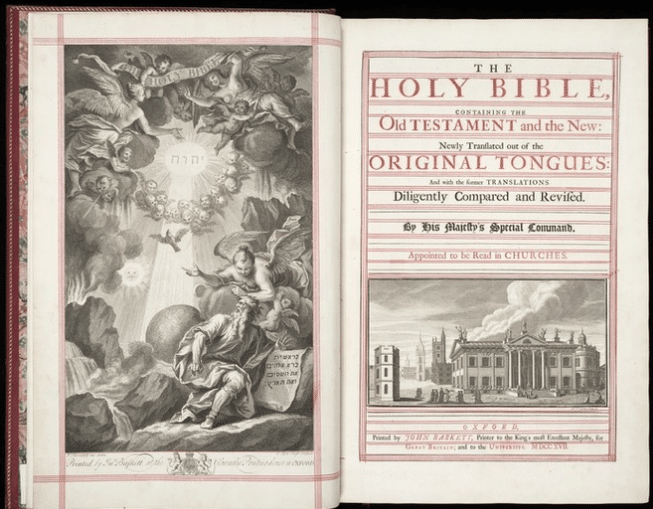 An experienced proof reader, William Denison was employed to ensure the text was as accurate as possible and additional correctors were also drawn into the process. It was noted;

‘Baskett spares no cost nor pains’

Prophetic words indeed for when the bible was eventually published in 1717 it was criticised by the clergy for its omissions and misspellings. It was saved from becoming a complete point of ridicule because in many instances it was intended to be shown rather than read, it would be displayed prominently and would reflect the owners wealth. It was richly bound in crimson leather with gilt edging and the new initial beautifully coloured. The large Bible was designed to sit splendidly upon the lectern in a church and of course in this situation it was expected to be read from, alas the errors it contained made this problematic.

So why the nickname, the Vinegar Bible?

The Error in Baskett’s Bible

When reviewed it was commented that the Bible was a;

The quote remains in our language to this day to describe something being full of errors and faults, not fit for purpose;

What happened next to Baskett and his Bibles?

A great deal of hostility was projected towards John Baskett as he continued to defend and extend his monopoly. He challenged the Edinburgh and the Dublin printers, whose anger was immense at being turned over by what they considered to be a greatly inferior quality and more costly printed Bible.

By the 1718 the Oxford press was mortgaged to the hilt, nevertheless, Baskett was still holding many of the cards because of his monopolistic aspirations he was the Bible printer in England and still the King’s printer.

He vigorously defended his right to print. In a court case in Scotland, he contended that as the King’s printer he had, under the Act of Union, a right to print and sell the Bible anywhere in the United Kingdom. It was found in favour of Baskett.

In 1731 the presses of the University of Cambridge leased the printing of Bibles and prayer books to W. Fenner who was introducing stereotype printing invented by William Ged. Baskett was desperate to stop this introduction and thus began a string of problems for Baskett, including bankruptcy and the burning down of his premises in 1738. He died in 1742. His sons Thomas and Robert took over the presses and so the Baskett dynasty continued in Oxford and London for several decades.

Where can you find a vinegar Bible today?

These valuable bibles have managed to find their way around the globe, attached to small parishes and large diocese alike. For example in the UK there are vinegar bibles in the small parishes of Foxearth in Suffolk, Avington in Hampshire and Clyst in Devon, all safely under lock and key. Gifts of the Bible to various countries have ensured they are present in the worlds major libraries where it is regarded as one of the UK’s finest Bibles. 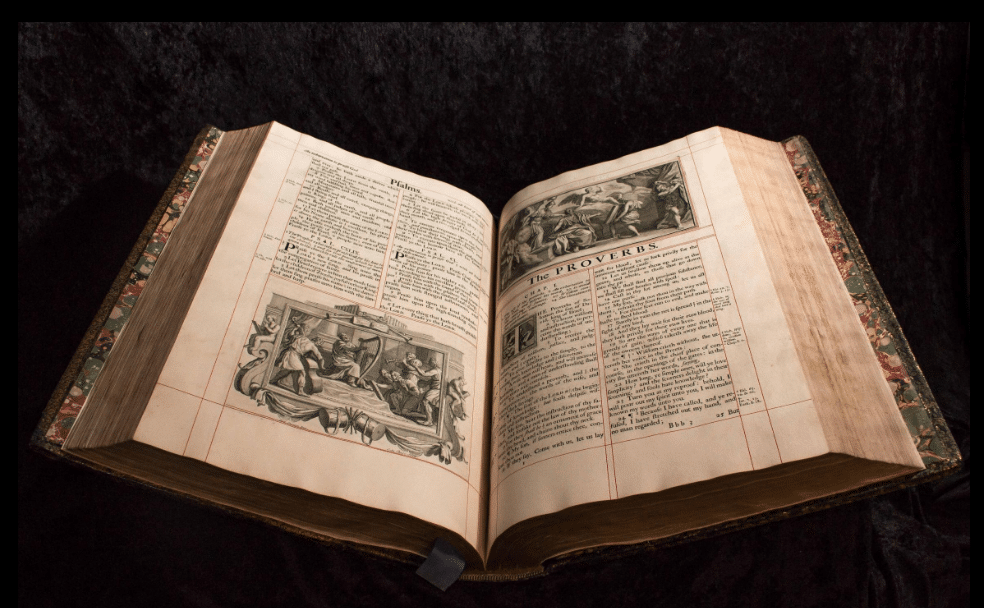