Emigration from the UK was centred on the main ports of Liverpool and London but for migrants from the south west of England, that would have been a long journey, certainly before the railways. Ports on the north and south coast of Devon and Cornwall were therefore important ports of departure particularly for those early migrants.

Background to the emergence of migration ports in Devon and Cornwall. 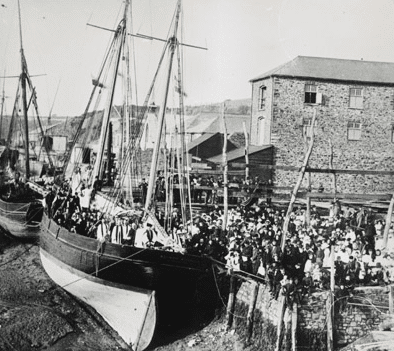 Migration Ports included:
Intriguing Connections
Useful resources and sources on Cornish and Devon migration can be found on the Intriguing Family History
and the following links are useful for a greater depth of information about Cornish and Devon Migrants