Is your surname in the list of first settler surnames Jamestown?

Many Americans have roots that stretch deep down under the Atlantic ocean and pop up in the UK. Read on to discover if your family name was included in the list of first settlers in Jamestown.

Much has been written about the intrepid first settlers and the difficulties they encountered when landing on the coast of America in 1607. In June 1606, King James I of England, granted a charter to a group of London Merchants who had formed an English joint stock company called the London Company also known as the Virginia Company of London.

Their purpose was to establish colonial settlements in North America and their objectives in that 1607 mission was clear, they were to establish a settlement, discover gold and a passage to the South Seas and find the lost colony of Roanoke. 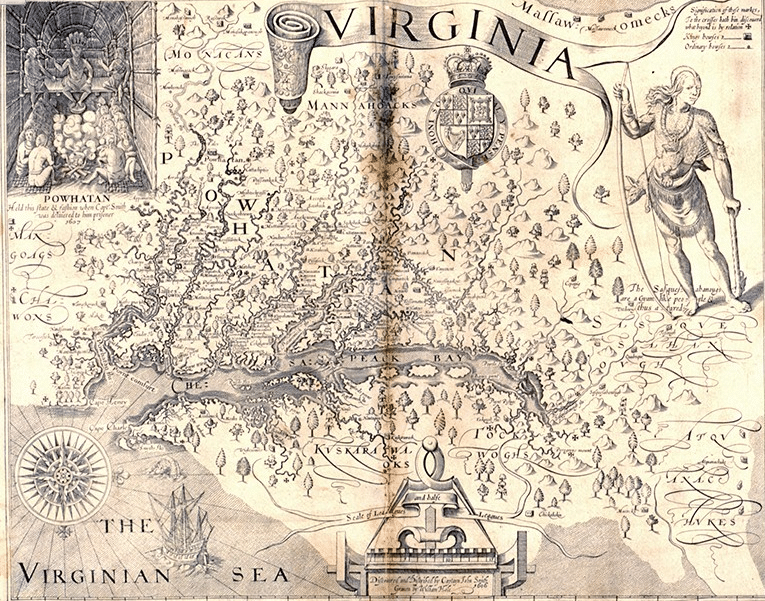 It would also be useful if they could stay fit, healthy and alive

No small undertaking for a group of people whose number was not much above one hundred.

They were not a group of people chosen at random, many came with specific skills suited to the purpose. About a third of them were skilled workers who would be needed both on the voyage and when they arrived. Carpenters such as William Laxon or blacksmiths such as James Reed. Who would cut your hair or amputate your leg if need be? Why that would be barber Thomas Couper. A priest was needed to say prayers for the dead and Robert Hunt stood up for this role. A labouring force would also be required. The rest of the settlers were made up of gentlemen, one wonders how the aptly named Captaine Archer fared? Find out more names in the list here.

The expedition finally set sail in three small ships, the Discovery, Susan Constant and Godspeed in December 1606, with around 140 colonists bound for Virginia. The ships left the Port of London but due to adverse weather conditions they were delayed. The River Thames often froze in the winter during this period.

Christopher Newport was the captain in charge of the three ships, he and John Smith clashed during the voyage and lucky for him, Smith only escaped being hanged for mutiny, when sealed orders were opened that named him one of the leaders of the new colony.

The search for a suitable site for the new colony ended on May 14th 1607, when the Virginia Company explorers landed on a small peninsular of land on the banks of a river some 45 miles from the Atlantic Ocean and entrance to the Chesapeake Bay. They named their new town Jamestown, in honour of King James I.

Of the first colonists who landed in April 1607, only thirty-eight survived the winter. They struggled on all fronts, shelter, food and disease.

They were not defeated though and more and more colonists crossed the seas. In the first fifteen years, 10,000 settlers left England but it is thought only 20% of these survived. They first months of the colony were chronicled by John Smith, Edward Wingfield and George Percy.

This list of surnames will help you start your journey of discovery to find out if your ancestors were among those to make this intrepid voyage on an altogether different Discovery.

Find out what happened to the three ships that carried the first settlers by clicking on the Historic Park website which has a host of fascinating detail. 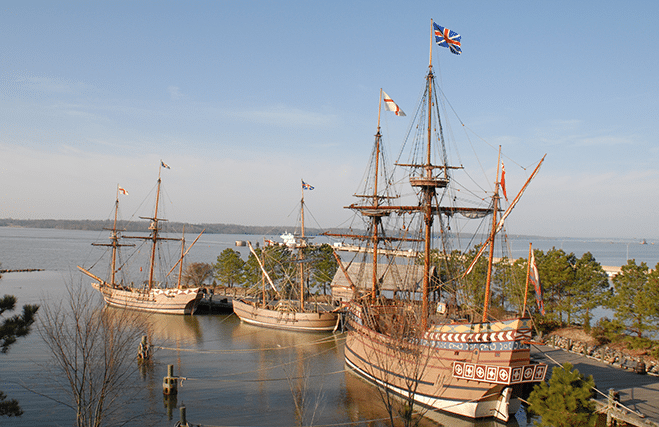 These small craft (replicas) brought the early settlers to Jamestown