The poor children of Britain were treated as an underclass of Victorian society and given little consideration by the majority.

The emergence of social reformers in the mid 19th century and their work in children’s education and welfare shone a light on the appalling conditions in which many children lived and worked. Literature in the form of novels such as those of Charles Dickens told of an underworld in which the brunt of ill treatment seemed to be reserved for children and women. 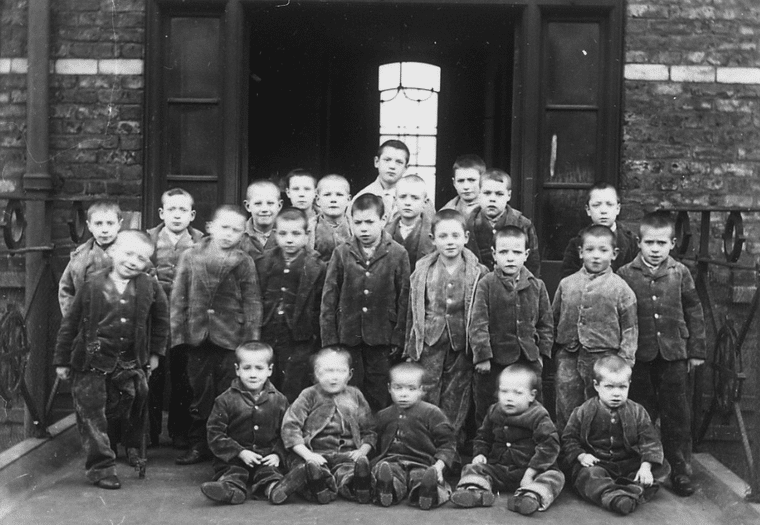 The Liberal social reformers changed this though and as the C19th progressed, children were, more and more considered as singular entities.

As social reformers turned their attention to the problems of poverty in the country, so they came to realise that children were largely ineffectual in terms of changing their conditions and circumstances. They had no power over their own lives and so it became obvious that the state would have to step in and protect them.
Reformers such as Charles Booth and Sebohm Rowntree for example attempted to quantify poverty and it was this work that inadvertently led to the Children’s Act of 1908, sometimes known as the Children’s Charter.
It was meant to attempt to apply a unified system of law to cover many of the previous Education Acts as they applied to schools including both Reform and Industrial schools. See a Timetable of Acts. 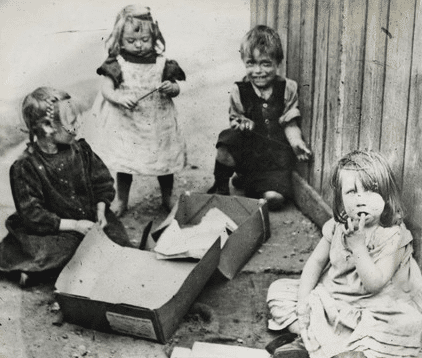 The main thrusts of the 1908 Children’s Act were;

The 1908 Children’s Act was a large document but here is an overview of some of the ares covered.

Protection of infant life – this was about child minding. Anyone looking after a child under the age of 7 and receiving payment for it were now subject to the act. They had to inform the local authority, within 48 hours that they were minding a child. Inspectors could visit the house and determine how many children could be cared for and they had the authority to remove a child to a place of safety. To prevent the child from being murdered, through neglect or otherwise, no childminder could take out insurance on a child in their care and had to inform the coroner if a child did die in their care.

Cruelty to children –  The 1889 Prevention of Cruelty to Children Act covered a lot of this part of the act but the neglect of parents towards their children was covered in more detail, examples are, the death of children from suffocation if placed to sleep in a parents bad when that parent was drunk and leaving children under 7 years old in a room with an unguarded fire. The idea of neglect causing suffering, so if a child was not fed or clothed properly or had been refused medical attention.

Smoking and children – It was made an offense to sell cigarettes or any smoking paraphernalia to a child under 16 years. Police could also seize cigarettes from anyone under 16.

The 1908 Children’s Act also dealt with how child offenders would be punished. The good news is that children would no longer be executed for capital crimes nor would they be placed in adult prisons, however they could still be whipped. They would be cared for in juvenile detention centres. Parents were also expected to pay fines imposed and were made more responsible for their child’s behaviour.

Much else is covered in the act, including such things as protecting children giving evidence in court, from being used by criminals to offload stolen goods, preventing them from being in public houses, from being denied education, from being neglected by a vagrant lifestyle.

Read Hansard for details on the progress of the act through Parliament.

These Liberal reforms came late in the day. Children had suffered, being forgotten citizens for hundreds of years with little or any protection. The new act meant children became protected persons. Parents who ill-treated or neglected their children could now be prosecuted. The act was an important step, maybe not so much in it’s detail but in accepting that the state and the parents had to assume responsibility for the child, a lesson we are still learning today. It was a step in recognizing childhood as distinct from adulthood and therefore in establishing the rights of the child.