Love is a tender thing isn’t it and what a woman behind the man, the merest hint of a deep relationship, honesty love and understanding of a larger than life man; complex, intelligent and difficult and what an intriguing couple Clementine and Winston Churchill must have been.  A small and most modest tribute unashamedly celebrating a great life, worts and all. The start of a series over the coming months. 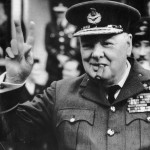 “My Darling, I hope you will forgive me if I tell you something...I must confess that I have noticed a deterioration in your manner; & you are not so kind as you used to be…therefore with your terrific power you must combine urbanity, kindness and if possible Olympic calm….I cannot bear that those who serve the Country and yourself should not love as well as admire and respect you __Beside you won’t get the best results by irascibility & rudeness…”
Clementine Churchill letter to Winston 27 June 1940, 10 Downing Street.

See a link to the website of a treasure trove of a book called “Letters of Note”,Correspondence Deserving of a Wider Audience. My much loved godson, Peter Banham, gifted this book to me, he is currently doing his masters at Kings College London. Peter’s blog is conveniently just here A Little View of the World, if you would like to take a look. Thank you Peter for another source of inspiration.

The bitterness of revisionism seems to always miss the point to me of what we can most learn from history, a deeper insight into what makes mankind tick, worts and all that we might learn a little more ourselves about the world and our small part to play and relationship to it. In the vain hope that as a society we might learn from our past and use it to better inform our decisions today and for the future. If our starting point is that few of us are perfect and those few individuals who make a cross generational impact on the world or a nation are pretty stretched by what they pack into their lifetime then surely some human frailty and failings are not really a surprise. Look at the expansiveness of Winston’s life and what he packed in and his service across multiple theatres and wars both as a member of the military and as a politician and its difficult to find many others that have seen and witnessed so much never mind actually been a leading player in events.

So our starting point is not to re-write Churchill’s biography there are plenty of learned and opposing sources for that but to take a look at several stands of a great life, the good, the bad and the ugly, celebrating the combination of them all and a few key events that mark some aspects of what he achieved. Researching these is thrilling in itself and currently our focus in this series is around these areas: 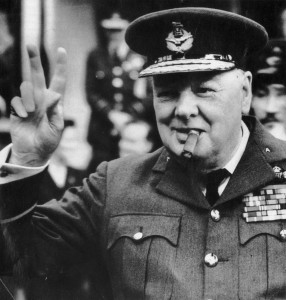 To celebrate a life so huge in scope and significance, is difficult, yes we need to balance the good and the bad, but don’t we all need to think about that in our own lives too? He is the one Prime Minister that almost anyone can name and one of handful to be honoured with a state funeral, controversial throughout his life and still engaging people 4 generations onwards since WW2. Maybe his life has become part of the myth and magic that merges with popular views of British History but if that lasts as long as it has with the heroic view of a King such as Henry V (and perhaps he will)  then it has got be worth some time to understand a little more of this legend of the 20th Century and maybe a little more about how we can better balance our views of Churchill himself and the others that were his contemporaries. How do they measure-up by comparison?

To encapsulate his life is just so difficult the grandson of a Duke, War Correspondent in the Sudan, Tory and Liberal politician, soldier and Battalion Commander, 1st Lord of the Admiralty, winner of the Nobel Prize for Literature, Colonial Secretary, participant in the Cairo Conference, historian writing a 5 volume history of WW1 and more, Chancellor of the Exchequer with an inauspicious return to the Gold Standard, opponent of appeasement on moral grounds, fiercely proud defender of Britain, extraordinary orator, speech maker and piercing wit, both a successful (during WW2) and unsuccessful Prime Minister, a father, husband and grand-father who struggled with his black dog days most of his life. With his extraordinary energy he makes most of our lives seem somewhat mundane. It must have been very hard o be his son or daughter, there was a lot to live up to and through, at times accounts of his personal struggles read like the symptoms of an intelligent if not genius of a man struggling with peaks and deep roughs of bipolarity. He certainly lived life to the full.

I remember how my grand-parents respected him and yes maybe idolised him, how my parents living through the war thought much the same and how we grew-up as children of the sixties still admiring him. This week I have heard so many people sharing their thoughts on this national hero and most intriguing man whatever background and generation we come from, it seems we all have something to say and feel about Winston Churchill.

I was just 4 years old when Winston died and his state funeral took place bu there is still this sense of knowing him, which is madness really. There was a Winston Churchill Commemorative crown minted and my Mother gave us each one. She also kept for many years two small Wedgwood plaques, one of Winston and one for Louis Lord Mountbatten and you know what of all the things we have let go, we still have those. Maybe its something about being British but the failings seem to be as much part of Winston’s success and what our nation generally loves about this man. 50 years since his State Funeral, the last commoner to have such an honour before Winston was Arthur Duke of Wellington but we don’t all think of him by his first name do we? In passing this week a young friend in his early twenties said ” I’ve got a thing about Winston Churchill” and I though how brilliant is that, how absolutely amazing, how British, and how great and so do I. I don’t begin to understand it all but I certainly want to find out some more and wish I had done so before.

Let Winston have the last word on his engagement to Clementine Hozier (Churchill), happy times

Writing to his Mother-in-law to be:

“Clementine will be my ambassador today. I have asked her to marry me & we both ask you to give your consent & your blessing. You have known my family for so many years that there is no need to say very much in this letter. I am not rich nor powerfully established, but your daughter loves me & with that love I feel strong enough to assume this great & sacred responsibility; & I think I can make her happy & give her a station & career worthy of her beauty and her virtues.”Winston Churchill to Lady Blanche Hozier