Was Winston ‘rash and ridiculous’ or a Home Secretary that was ready to be there with his men in the frontline? We found this old photograph of Winston and had to take a further look, always the chance it is a first. But alas whilst it isn’t, the more you read and learn about Winston the more time and again there are examples of him being thrilled by action and engagement. Its almost distasteful to us today to consider the prospect of enjoying conflict and danger but its part and parcel of the man and he seems to live his life on the edge in a way that most of us could not cope with. It’s exhausting just trying to follow his exploits by reading alone. Churchill’s colleagues were not impressed and Arthur Balfour was quoted as saying as leader of the Tory Opposition (Winston was in the Liberal Government at this point) 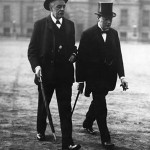 “I understand what the photographer was doing, but what was the right honourable gentleman doing?” 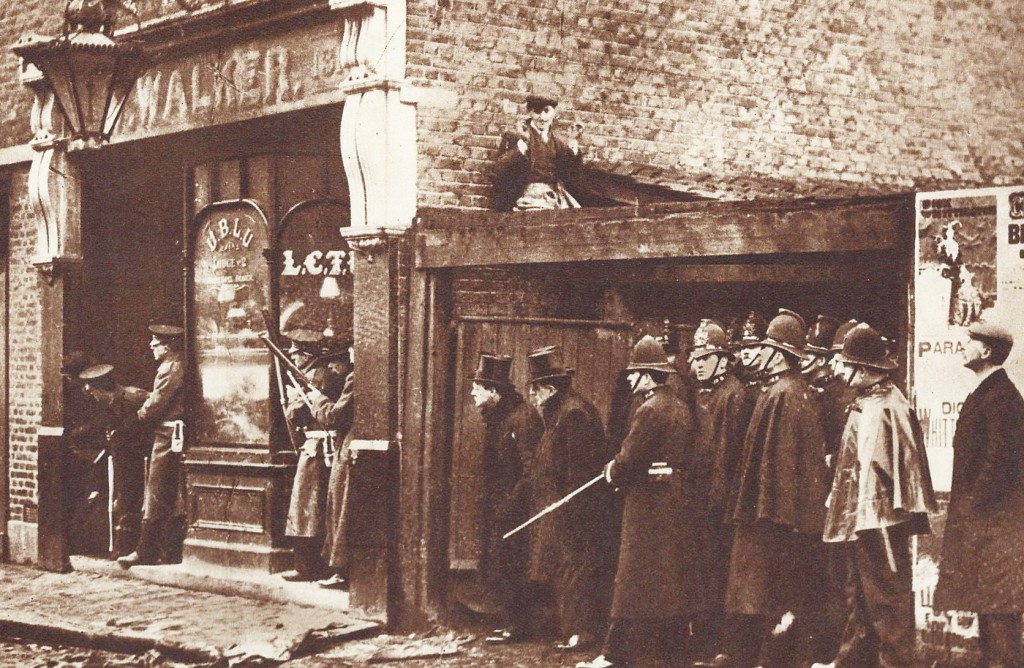 Manchester Guardian Reporter up on the Roof as winston calls in the Artillery.

Sidney Street Siege who is the Man on the Roof?

When you see the photograph for the first time you might not be drawn to the man on the roof but it doesn’t tkae long and you want to know who was mad enough to be up there? In 2014 the Guardian must have found the same picture although their copy is a little more enhanced than ours which was in sepia not black and white. But I think the scoop on who he was is better left to the professional reports here.

But was this another case for criticising Winston as the over zealous enthusiast, a thrill seeker, certainly seems a little over the top to bring Artillery into play for a couple of Anarchists? But if you read the Guardian report its believed the one who got away was involved in the Soviet bureaucracy until 1938 when he ‘Peter the Painter fell out of favour. Its certainly an intriguing moment showing Winston at the ready?

Three Policemen were murdered by the Sidney Street Gang and a further two were injured and left disabled for life. In 1911 the memorial to their bravery and sacrifice in the line of duty was honoured as recorded in the newspaper article (Daily Mail.)