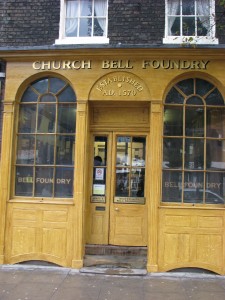 The Whitechapel Bell Foundry was established in 1570 during the reign of Queen Elizabeth I.