On the 5th February 1811, Parliament asks George Augustus Frederick, Prince of Wales, to act as Prince Regent in place of his father, King George III. 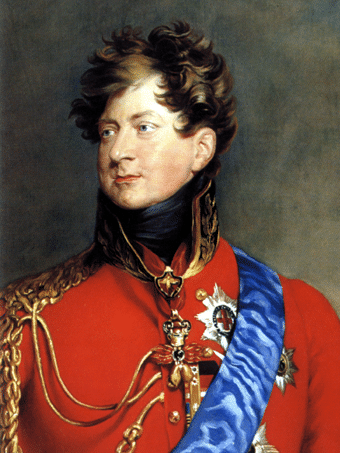 In 1810 King George III was overcome by mental illness and it became obvious that he could no longer maintain his position as monarch.

Parliament agreed to follow the precedent of 1788, so without the King’s consent, the Lord Chancellor affixed the Great Seal of the Realm to letters patent naming Lords Commissioners. These Lords Commissioners, were then able, in the name of the king grant Royal Assent to a bill which became the ‘Care of King During his Illness’.

Parliament restricted some of the powers of the Prince Regent, the constraints expired one year after the passage of the Act. There was no Council of Regency with this act, presumably because the Prince Regent was heir to the throne and of age.

Whilst King George III suffered from a mental illness, his son who would become Prince Regent under the Regency Act was himself an extravagant and impulsive character, whose excessive behaviour caused concern throughout the kingdom.

The Regency Era was one of grand and exaggerated taste. The Brighton Pavilion in Brighton Sussex, stands testament to the taste of the Prince Regent. He had a poor relationship with his wife and it is thought that he secretly married one of his mistresses, Mrs Fitzherbert. He then tried to secure (unsuccessfully) a divorce from his wife Caroline.