Westminster Hall is  the oldest existing part of the Palace of Westminster, erected in 1097  and at the time the largest hall in England, and probably in Europe. It  Measures 73 by 20 metres and a floor area covering 1,547 square metres

So why was the hall built?

The Hall was built in 1097 under King William II , the son of William the Conqueror, and was completed two years later. He undertook the project to impress his new subjects with his power and the majesty of his authority.

It was meant to dominate all those who saw or sat in it. Other smaller halls were also erected to deal with the day to day functions of the Royal household but the hall itself spoke majesty. 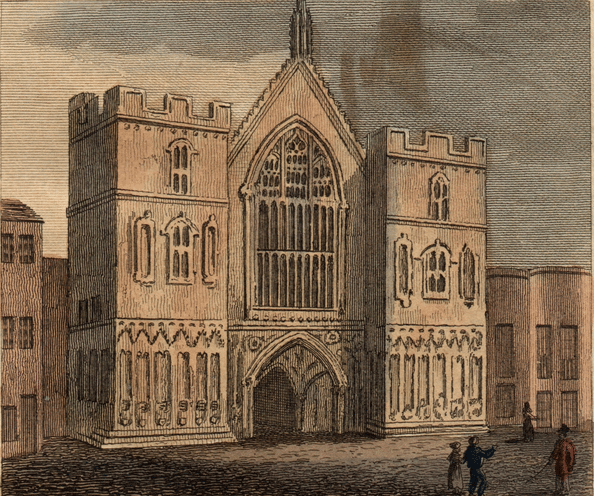 The most impressive feature of Westminster Hall is it’s roof structure.

The structure of the original roof is not fully understood. It had been thought that the roof was probably originally supported by pillars, giving three aisles. This was thought to be the case because it was not thought to be until the 13th or 14th century that carpenters would be able to create roofs significantly wider than the length of the available timber, and so it was assumed that a single or double row of columns was needed to support the Hall’s roof. However, recent archaeological explorations found no evidence of these pillars, and so it is now thought that the roof may have been self-supporting from the beginning.

King Richard II commissioned the new roof in 1393,  a hammer-beam roof by the royal carpenter Hugh Herland. Richard’s architect Henry Yevele left the original dimensions, refacing the walls, with fifteen life-size statues of kings placed in niches. The rebuilding had been begun by King Henry III in 1245, but for some reason had been left unfinished until Richard began work again. 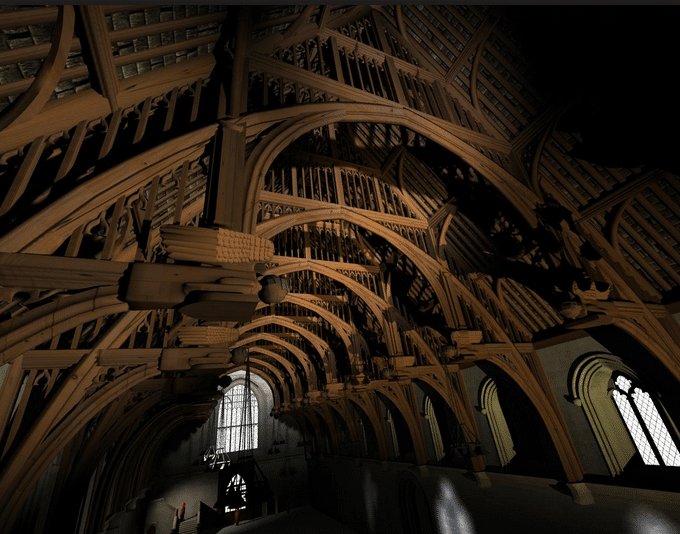 Westminster Hall has the largest clearspan medieval roof in England, measuring 20.7 by 73.2 metres. The oak timbers for the roof came from royal woods in Hampshire and from parks in Hertfordshire and Surrey, they were assembled near Farnham, Surrey.

Accounts record the large number of wagons and barges which delivered the jointed timbers to Westminster for assembly.

Westminster Hall is the oldest building in Parliament and almost the only part of the ancient Palace of Westminster which survives in almost its original form.