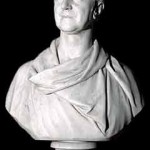 Peace Treaty that lead Britain into a protracted and disabling war that would overshadow Britain at the close of the 18th and start of the 19th Centuries.

The cost of war is huge as history vividly illustrates, most importantly human cost of life and personal tragedy, but also the social and economic consequences far too often do not favour the victor. Here we can see the impact of a poorly  contrived treaty where Britain conceded much for very little gain. The consequences and costs would be huge and arguably the British only had themselves to blame.

Poorly led by Henry Addington (speaker of House of Commons 1789-1801, Prime Minister 1801-1804) as we would see again when world war later loomed a genuine commitment to peace abroad and retrenchment at home, was not successful. The endeavour to maintain peace was partly on economic grounds, enabling the need for taxation to be reduced and thus stimulate the economy and wealth-creating ability in the home and export markets.

But the treaty did not succeed it was little more than a temporary truce and worked to the advantage of the french almost as a contrivance.  Henry Addington’s leadership was further tainted by his involvement as Secretary for State for Home Affairs (1812–22) including his inability to respond to the distress that underpinned the Luddite activities, the emergence of popular radicalism, the dire events of the Peterloo Massacre and his introduction of the repressive SIX ACTS 1819 in response to these matters. To balance this position if the Treaty of Amiens had been better handled and the Napoleonic War avoided or at least it’s huge human,social and economic cost better mitigated then these subsequent events of the Peterloo and Luddite episodes might have been avoided altogether, but sadly for Addington and Britain that was not the case.

The full text is linked below but in summary Britain agreed to return all maritime conquests except Trinidad and Ceylon. France agreed to evacuate Southern Italy, Malta, and Egypt. The net result was Britain was was left with no base but Gibraltar to support it’s Mediterranean power and the treaty did not safeguard or guarantee any boundaries of other existing european states. There was no renouncement by France of expansionist intentions in particular with regard to the Eastern Mediterranean and America.

The die was cast, the British positioned was weakened, the French had given next to nothing but what would actually light the fuse of outright war…

Subscribe to our site and track the consequences of the breakdown of this treaty.

Resource for Treaty of Amiens