The Mystery of John Trehearne

A stroll around Southwark Cathedral is a perfect way to escape the bustle of Borough Market.

Grand monuments in churches are fascinating, they instantly require our attention but most times we pass on by, content to limit our knowledge to the inscription. But there is a little mystery attached to the monument to John Treherne, in Southwark Cathedral.

Many of the tombs of Southwark Cathedral (formerly St Saviour’s) are eye catching and we’ve already explored the tomb of the writer and poet John Gower, a friend of Chaucers and about whom we know quite a bit but what of the monument to John Trehearne? (Surname spellings include Treherne and Trehern).

Firstly the image of him is quite striking. He is described thus;

He and his wife are holding a tablet on which is written a very fulsome epitaph. Had Kings a power to lend their Svbject’s breath,
Trehearne thov shovld’st not be cast down by Death,
Thy Royal Master still wovld keep thee then.
Bvt length of days are beyond the reach of men,
Nor wealth, nor strength, or great men’s love can ease
The wound Death’s arrows make, for thov hast these.
In thy King’s Covrt good place to thee is given,
Whence thov shalt go Ye King’s Covrt in Heaven. 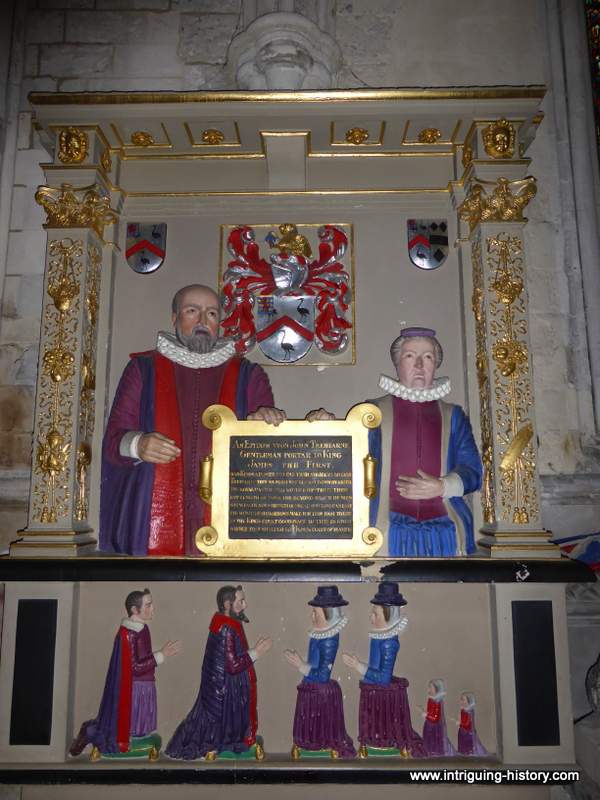 So Trehearne was obviously a much respected servant of King James I, whose loss was keenly felt. The role of Gentleman Porter to the King was one of great responsibility and honour. It meant that John Trehearne kept the ‘keys of the castle’ and was responsible for opening and closing the gates and for the safe passage of all those that passed through. There were Gentlemen Porters at the Tower of London but where John Trehearne served the King, we do not know. The pair are splendidly supported by their children below. Included in the arms of Mary  are those of the Parry family, so was she Margaret Parry?

In the ‘Annals of St Mary Overy’ written in 1833 by William Taylor, it tells us that under this monument was formerly a gravestone inscribed thus;

There are a few things to note here, firstly, just one of those ‘intriguing things’, they all died on the 22nd of the month. Worthy of a mention. The next is a mystery probably solved by assuming a bit of lost in translation. The London Metropolitan Archive has a transcription of the will of John Trehearne and here we learn a little more about him. He wanted to be buried in St Saviour church near where his wife and his son John Treherne are buried. But they died in 1645 and he in 1618? Was he gifted to see into the future or does the original will read differently? The will can be downloaded from the National Archive but if you click here, you will see a transcription in full. In it, John states;

I will to be buried in the parish church of the parish of St. Saviour aforesaid as near as conveniently may be to the place where my wife and my son John Trehern do lie buried.

Could they have died 1615 not 1645? A common mistake made when the grave marker is worn. 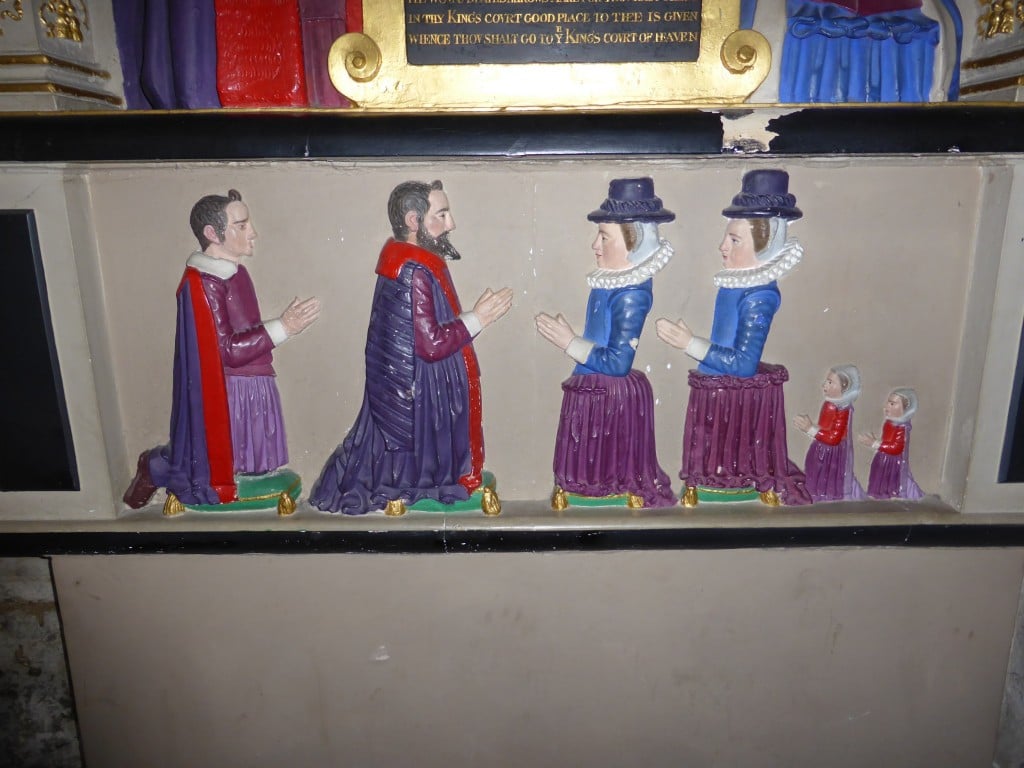 What’s in the will?

It tells us he was; 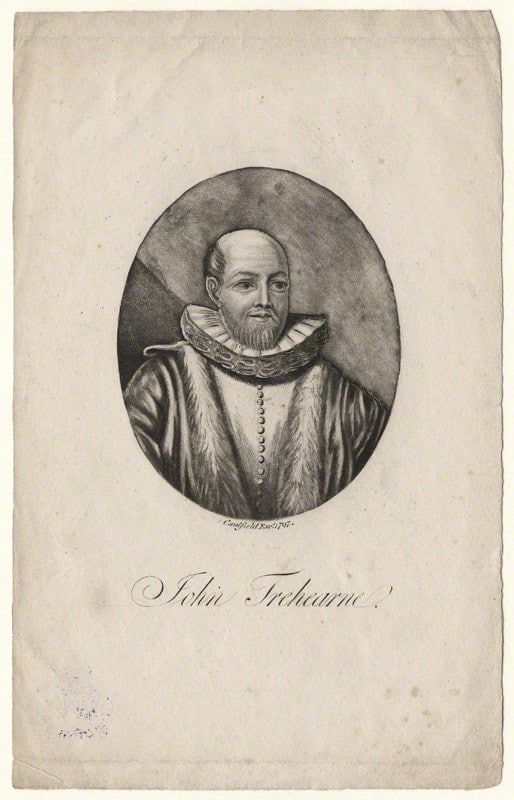 The will suggests a man of generous character who thought about those around him. This will and the epitaph taken together, paints a picture of a man who probably undertook his royal duties with good grace and charm. His son John was also taken into the Royal household. There is a hint of dependability about him. That he served two monarchs and managed to bridge the gap between the Tudors passing and the arrival of the Stuarts is interesting in itself. Other documents in the National Archives tells us he would have known William Shakespeare and in Southwark Cathedral, the Shakespeare memorial is across the nave from John Treherne.