1950’s Cuba holds a romantic appeal to those who presumably never knew it.

Today, 14th August 2015, the United States re-opens its embassy in Cuba. For modern day Cubans, many of whom thought this day would never come, it heralds in, a change in society. For years, Americans were not able to travel to Cuba, which lies just 90 miles off its coast. A trade embargo was in place and as a result, Cuba has seemed frozen in a 1950’s time warp, stuck in a pre-revolutionary era. Hotels such as the famous Hotel Nacional, would feel familiar to the 1950’s traveller, its walls adorned with images of 1950’s famous and infamous guests.

But it’s in the streets of Cuba that the deception is greatest.

With a ban on the import of new cars, vehicles from an era now only ever seen in car museums, outside of Cuba, roll around the streets, lugubrious and colourful. 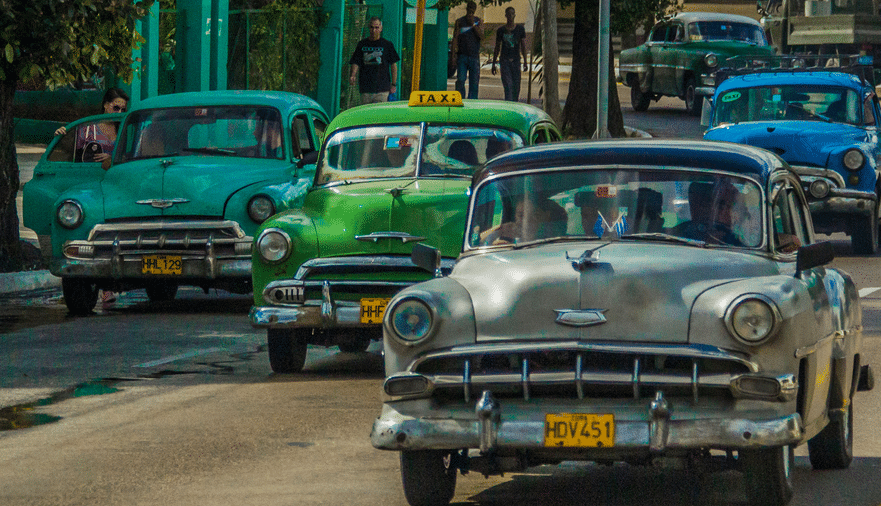 The Hemingway story has added to the romance of Cuba

The writer Ernest Hemingway, fell in love with Cuba during the 1930’s and lived in the country for twenty years from 1940 – 1960. He became totally absorbed by the Cuban way of life and when the relationship between the United States and Cuba deteriorated, stayed longer than any other American and the Cubans took him to their heart. When in 1960 Philip Bonsall, the United States ambassador to Cuba, visited Hemingway at home to urge him to return to the US, Hemingway was emphatic that he would stay.

When Hemingway did eventually leave, he never returned, his suicide in 1961 though, did not release him from his chains to Cuba. The Cuban people loved him and fiercely adopted his memory on their island.

What drew people to pre-revolutionary Cuba?

It was a place full of sensual delights. Sweetened by the sugar on which the economy ran, its tropical attractions drew gangsters, jet setters and those with nothing in their pockets, like bees to honey. It was a play ground for those that liked to live life a little on the edge. The nightlife of gambling, drinking and Cuban Havana cigars, all contributed to a lush and alternative lifestyle. 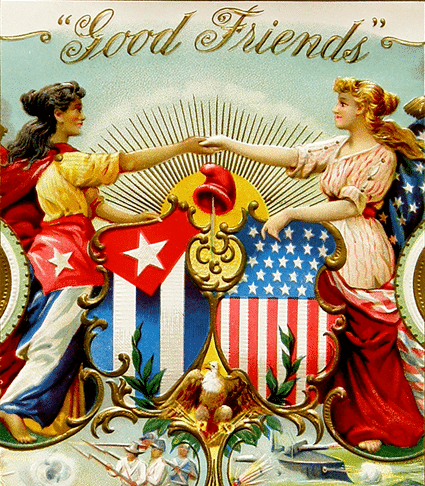 As flights became cheaper, so the masses flocked to Cuba. Organized crime flourished, as did corruption. The economy began to de-rail. The sugar industry, once the main stay of the economy, faltered and the poverty in Cuba, hidden by the mask of opulent tourism began to surface. Cuba’s independence was gradually seeping away, it had become too reliant upon American money and had left itself wide open to a US take over. US dollars paid for industry, financial services and the all important tourist industry. American imports abounded and many Cubans considered themselves part of the American dream.

The revolution began in 1952, when former army Sergeant Fulgencio Batista seized power. An election was taking place and when Batista, who had been president from 1940 – 44 realised he would not win, he seized power. The people of Cuba were outraged and Fidel Castro’s star was born. In 1953, Castro made his move but it was to take five years before Castro managed to topple Batista. It slowly dawned on America that this revolutionary was a dedicated communist. His assumed position divided the island and as the Americans refused to recognize Castro or have anything to do with his government, the drawbridge between the two countries was pulled up. The Cuban missile crisis brought the world to the brink of disaster. 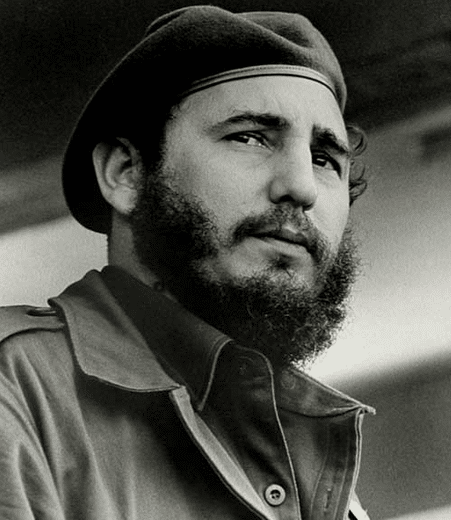 History will decide whether or not Cuba was a success story or not. The pre-revolutionary Cuba was a million light years away from the days of Fidel Castro but what now? Will US intervention, however well intentioned, be able to control itself or will the story become a complete circle? Cuba is on the point of massive change but it needs to take care to preserve some of its past as it steps into the bright sunshine of the American dream.