Aug 6, 2015 / Comments Off on Hiroshima an English Perspective

Hiroshima an English perspective may seem an overly presumptuous title but having commemorated a series of great historic landmarks and commemorations from WW1 to D-Day Series, Agincourt,the Battle of Waterloo, Magna Carta and VE Day in the last year and with VJ fast approaching, the English perspective has been in my mind for some weeks. On our blog as opposed to as an historic article, it just feels it would be wrong not to mark these events, perhaps the grimmest of the final acts of World War II, when Germany had already surrendered.

The horrors of these two particular acts of war, Hiroshima and Nagasaki, perhaps are of greater significance given their connection not only with the past but with our hopes and fears for the future. The fear that the deterrent could fail and the consequences would be unspeakable.

But looking around the media and digital world much is being said and featured today, here are some of those that for me mark the significance of this important period in world history.

Why an English Perspective?

British and in my case English families were profoundly affected by the brutal treatment of their loved ones who suffered in the hands of the Japanese not only in conflict but as POW’s. Many were permanently scarred by that experience and many did not survive the experience.

Both experiences and outcomes were part of our family’s history and we know we were not alone. But through my parents and their relationship with our POW survivor, I heard first-hand what he had to say about his Japanese experience. He was of the mind-set and school, “I can forgive the Japs” his words to my Dad as I sat with them “they would have done it to their own it was cultural, the Germans, no excuses.”

His words have stuck with me ever since, for me that is my English perspective and I have heard it echoed by many veterans, that for the Japanese there was no acceptable concept of surrender and hence without almighty force would the Japanese have ever surrendered? We will never know.

Hindsight is it a wonderful thing?

It is inevitable that after these events and the passing of 70 years, with reflection on the historic decisions to bomb Japan with nuclear weapons that questions will be asked as to whether it was the right thing to do, were there other credible options? Whilst America made the decisions the Allies were also party to the process. Was this right or wrong, I am certainly not qualified or informed enough to know but here are some of the voices around the Net today. Something we will hopefully all ponder for at least a little while today.

This marvellous and beautiful tree, is an artefact in it’s own right. Given by it’s donor to the US as part of Bicentennial celebrations, it’s true significance was not known until its real family tree connections were rediscovered by the donor’s grandson’s who had heard of the story of the tree and connected it when visiting the US and seeing the great tree itself. 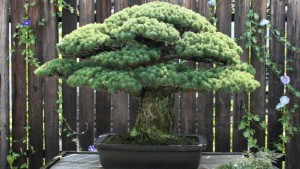 Yamaki Bonsai Tree given by Japan to USA to mark its 200th Anniversary with its true significance unknown until Yamaki’s grandsons rediscoered the tree in a museum in the USA. Hiroshima survival, a symbol of hope, resilience and reconciliation, marking this 70th commemoration.

390 Years old, it had survived Hiroshima and stands now as a testament to the spirit of human and national reconciliation. It is a remarkable story and on such a difficult day as Japan and the world reflects on the lesson’s we must all learn from the ugly events of World Wars and in particular Nuclear Weapons, it is a symbol that for me reflects the strength of the human spirit, to endure, overcome and reconcile.

The first report of this beautiful tree I found posted on the NY Times, but it is widely reported elsewhere including here on the Smithsonian Magazine, do take a look if you can and on the Independent here. A priceless gift from a Japanese Bonsai Master who made nothing of this amazing gift to the American people. A more hopeful note to mark this day on, certainly from our English perspective but hopefully from yours too.

In the full spirit of that reconciliation, this posts is dedicated to the memories of Eric Hobbs and John Denton DIPNALL, 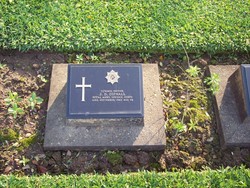 Father, Son Brother and Great Uncle John Denton Dipnall who died as a Japanese POW in WW2 during 1943.

and all who suffered and reconciled themselves with their former enemies everywhere.