The Great Seals of England

The Great Seals of England

Since the time of Edward the Confessor, the kings and queens of England have used impressions of their Great Seals to mark their assent to documents such as charters. Seals were used on documents in many parts of the world from ancient times. Very few exist in England from pre Norman times but it seems very possible that they were used.

We are used to signing important documents but important people in the Middle Ages didn’t sign, indeed some could not write. The seal was used as the only form of personal authentication in the Middle Ages. Documents would have been dictated and written by scribes and then seals attached to say that the person to whom the seal belongs authenticates this document. 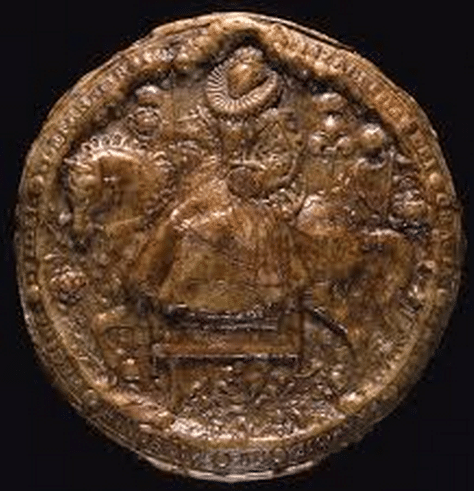 Great Seal of Queen Elizabeth I

So what is a seal?

A seal is an impression made by pressing a wood or metal matrix into warm wax. The pattern on the matrix is transferred to the wax. Seals come in various shapes and sizes, and there are a number of ways of attaching seals to documents, which we will look at later.

Sometimes the seal is the only way we have of dating a document. Many documents are not dated and the kings and queens of the past did not add a numeral after their name denoting whether they were Henry I, II, III, IV etc so the only way we have sometimes of knowing which period the document belongs to is to identify the seal. So seals are useful to us as historians. Seals do not always survive intact or at all on a document, some are partial.

What are the Great Seals of England?

The Great Seal is unique to each monarch who delivers it into the custody of the Lord High Chancellor, who, at once becomes responsible for the use of the Seal. As long as the Chancellor stays in office, the seal stays with him. There was once another person, who also had frequent custody of the seal and he was given the title Lord Keeper of the Great Seal. He had access to the seal but was only able to use it on less important documents and he put the seal away at the end of the day, sealing the seal with his own seal. 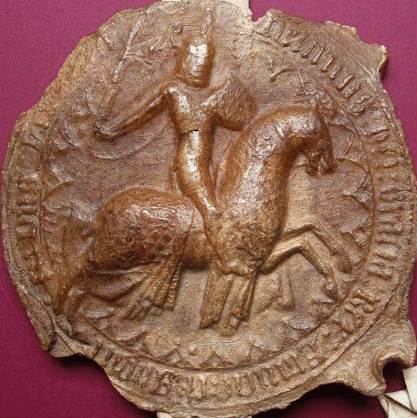 The Great Seal had huge significance in a time when the monarch ruled over all affairs of his kingdom. Guarding against its improper use therefore was of extreme importance. Important documents had to pass through the Lord Chancellor’s office to receive the Great Seal.

In the reign of King Henry VIII  an Act of Parliament required that all writings to be passed under the Great Seal but should be first approved of in the Offices of the Signet or Privy Seal.

Counterfeiting the Kings Great Seal was a crime and in the reign of King Edward III,  was declared to be high treason. In the time of the Commonwealth Parliament created for itself, its own seal and again any attempt to forge the seal was considered an act of high treason. 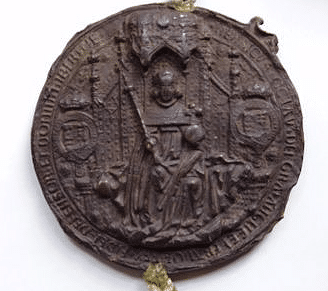 What happens to the seal when a monarch dies?

The Great Seal continues in use until a new seal can be fashioned. When the new seal arrives, it is laid out in front of the Privy Council for their approval. If they consider it fine, the monarch touches it and the seal becomes the new ‘Great seal’. The old seal is broken up so that it can no longer be used.

The seal was usually made of silver but what about the waxes?

If a seal was to remain legible then obviously the wax used in the seals of documents had to be top quality and amazingly those seals from Plantagenet kings are among the best. Too much rosin in the mix and the seal becomes brittle and shatters. The cords that hold the seal in place vary as to the importance of the document. The most important documents have cords made of silver thread, the next order are silk and common documents get woollen cords. The seals were then placed inside a pouch or box to preserve them. The actual seal is carried in a purse. These fantastically embroidered purses become as important as the seals themselves and are replaced each year.