Mrs Dorothy Stanley was one of those women whose life side stepped the conventions of her time.

Few people will have any real idea as to who Henry Morton Stanley was but add the immortal words “Dr Livingstone I presume?” and we immediately know the character if not much else.

Ask who has heard of Mrs Dorothy Stanley and even fewer will know of the character even after the above connection but Mrs Stanley was a Victorian Neoclassical painter who studied painting under Edward Poynter at the Slade School of Fine Art and with Jean-Jacques Henner in Paris. 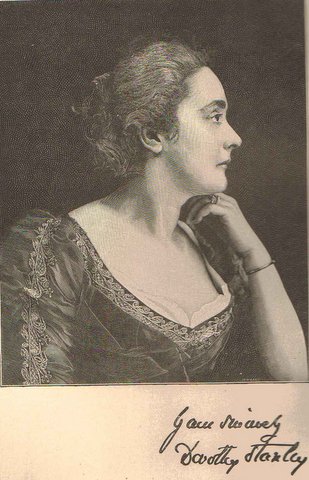 Henry Tate bought her work and was one of the few female artists to be displayed in the New Gallery at it’s inauguration. She was part of a new breed of woman who were embracing the new found freedom of higher university education.

She exhibited at the Royal Academy, the Grosvenor Gallery and the New Gallery in London, and at the Paris Salon but she also managed to engage with the public in a different way by drawing the ‘little ragamuffins’ she saw on the London streets.

In the preface of her book, ‘London Street Arabs’ she desires to portray not just the sad and destitute child but rather;

She sought to invoke the feel of the Spanish painter, Murrilo’s paintings of beggar boys and capture the image of the child his or herself and not the pitiful circumstances the child finds themselves in. 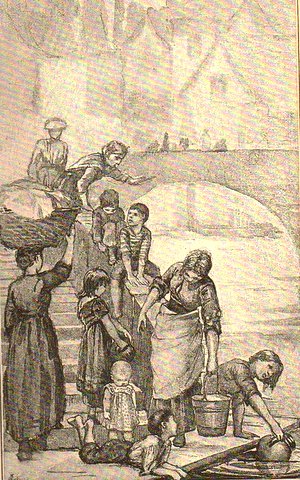 Her works were so captivating and charming that ‘Street Arabs at Play’ was acquired by a wealthy manufacturer. W.H. Lever, in order to advertise his company’s Sunlight Soap, an image many of us are aware of  without knowing the origin.

Dorothy Tennant, was born in 1855 and in 1890 married Henry Morton Stanley whose own life had been quite extraordinary and it was Dorothy who painted his portrait and edited his autobiography.

Henry Morton Stanley was an explorer and journalist whose reputation seems to flip depending on the biographers perspective but his character and charisma were immense and his wife’ equally strong.

What a fascinating, intriguing and talented couple. Henry became Sir  Henry Morton Stanley when he was made a Knight Grand Cross of the Order of the Bath in 1899, in recognition of his service to the British Empire in Africa.