King Offa is perhaps one of the earliest Kings that we remember by name thanks to the construction under his reign of the amazing structure that is ‘Offa’s Dyke’, winding it’s way between England and Wales.

So who was this man who came to power just over one hundred years after the Anglo Saxon occupiers had driven the Celts out of the country in 613? 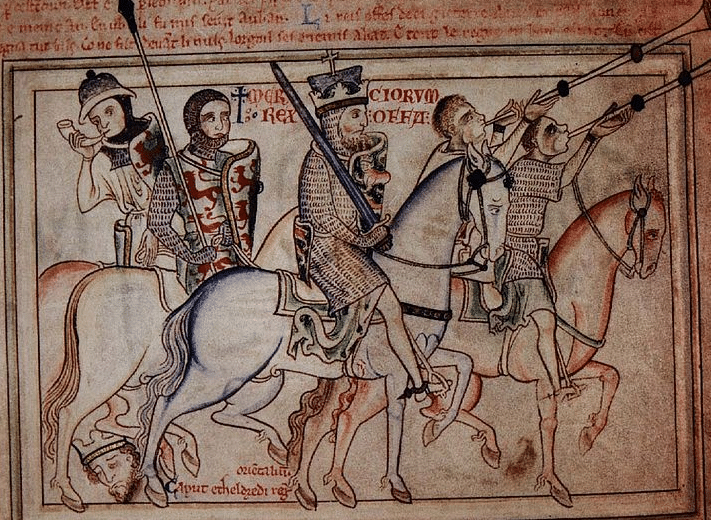 Ethelbald, was murdered by his own rebellious and ill disciplined thanes after they lost a battle to the West Saxons. After a long (forty years) reign, during which time he kept his people safe from incursions into their territory and during which time, he had secured many of the southern territories under the rule of Mercia 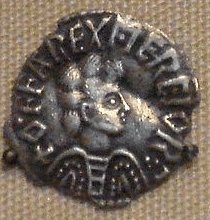 King Offa attempted to hold together a united England but met with some obstacles.

Mercians fought alongside other kingdoms, such as that of Kent, only to fight against them in some further struggle.  Despite the atmosphere of inner strife that prevailed all over the land at that time, Offa for all his own often oppressive tactics, became known as a much-respected ruler and England rose to a position of power and influence in Europe.

So what exactly did King Offa do? 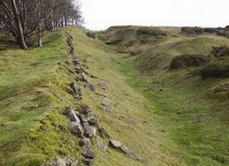 What was Offa’s Dyke, built between Wales and England, covering a distance of 80 miles?

The first mention of Offa’s Dyke occurs in Asser’s ‘Life of King Alfred’, written in 893, nearly 100 years after the dyke’s construction is thought to have been begun:

“There was in Mercia in fairly recent times a certain vigorous king called Offa, who terrified all the neighbouring kings and provinces around him, and who had a great dyke built between Wales and Mercia from sea to sea”.

There is no doubt that the reign of King Offa brought about great change in how England would be ruled and introduced new ideas from his dealings with Charlemagne. The lack of contemporary writings leave us with just the shadow of the man, one of his most beguiling legacies being the dyke, the other a small gold coin which has long been conjectured over, raising all sorts of questions about his faith and his life.