Isabella of Gloucester The First Wife of King John

Dec 17, 2014 / Comments Off on Isabella of Gloucester The First Wife of King John

Isabella of Gloucester joined the ‘never quite making it to Queen’ club when she married Prince John.

As is the case with so many Medieval woman, little is really known about Isabella of Gloucester. Of her father, William FitzRobert Earl of Gloucester, much more is known.

William was the grandson of King Henry I through one of his illegitimate children, Robert. Robert had been a staunch supporter of Matilda, King Henry’s mother, during the troubled period of the first civil war and William was not slow to make good use of his Royal connections and became a loyal supporter of King Henry II, when Henry faced hostility from his wife Eleanor of Aquitaine and his elder sons. This was a shrewd move on the part of William. He and his family profited hugely from their loyalty and by the time of Isabella’s birth in about 1173 they were one of the wealthiest and best connected families in England.

But the wealth and connections were not just on her fathers side, Isabella’s mother was Lady Hawisa de Beaumont

Despite these lofty connections with the Royal household, such was the situation of the Royal family at the time, there was little trust to go around and Isabella’s father fell in and out of favour with King Henry.

The Earl’s only son, Robert, had died in childbirth and left with three daughters, Isabella being one of them, the Earl was forced into a deal with the King, by which he would forfeit all his wealth to the crown upon his death.

This seems like a mighty forfeit and it must have stuck bitterly in the throat of the Earl.

This was a shrewd move on the part of King Henry II who faced a dilemma in trying to give his youngest son John nicknamed ‘John Lackland’ property and land of his own.

The King had his eye on the wealth of the Earl of Gloucester as the perfect solution to his problem but the Earl was not going to give up without a fight. An agreement was made between the Earl and the King that John would inherit all of Gloucester’s wealth in return for marrying one of  the Earl’s daughters, Mabel, Alice or Isabella. It is thought that Isabella was the eldest daughter and therefore chosen to become betrothed to John, she was aged just three years old.

Such was the fate of the Medieval woman, treated as the property of her father, to be used as a negotiating tool, as and when the need arose.

Prince John quickly worked out that should Richard die without an heir, he would become King. He also realised that he needed to produce an heir of his own and on  the 29th August 1189 he married Isabella at Malborough Castle. Isabella was sixteen years old. 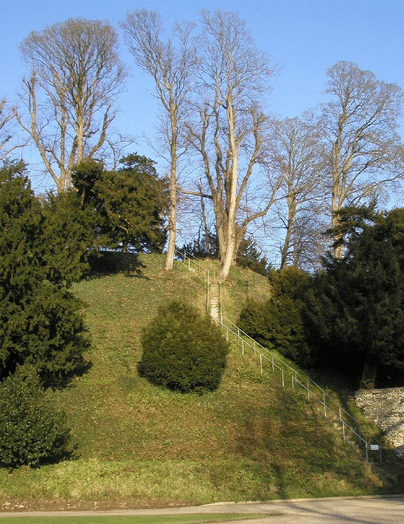 The Motte of Marlborough Castle

But as in all well laid plans, there was trouble ahead

Because Isabella and John shared a great grandfather King Henry I, they needed dispensation from the Vatican in order to marry, which they did not have. The Archbishop of Canterbury Baldwin of Ford, objected to the marriage of John and Isabella on the grounds of consanguininity. John agreed to getting a papl dispensation but he never, the Archbishop placed John’s land under an interdict but the Archbishop died and a papal legate declared the marriage legal.

In a way though this played rather neatly into John’s hands, any doubt over the legality of his marriage to Isabella could be used to ditch her if the need arose later on, as it did.

John’s machinations to grab what power he could, however he could, were unstoppable. With King Richard away on crusade John worked tirelessly to serve his own ends. Poor Isabella was used, just as her father had used her, as a pawn, to be moved about by this game player and that. Prince John attempted to divorce her in 1193 in order to marry one of the King of France’s daughters. This attempt was thwarted by King Richard and his mother.

In 1199, King Richard died and the newly crowned King John chose to divorce Isabella on the grounds it was an illegal marriage. 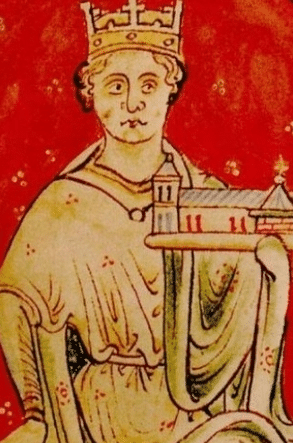 Isabella did not contest this and despite the Pope’s concerns, the marriage was annulled. Isabella’s total compliance may have been born out of fear of John, whose cruel and despotic behaviour is well recorded.

King John then married Isabella of Angoulême, who he had in his usual caring and chivalrous way kidnapped and abused (she was betrothed to another at the time)

King John had placed Isabella in her own household in Winchester, with a yearly allowance of £80 but he then required her to further humiliate herself by becoming chaperone to his new Queen.

Once he had used her in this way, he dispatched her to live in far flung Dorset. In a final act of humiliation he ‘sold’ Isabella to the Earl of Essex in exchange for twenty thousand marks. She was too old to bear him childre, it was a property match for the Earl of Essex but even then King John had the last laugh as he witheld some of her most valuable income property.

Maybe Isabella did laugh last though

Isabella and her new husband had both been badly treated by King John and were supporters of the Baron’s rebellion which ended in the Magna Carta and much humiliation for King John. His shameful antics riding rough shod over their land and property rights was just the sort of behaviour that drove the barons to take the action they did.

Isabella’s husband died and she took a third husband  Hubert de Burgh, the future Earl of Kent, and a man who had just been made Chief Justiciar of England.

The two were in their fifty’s, in a wealthy and powerful position. This could have been Isabella’s hour but alas, fate was not on her side and she died shortly after the marriage.
Isabella lies buried in Canterbury Cathedral.

If the history of her life had been recorded in anyway, it would have been a fascinating read

She was married to one of the most vilified men in England’s history, she lay alongside men of power, she was over ridden by powerful women and yet she survived.

What influence did Isabella bring to bear on any of the situations she found herself in?

What did she have to say about King John to her second husband, what part did she play in the run up to the Magna Carta?

How did Isabella of Gloucester survive?