Who was ‘Fair Rosamund’ the mistress of King Henry II?

The life of King Henry II is one of the most fascinating and absorbing of all the Plantagenet kings, not least because of the women with whom he was associated. We know that one of these women, Eleanor of Aquitaine, was a manipulative and highly political figure in the machinations of the courts in France and England. The other was a woman that Henry did his best to keep secret, Rosamund Clifford.

King Henry II first openly acknowledged his mistress, ‘Fair Rosamund’ when he was about forty years old, she, ten years younger. Their relationship was long standing and although many strange tales and legends surround their affair, a few things are known.

The background of Rosamund Clifford.

So who was the fair Rosamund? Her father was Walter Clifford, a nobleman who occupied a fortified house in the Wye Valley, where the waters of the River Wye left the land of Wales for England. He adopted the name Clifford after taking the estate of Clifford Castle. She was born before 1150, exactly when, is not known, she was one of at least six children. She lived her young life at the castle until she was sent to Godstow, near Oxford, to be taught by the nuns there. 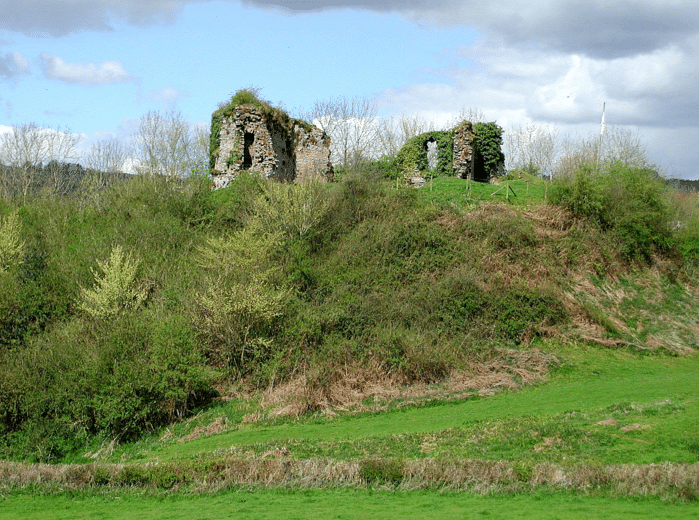 When did Henry and Rosamund meet?

Is it possible that the two met as young people and that their love affair started before Henry became embroiled in the politics of France and England?

If the age difference was indeed ten years, it seems unlikely that the two would have met, even though Henry, who was born in 1133, was sent from Anjou to Bristol in 1142. This places him conveniently close to Cliffords Castle in the Welsh marshes but Rosamund would, most likely, not even have been born then.  Henry returned to England in 1147 but again, Rosamund would only have been a very young child. Although there is no precise date for when Rosamund was born, she was said at her death in 1176 to be not quite thirty years old, suggesting a birth date of 1148 +/- 2 years.

Henry was born in Le Mans in France, his young life was fairly tumultuous. He is said to have had boundless energy, leaving others struggling to keep up. Herbert of Bosham compared him with a human chariot, drawing all behind him. Such a man was quick to exploit any opportunity given and he wasted no time in 1152, of taking the hand of Eleanor of Aquitaine, once  she was divorced from her first husband. He was just nineteen years old, Eleanor eleven years older than him.

So accepting that it is unlikely that Henry and Rosamund met before Henry married Eleanor, when did the two lovers cross paths? Some accounts say that the two met when Eleanor was pregnant with the King’s last child, John, in 1166. Henry was thirty three years old and Rosamund twenty three, they would have both been in the same locality of Woodstock during Eleanor’s confinement but a question remains.

How did Henry find time to cultivate such a love affair?

Henry was one of the most powerful rulers in western Europe. The Angevin empire and court was immense and Henry spent much of his time travelling. He had a constant throng of people surrounding him, asking him to intervene in matters of all sorts. It is said he showed great patience in dealing with those who sought his help. He was also a great huntsman and intellectual who enjoyed the discussion of intellectual problems and who saw each day as an opportunity to learn more. He also had many other mistresses, so just how did he find time for Rosamund?

Henry was crowned in 1154 and then spent six and a half years out of the first eight years of his reign in France. If this is the case then it would seem that Henry really had had little time to cultivate and maintain an earlier love affair with Rosamund. 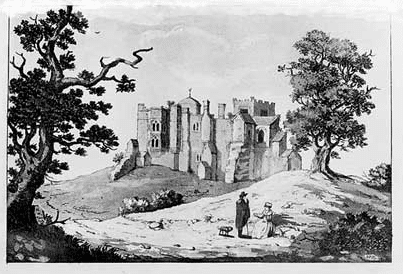 The birth of Henry’s son John

It is thought that Rosamund was ensconced in the palace at Woodstock when Eleanor gave birth to Henry’s son John and that Henry had met and fallen deeply in love with Rosamund during the Queen’s pregnancy. She may well have been part of his court, she was after all a nobleman’s daughter and she had been educated in Godstow, close by.

Henry had by all accounts, taken great care to keep Rosamund a great secret, he had shown little regard for his other mistresses so we might assume that Rosamund meant very much more to him. Queen Eleanor had given Henry eight children and returning to France, left the field open for the affair between Rosamund and Henry to flourish.

Rosamund would have had little say in the matter regarding her position but it would have been made easier by the absence of the Queen. Given how much Henry was travelling it is inconceivable that Rosamund did not travel with him as part of his entourage and maybe it was at this point that the affair became obvious to all.

Henry created a home for Rosamund at Woodstock.  Woodstock probably wasn’t a palace as we think of it but a comfortable home. Here Henry had created a pleasure garden for Eleanor. It is said that he built a bower and garden for her including a maze. The maze became part of the myths and legends that surrounded Rosamund. The story describes how the jealous Eleanor sought out Rosamund in the maze and forced her to choose the means of her own death, a dagger or a bowl of poison. Myth has it that Rosamund chose poison.

When the crossover between myth and reality began is uncertain but stories soon began to circulate about the affair.

Gerald of Wales, the chronicler, was quick to use the opportunity to launch a scathing public attack on Rosamond.  Of course his victim was inteded to be the King himself because of his attacks upon the Welsh but it was the fair Rosamund that suffered the most. He mocked the King’s mistress as Rosa-immundi, “Rose of Unchastity” and how Henry’s detractors enjoyed that.  For Rosamond, the cruel gossip was possibly too much and it may be that at this point she returned to join the sisters at Godstow Nunnery. 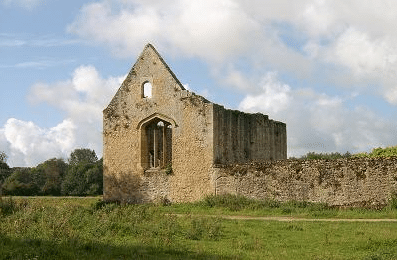 The ruins at Godstow

The death of fair Rosamund

Rosamund died before her thirtieth birthday in 1176. King Henry and the Clifford family paid for her tomb at Godstow in the choir of the monastery church and for an endowment that would ensure care of the tomb by the nuns. Henry and her family continued to make gifts to the house for years after her death in memory of her. It was this act that has illuminated the depth of love Henry felt for her. To build such a splendid tomb for her, spoke of his love.

It became a shrine but was badly looked upon by the Bishop of Lincoln who ordered her remains to be removed from the church and be buried outside. His reasoning to warn other women to stay clear of illicit and adulterous intercourse. So her tomb was moved close to the nun’s chapter house where it was still visited until destroyed during the dissolution.

In the writing of the 16th century German traveller, Paul Hentzner, he recalls having seen her tomb and describing it thus;

‘Not far from this palace (Woodstock) are to be seen near a spring of the brightest water, the ruins of the habitation of Rosamund Clifford whose exquisite beauty so entirely captivated the heart of King Henry II that he lost the thought of all other women. She is said to be poisoned at last by the queen. All that remains of her tomb of stone, the letters of which are almost all worn out, is the line,

“Let them adore… and we pray that rest be given to you, Rosamund.”

Followed by a rhyming epitaph:

“Here in the tomb lies the rose of the world, not a pure rose; she who used to smell sweet, still smells–but not sweet.”

Surely not the last??

Fair Rosamund has the last word

Such was the legend of Rosamund that she was remembered hundreds of years after her death, that Hentzner should know of her nearly five hundred years later, is interesting. She is remembered through poetry and writings and her alleged beauty inspired many to paint. She shares a place in history along with other royal mistresses such as Jane Shore. They remain enigmas, surrounded by myth and legend and long may it continue. 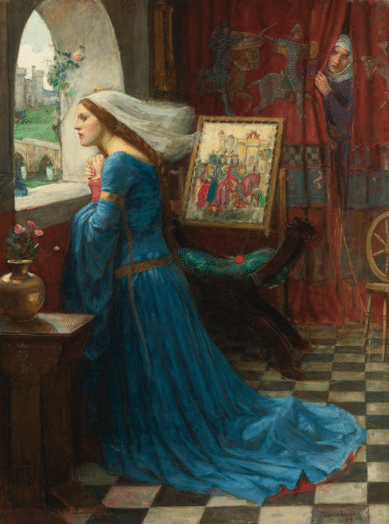