The English Medieval Pilgrimage is recorded in one of our earliest books.

The tale of the pilgrim is forever enshrined in Chaucer’s ‘Canterbury Tales’, the story of a group of pilgrims on a journey from London to Canterbury to visit the shrine of St Thomas Becket. The pilgrims are in competition to tell two stories on the way out and two on the way back. The most entertaining story teller will be given a free supper at the inn on their return. The actual purpose for such a group setting out is taken as completely normal, not an out of the ordinary event in itself but just a part of Medieval life. 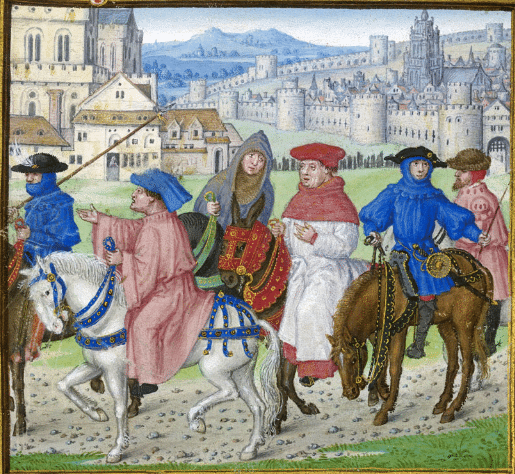 The pilgrim was making a journey to a holy place.

The holy place was usually the shrine of a saint, the stories of these saints told and retold over centuries. The route of the pilgrim may have taken them from major shrine to major shrine with lesser ones added along the way. A small industry evolved to service these pilgrims, lodging, food etc.

The purpose of the pilgrimage was many-fold, the meaning of the pilgrimage changing over time, according to the culture and needs of the people taking part. Maybe one of the most important things was the repetition of the steps taken by the pilgrims that went before them, a way of re- invoking the message, the significance.

The origins of pilgrimage.

Many scholars have researched the origins of the idea of pilgrimage and been aided in their research by Anglo Saxon and Celtic texts that refer to pilgrimage as having the same meaning as exile or banishment. Irish pilgrims of the 7th century onwards seem to have wandered their way across Europe and as Christianity spread through England Bede notes that a number of converts have decided to live a life in exile, on pilgrimage, searching for salvation. In fact it is recorded that some would choose to live their whole life on pilgrimage. As time passed though these wandering pilgrims were questioned as to their purpose and as the church became more formally established those that went on pilgrimage were more learned and had a wider agenda.

Pilgrimage was not just a matter for individual concern. The Celtic church had evolved a well established set of ‘laws’ that governed what penance an individual would serve for any committed sin. There at the top of sins, that of murder, the penance was one of exile and banishment from their community, they would go on a perpetual pilgrimage, devoid of company, living on bread and water, living outdoors. Such a pilgrimage might be to Rome or the Holy Land. Once that vow of pilgrimage was taken, those caught dodging it were executed.

The Anglo Saxon laws used banishment as a punishment.

There are several Saxon law codes that use the idea of exile as the ultimate punishment. Edgar 959 – 975, in determining how a hundred should be held, states that a man determined as a thief in a hundred shall pay an escalating series of fines, should he fail to pay;

for the fourth time, let him forfeit all that he owns, and be an outlaw, unless the king allow Him to remain in the country. 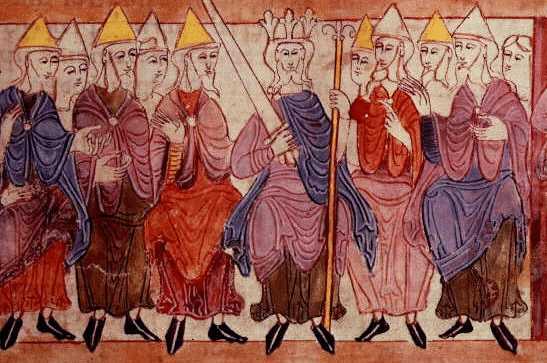 By the close of the 12th century penitential pilgrimage was being overtaken by indulgent pilgrimage.

The growth of the early Christian church and the seemingly ready adoption of Christianity by the British created an atmosphere in which people wanted to go on voluntary pilgrimage, to see the places of the saints, pay respect, seek favour and indulgences, cleanse themselves of sin. This had a great effect, it spread learning and knowledge. Wilfrid left to go on pilgrimage to Rome where he felt an overpowering need to visit the See of St Peter, cleanse himself of all sin. This he did and whilst about it managed to fit in a journey around other lesser shrines. He came back home arms full of relics and it was with this knowledge and gusto behind him that he moved forward with his evangelizing mission. In a way it acted like the Grand Tour undertaken by wealthy individuals in the 17th century, the objectives were different but the gain in knowledge from being exposed to new cultures etc resulted in change. 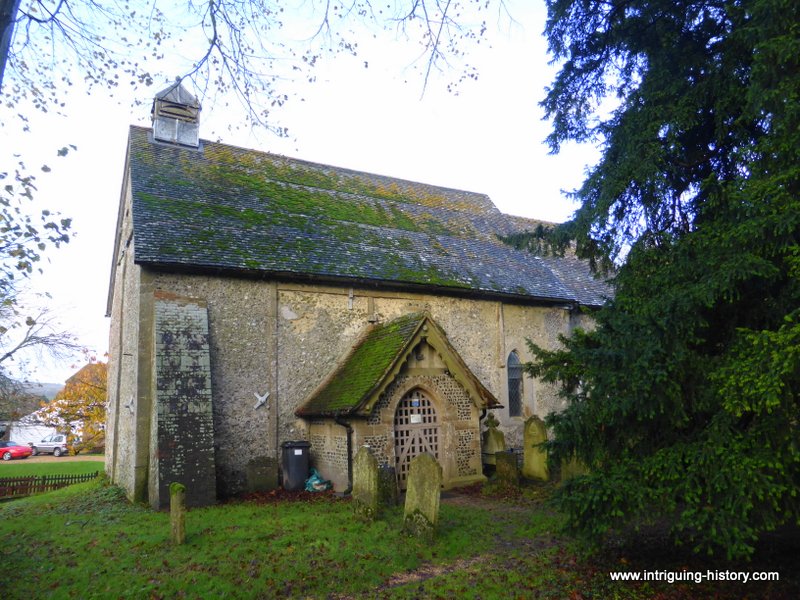 What is an indulgence?

We know what an indulgence means to us on a personal level but what does it mean when we are talking about pilgrimage? The Vatican explains the meaning of the ‘Gift of Indulgence’ thus;

So the pilgrim was able to visit the shrine of a local or faraway saint to gain the sanctioned indulgence but some visited for another reason altogether, the hope of healing.

Having sainthood bestowed on a person in Medieval times was a local affair, largely determined by the relics of the soon to be saint, having miraculous healing powers. Miracles drew pilgrims and where there were pilgrims, money followed. Clergy therefore were happy for miracles at the shrine of their saint as long as those coming for miraculous cures left. If they stayed then they became a drain on the church. So pilgrimages for healing purposes were treated as a double edged sword by the clergy. Sceptics challenged the status of such claims but still certain shrines drew thousands of pilgrims, the shrine of St Thomas  Becket being one such place. Pilgrims may also have visited churches where wall paintings depicted their favoured saint. The wall painting at St James church Bramley Hampshire is a wonderful depiction of the story of Thomas  Becket, painted within fifty years of his death. 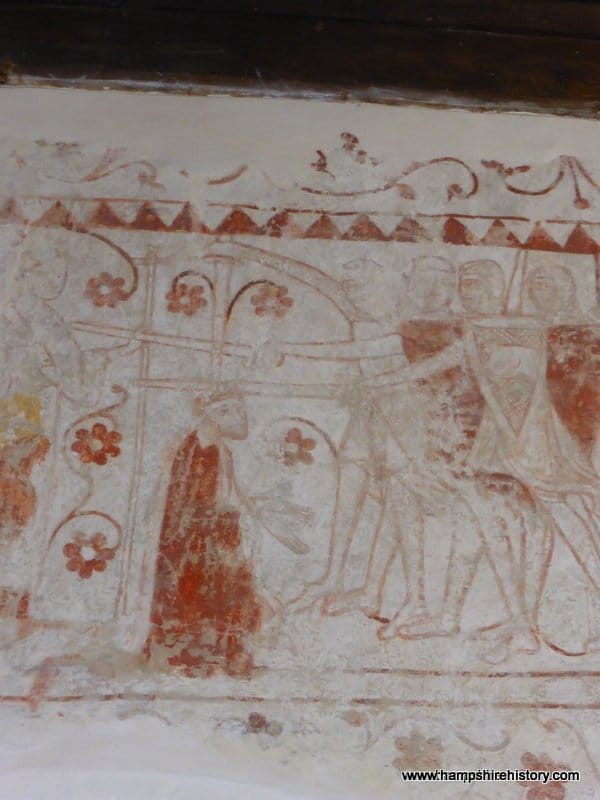 The shrines and pilgrimage routes

Shrines appear to pop up in surprising numbers across England. Presumably the most sought after pilgrimages were those to Rome, Santiago or the Holy Land but money and time must have limited such pilgrimages to those who could afford either or both. With that assumption in place, local shrines or shrines linked by an accessible route must have been popular. After the Conquest, there was a fervour of church building activity. These churches would have been dressed with images and relics of the saints, with fantastic colours and gold-leaf giving it all an appearance of the majesty of heaven. If in amongst it all there was a relic of a saint, then it is entirely plausible that such a place may become a shrine, a place people would travel to seek indulgence or cure. These local shrines may not have had the same status as the great shrines but they satisfied the need for the simple pilgrim. Indeed some of these local shrines may have been a connection with pre- Christian connections of the past, where something such as a spring was venerated, Spring or Winter festival days, all such could possibly be rolled up into shrines and pilgrimage. Pilgrimages from parish churches and manor chapels to the Minster or mother church and shrine could also be wrapped up in annual or seasonal processions. Pilgrimage became something the whole community could be involved with, it did not at this point have to be a major overseas pilgrimage although these obviously were still taking place. 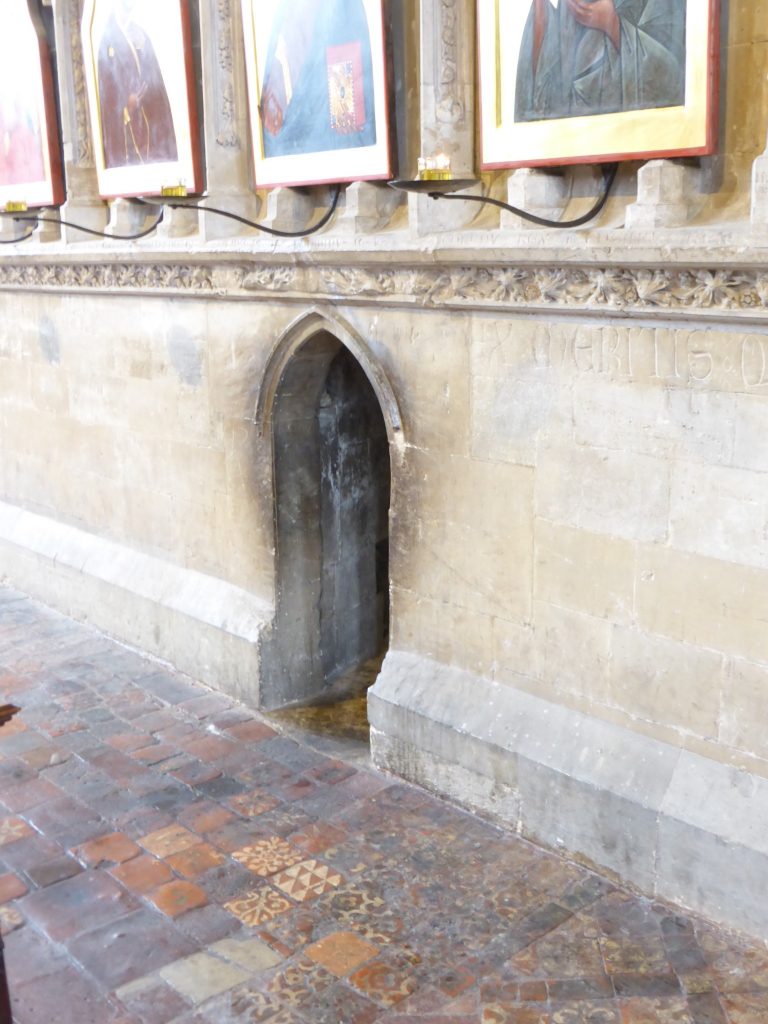 The hole through which pilgrims crawled their way to the shrine of St Swithun Winchester.

The Medieval Church recognised and revered many saints.  Not all saints became a focus of pilgrimage. The physical proximity people sought with certain saints meant that they had to journey to achieve that. Of course not all the Medieval saints were contemporaries of Jesus. Some were Anglo Saxon figure and some were historical characters, probably two of the best known of these were St Thomas a Becket and St Edward the Confessor. Others were nebulous figures such as St George, whose legends served to promote their cause. Some of the saints who created great followings of cults and pilgrimage around them include, St Katherine (who may well have had her fair share of female pilgrims), St James (Santiago), St Christopher, St Edward the Confessor, St Francis, St Ursula, St Julian the Hospitaller, St Swithun and many more besides. 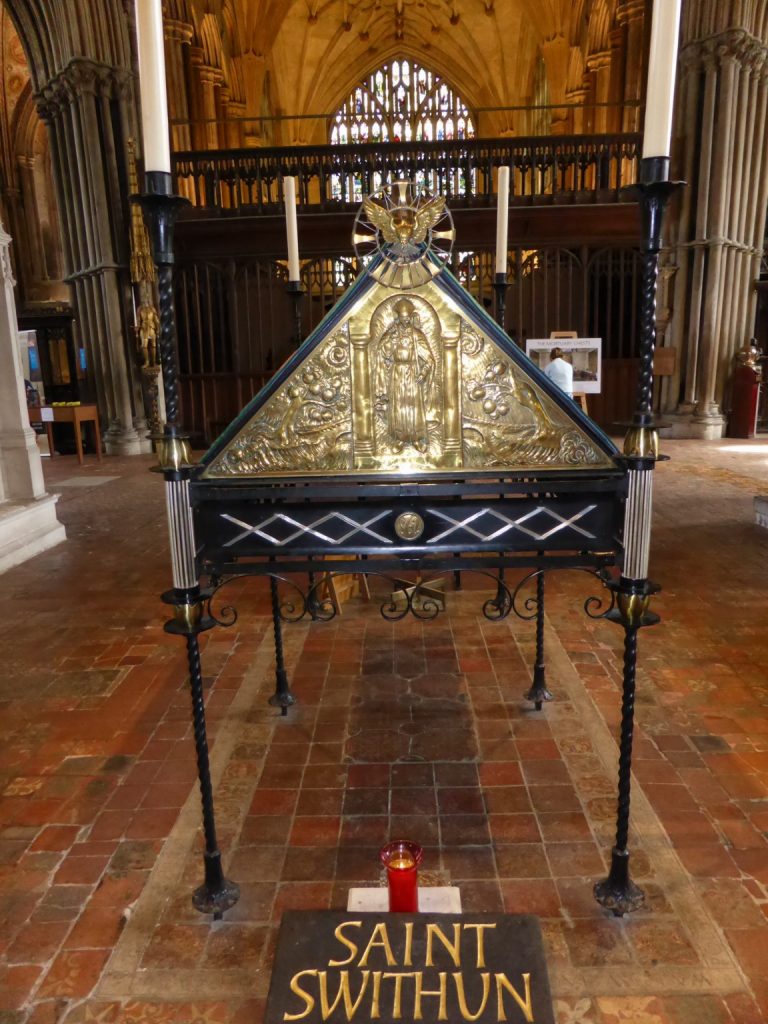 So what did this pilgrim figure look like, where did they feed and sleep, what did they carry with them? So as the pilgrim moved from the isolated individual to it being a more collective action, taken on a personal basis but shared with others, there appears as is so often the way, a collective attire. The Medieval pilgrim would have worn a tunic on which was drawn a red cross ( here the question of the Crusaders, were they Crusaders or pilgrims)? They carried a wooden staff and across their body they wound a very long scarf. They carried a small leather bag and wore a wide brimmed hat. All these things helped them manage their journey better. The staff helped the act of walking and could be used to lean on, the hat kept them from inclement weather or the hot sun. The scarf kept them warm and could be used as a blanket at night. The leather bag carried food and other property. All very purposeful items but drawn into a powerful image and used as symbols for the Christian message. 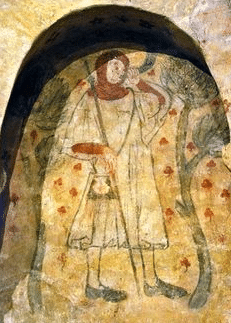 The cross of the pilgrim, emblazoned on their tunic and worn around their neck is there for all to see that these are Christian pilgrims but what of the scallop shell of St James of Santiago? What is the story behind that? The shell was carried by those on the Medieval pilgrimage to Santiago. Over time the scallop shell has taken on mythical and metaphorical meanings. The shells can be found off the coast and maybe were collected by pilgrims as a sign they had actually been to Santiago on pilgrimage. It would also have made a handy cup or bowl. Various other stories persist but whatever the truth, the scallop shell remains the symbol for this pilgrimage.

Pilgrim badges are a fascinating glimpse into pilgrimage, just as we return from our holidays with some souvenir from the places we have visited, so did the pilgrims collect there own ‘souvenir’. Just like today people visiting an important event or place may pick up something, pilgrims were not above taking a piece of the relic away with them. The clerics got around this by allowing special badges or amulets to be made and sold outside the shrine. These metal souvenirs were massed produced and remind me of the badges that can be bought in the Alpine districts of Europe to nail upon your walking stick. The London Museum has an excellent account of these badges and what might have happened to them when the pilgrims returned home. The idea of them just as a souvenir is wrong though. It was believed that by placing these badges against the shrine then healing powers might be transferred, these badges were then brought home, maybe for family members too ill to take such a pilgrimage. 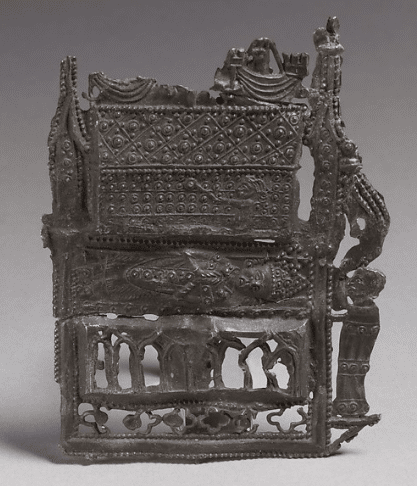 A pilgrim badge for the shrine of St Swithun

Why did the Medieval pilgrimage come to an end?

In a nutshell, in 1538, King Henry VIII decided that enough was enough and that the idea of his people venerating saints as somehow on the same level as God (and therefore presumably him) was abhorent. He ordered the destruction of all the shrines and stole all the goods which they had amassed. He became rich and even more powerful and banned pilgrimages. There, in reality, ended the Medieval pilgrimage. Thank goodness for Chaucer and his colourful description of events to place in front of us what appears to have been a common event in Medieval life.